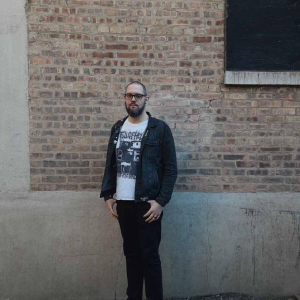 10 Grindcore Bands To Check Out

Grindcore is one of the most influential genres out there in the world of heavy music. With the British term “grind” for thrash, and the “core” of hardcore, grindcore is extreme, fast, and repulsive. With most of it being pure noise, distortion, speeding blast beats and inaudible screaming, it can actually be pretty tough to get into. That being said, it’s still a genre that folks should know, since there are some incredible bands that come from it. Here are ten grindcore bands to check out for those new to the genre.

These guys out of Singapore know how to bring the chaos. The band is able to capture excellent moments of melody and shifting auras of emotion to accompany their rage.

Deeper vocals that have dragged their way out of hell, Vermin Womb descends into raging lows in each song. There’s a darkness that surrounds the music, emitting a pure wretched aura.

What makes Agoraphobic Nosebleed unique is their strength in instrumental delivery, along with the spoken word brutality by both vocalists. These folks in the past have only ever known what it means to be crass, and it is only recently where their newest EP shows off bits of poetic darkness.

The idea behind this band is total annihilation through unrelenting drum beats and distortion. Insect Warfare never takes a pause, and goes for a brutal delivery in their pummeling.

This is one of the biggest names in grindcore. Pig Destroyer is much easier to process than the majority of the names on this list, but don’t mistake that for them taking it easy. This is a different kind of grind that’s at once nasty and direct. There is no such thing as being polite with these guys.

Even when Wake is taking things slowly, it never loosens up on the rage. Each song rises with a grime and beauty that comes with subtle moments of melody, creating for a haunting experience.

Capturing some death metal aspects within their grind, Kataplexis goes from chugs and hefty vocals, to sliding speed and screeches. From beginning to end there is a murky nature coming from these decrepit grinders.

Carcass is one of the godfathers (if not THE one), that began “goregrind” (grindcore that meets lyrical themes of gore and violence). While in their early years the instrumentals and grimy vocals truly captured that grind essence, they’ve eased up in recent times just ever so slightly (but not losing any bit of their ferocity).

Absolute legends in the world of grindcore. Vocally one of the most audible bands in the genre, Brutal Truth was devastating in how they delivered whatever the hell they wanted with their rage.

Another grindcore band that leans towards death metal, Cephalic Carnage eases up on the typical grindcore vocals, and sticks more to convention when it comes to instrumentals. There are some great vocal lows that come off creepy and alien, accompanied by phenomenal grooves in their instrumentals.