As if becoming addicted to an inanimate object seems impossible, falling in love with an idea is as dangerous as falling in love with that blonde who sits across from you at work. Touring is a rambunctious aspect of the music industry and one that plenty of people strive for. Contributor Sean Gonzalez is one of those individuals who fell victim to the heart of the road, and is back out on tour, this time with Las Vegas act Alaska.

Chicago opened their arms to us as we drove through their anger inducing traffic to get lost in a parking garage before hitting the city. Once outside the underground garage, we found ourselves right at the heart of the tourist section of downtown, where Millennium Park met the heart of buildings taller than the world we were trying to take on. We walked around in search of a vegan restaurant, in which we ate and stared at the marvels of the city. What is a trip to the heart of Chicago without heading over to see The Bean? We stood in its oddly shaped plunder like pirates of the road who had found themselves staring into a two way mirror. Staring back was the ominous thought of being back at home.

Shout out to the Beat Kitchen for giving us our own backstage room to hang out in with a tub full of beer to drink — that is full of 12 oz. cans of Sam Adam’s Summer Ale. The extra relaxation of the back stage was very appreciated, and the venue’s diligent nature at keeping to a schedule was a relief in contrast with the ever loved “punk time” of most D.I.Y. shows. This was Alaska’s last night with Del Paxton as well, I could feel the departure in their set. This package made best friends between people from across the country. Alaska are huge fans of Del Paxton; Del Paxton are huge fans of Alaska; I get to be a fan of both. The memories made between the bands went farther than playing back to back, but sharing stories and experiences with nothing but love. 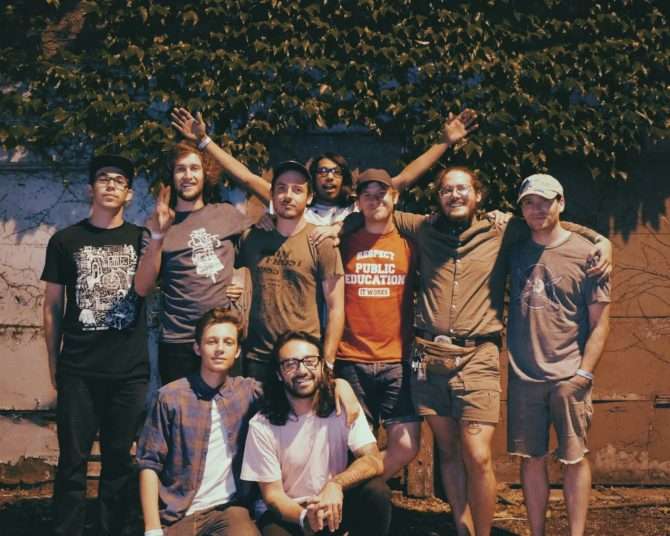 After the Chicago date Alaska stared long drives in between the next few cities. The midwest, while offering great highway systems thanks to Dwight Eisenhower, has torturous time spans between cities. Once in St. Louis we went to a coffee tasting event before the show began. Staghorn hosted the show, putting on a full post-rock event that was attended by the best of music lovers. Their space acts as living quarters, a do it yourself shop to build equipment and a wonderful (albeit loud) venue for bands. They let Alaska and myself cleanse ourselves, sleep and met us for breakfast. The hospitality appreciated in the grand scheme of the tour, hell every ounce of hospitality is needed.

On the way to Kansas City we drove through a vicious storm cell for about an hour’s worth of heavy rain. Driving in rain like that throws my anxiety through my intestines and into huge knots that rarely work themselves back out. Luckily Alaska was in one of the greatest cities across the midwest, except our time was limited. Californo’s is located in the center of a vast amount of bars, restaurants and delicate shops. Once again, the venue made sure we were taken care of with half off drinks, stellar companionship and one of the better crowds Alaska had seen.

Once at the apartment complex where the band would be staying, I was asleep in the van when the police arrived to question exactly what it was I was doing. I had been in and out of sleep since Alaska hit Taco Bell, in which I passed on that. Usually, a member of the band sleeps in the van to protect from being robbed (which happens all too often) and I enjoy the van, it is another kind of home. After some questioning, the cops checked my criminal record (empty) before laughing off the situation in which 20 people had left the van in order to vandalize the property (ridiculous). I was allowed to drift back to sleep.

The final day of my run with Alaska consisted of a long drive between Kansas City and Denver. At times it felt even as we got closer the time would take longer. Nick slaughtered that drive and stayed alert and awake throughout the whole thing. There was a giddy excitement in arriving back to my city, but only until I realized I had to walk through my front door, facing the lone settlement of life once again. Before that, I met one of my closest friends at Illegal Pete’s (which thank them for feeding starving artists, i.e. touring bands) with a much needed hug. I departed with Alaska, was driven home by the very person that drove me to the airport to meet the band. Life comes in circles, tours go in cycles, and I am glad to be in this sphere of the music industry. 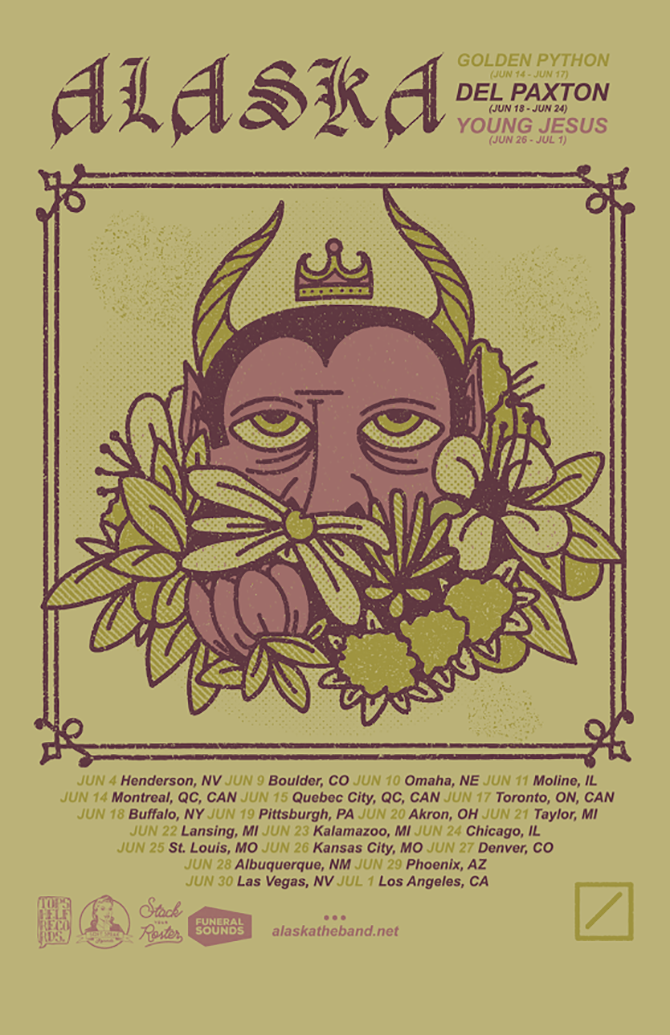