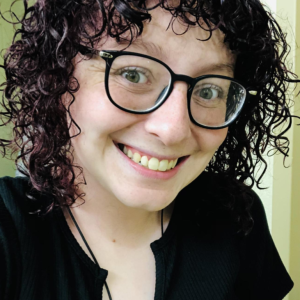 It’s hard to believe 2022 has come and gone so quickly. Nonetheless, here we are at everyone’s favorite time of the year: the moment when we all compile our top ten releases. In preparation, I’ve re-listened to my “short-list” of about 28 albums and EPs and then made some rather difficult cuts. To say the least, it’s been a heck of a year for music releases.

Rife with raucous energy and spirit, Gogol Bordello’s newest album Solidaritine is about resilience in the face of extreme adversity. Though it was written before the war in Ukraine escalated, it still captures the essence of empathy, bravery, and hope of the human spirit. Solidaritine is the perfect blend of Eastern European influence and punk.

Starcrawler started the year off strong, opening for My Chemical Romance on their U.K. tour. From there, they had a song featured on the new Jackass film soundtrack and, of course, released their newest album She Said. Frontwoman Arrow De Wilde, whose vocals and stage presence is like the lovechild of David Bowie and Iggy Pop, gives a raw yet refined performance in this record that’s made to be listened to in your car with the windows down.

The staples of any PUP album are dark humor and self-deprecating lyrics. Undoubtedly, THE UNRAVELING OF PUPTHEBAND isn’t any different, portraying incredibly niche personal experiences that are somehow still universally relatable. Anthemic, that’s the best word to describe this album—both lyrically and musically, especially in the case of the album’s first single, “Waiting.”

Witch Fever’s debut album Congregation is a fearsome and relentless record, tackling issues like organized religion and the patriarchy. Infused with a heavy grunge influence and leering lyrics, vocalist Amy Walpole’s primal screams are a call to action. Reminiscent of Black Sabbath’s signature monolithic roar, Witch Fever are a lethal band destined for great things in the future.

6) Senses Fail – Hell is in Your Head (Pure Noise Records)

Thematically speaking, Hell is in Your Head is a darkly sublime record. The album tackles the difficult discussion of death and why we’re afraid of it. Taking inspiration from T.S. Eliot’s The Waste Land—a poem about World War I and the disillusionment that accompanied it—Senses Fail successfully co-opt the names of each section of the poem, giving five songs on the album the same names, “The Burial of the Dead,” “End of the World/A Game of Chess,” “Death by Water,” and “What the Thunder Said.” The result is a deeply imaginative record that speaks volumes about the world we live in today.

New Jersey’s Gel’s new EP Shock Therapy is dirty, grimy and sludgy, putting them at the forefront of the new hardcore movement sweeping the genre. Totaling to only six minutes in length, Shock Therapy (forgive the figurative language) is like a tornado—brief, beautiful, and deadly, destroying everything in its wake. 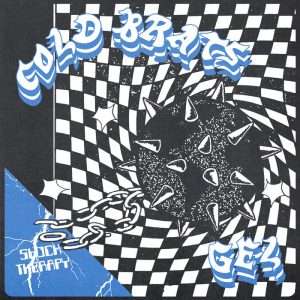 Equal parts goth rock and black metal, Devil Master’s Ecstasies of Never Ending Night is an ambitiously unconventional record. Spoiler alert: their risk pays off; the product is an album steeped in occultism, horror, and high-octane magic. What else can you call an album with a song titled “Funerary Gyre of Dreams & Madness.” With operatic guitars in minor-key, Devil Master’s third full-length album shows a more mature sound that’s sure to delight the stuffiest of metalheads.

3) No Devotion – No Oblivion (Velocity Records)

This year saw the long-awaited return of No Devotion, who released their first album in seven years. With its soaring vocals, hazy guitars, and foreboding bass, No Oblivion makes for a dreamy record full of heady gloom and imposing synths. Starkly contrasting their debut record in tone, No Oblivion looks inward to the tumultuous storm raging inside all of us, and the result is a disarmingly intimate record that was well-worth the seven-year wait.

“Stranger days ahead,” sings vocalist Sam Quartin in “Strange Days”—a highlight of the Bobby Lee’s newest album. Hailed by Iggy Pop and Henry Rollins, the Bobby Lees come into their own with “Bellevue.” The record is fast, loud, and dirty, revitalizing the punk genre by breaking it down to its basics while still maintaining a unique sound. Bassist Kendall Wind’s aggressive and fuzzy tones would make the late and great Glenn Snoddy proud. Seething with energy and deliciously facetious lyrics, they truly are one of the most dangerous bands in today’s scene.

More than a supergroup, L.S. Dunes are just five long-time friends getting together to make music and having a great time. The group’s debut record “Past Lives” is a tour de force of virtuosity, combining decades and decades of musical experience. Having two of today’s best guitarists in one band makes this a guitar driven record, as expected.

Frank Iero and Travis Stever take cues from one another, creating a unique and frenetic sound. Tim Payne’s textured bass grounds the explosive—yet not unwelcome—and driving drums from Tucker Rule. The cherry-on-top is Anthony Green’s cutting and bright voice, which sharply contrasts the morose lyrics of the album. The effect creates an emotional intensity and cathartic effect that is perhaps best portrayed in the album’s closer, “Sleep Cult,” as Green sings, “Sorry that I wish that I was dead.” Though Past Lives” was only released this month, it will surely become a timeless record.