“…as an unmuddied lake, Fred. As clear as an azure sky of deepest summer.”
– A Clockwork Orange

Touring is the art of chaos. Everyday is a risk and contains a dance with chaos, whether it’s in the form of long drives, lack of money and food, gear failure, self abuse with drugs and alcohol, or the natural tension caused by living as a family of four guys on the road together. Without it however, the music on stage each night wouldn’t sound the same.

Shows are the loud, adrenaline-filled environments where all of this chaos is caught and then released. We’ve played every night for the past three weeks, so by the time we reach the West Coast it’s time to come back down to earth; at least for a day or two before launching back into deep space. After our show in Reno, the promoter Josh (one cool motherfucker) invites us to crash at his place and spend our day off in Tahoe. It was there that we found what we had been looking for after destroying ourselves on and off the stage in the past weeks.

Mozart said that music is not in the notes, but rather it’s in the silence that surrounds them. We heard the music of Lake Tahoe loud and clear in the two days we spent there. In its waters, air, forests, and mountains we heard it all – silence.

Thanks to Josh for keeping Tahoe brutal, and everyone who has come out to the shows so far and had good times with us – you’re the reason we exist! 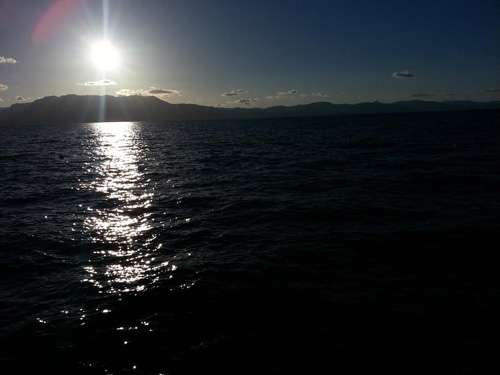 Pulse is out now on Century Media/Earache – Physical | iTunes

PrevKingdom Collapse’s Jonathan Norris Lists His Top 5 Workout Songs
Festival Review: South By So What 2014Next