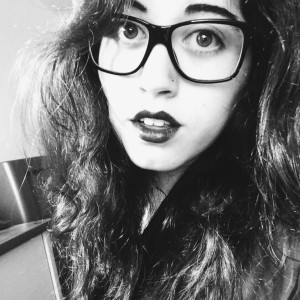 Exclusive: A Day In The Life of Northlane

I met up with Marcus, Alex, Josh, Jon, and Nic in Montreal just a few minutes before they got some amazing news: their long-awaited shipment had finally arrived, and it included, amongst other things, their cricket gear. The guys were unbelievably excited, and, after going down to La Tulipe’s basement and rummaging through the crates, they headed upstairs to play for a bit before they had to start loading in.

Once they loaded in, Northlane started getting their instruments set up and ready for sound check. By the time load-in was over for everyone, the venue floor was completely covered with every band’s gear. Jon may or may not have tried locking Marcus in one of the empty cases. Marcus may or may not have pretended to drive that case with an iPad as the steering wheel. “Vroom vroom!”

Although it was running a bit late, it was finally time for sound check. As this was an early show (the 4pm doors were pushed to 4:30!), fans were lined up and anxiously waiting by the time sound check ended. While most chose to head inside to get a prime spot in the crowd, a couple stayed outside to talk and hang with the guys instead.

After chilling outside with fans for a bit, I followed Marcus down to the green room for some down time and relaxation before their set. We ended up bonding over cute dogs on Instagram – most notably @marniethedog and @jiffpom (honorable mentions: I introduced him to the cuteness that is @thedogist and @buddyboowaggytails, and he showed me the wonderful world of @slowmotiondogs).

People came and went during the hour or two I spent down there, but one thing definitely stayed constant–the concern that the ceiling might actually cave in. The very evident up-and-down movement of the ceiling started during Oceans Ate Alaska, and as the night went on and In Hearts Wake and Like Moths To Flames took the stage, the shaking only intensified.

At some point, the guys contemplated what to tweet at Volumes (#beef). Finally, it was almost time for Northlane to go on, and they prepared for their set by stretching and getting themselves amped up. While everyone headed upstairs, Marcus stayed behind for a couple of minutes to do some vocal warm-ups. They started the set off with “Obelisk,” before going into “Leech” and then “Rot.” Impressively enough, half of the setlist came from 2014’s Singularity (“Quantum Flux,” “Aspire,” “Genesis,” “Scarab,” “Dream Awake”) and 2011’s Discoveries (“Dispossession”), and Marcus performed all the songs as if he’d been singing them for years. During the encore, “Masquerade,” Josh crowd surfed before coming back on stage and interacting with the fans alongside Marcus.

After a killer set, the guys waited for the floor to clear out so they could pack up and load out. Alex decided to work out and lift Nic’s drums a bit because why not? Marcus then headed over to the merch tables to sign stuff and take photos with fans. Once the venue emptied out, the guys hung out with and talked to fans until they had to leave. Shout-out to the dedicated fan who continued crowd surfing after breaking his nose!

Although this North American leg of the Node Tour is over, the guys aren’t slowing down any time soon. They’ll be touring Australia and Europe this fall, as well as co-headlining another North American tour with Volumes in November and December. Check out all the dates below, and definitely make sure to see them if they’re playing in your area!