Chicago pop-punkers Ship Captain Crew have put together a great track-by-track for their latest EP, House Of Mercury, and we’re giving it a good home here at New Noise Magazine.

The band has just released House of Mercury, which showcases a combination of melodic, punk-infused breakdowns with resonating and impactful instrumentals, refusing to conform to the pop-punk stereotypes, exploring darker themes and heavier overtones. The record was produced by Seth Henderson (Real Friends, Knuckle Puck, Forever Came Calling). 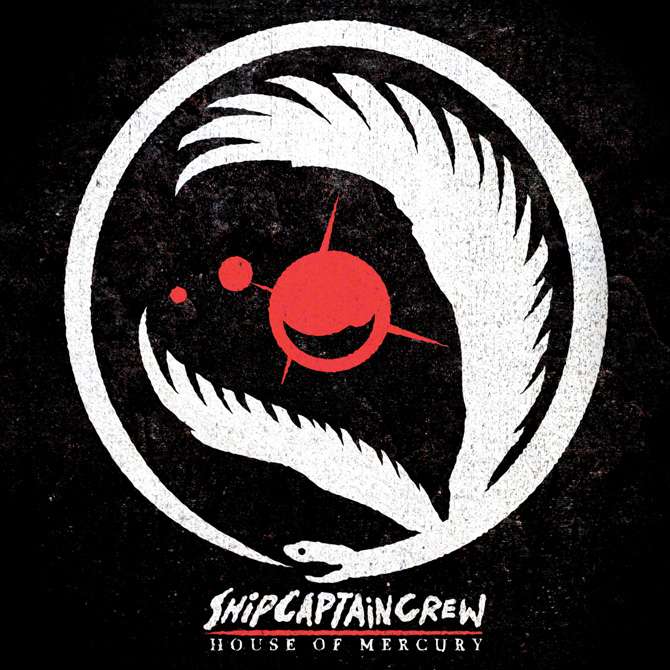 MR: This song really leapt out at us while writing it. Roger came to me with the first few lines of this ballad­y sounding song in waltz time. I knew we needed something like a brick to the face to start off the EP so I just started hitting the snare as hard as I could, and that’s how it started out, “I wrote a lot of things down…” I think we had the song done twenty minutes after starting it. It sort of grabs you by the throat and lays down the mantra for the rest of the songs. It takes a kind of quiet self­affirmation and turns it into a declaration of everything Ship Captain Crew. It became clear after writing this song the amount of potential we had as a group and if we wanted to be successful we would need a cohesive effort that was fresh & dynamic.

RM: The song is about coming to terms with the fact that we will never define ourselves or conform to expectations. It’s about realizing the person you thought you would be as a child is nothing like you now. Despite being a tangled mess at times, having hope for the people around you and staying true to your message, along with a little room to grow, will take you amazing places and over insurmountable hurdles. We also started taking tons and tons of notes while recording this EP. Everything was written down (quite illegibly) in notebooks.

RM: This was the first song we wrote off the EP. It’s about being scared to death of losing someone close to you. It might seem like a typical break­up song at first listen, but it’s meant to be a broader metaphor for different kinds of relationships. “Talking to Your Ghost”, meaning speaking with spirits from beyond this world, is meant to represent trying to reach out to someone that is already past the point of giving up. We also recorded some spoken word during the bridge by each choosing a different passage from a book and reading it aloud. We tried to capture what a room full of ghosts would sound like.

MR: It was also the first song we wrote after some members left the band. This gave Roger and I a chance to step back and ask ourselves “What do we want to accomplish?” as musicians. This allowed us to open up and just write whatever song we wanted without worrying about which genre it sounded like. We knew immediately that we had something special and if we wanted to do it right it would take all of our hearts and minds. Recording with Seth Henderson at ABG Studios was definitely the missing piece to that formula and he was a huge part of how the whole EP ended up sounding.

MR: This song was the most challenging for us to write and we almost ended up discarding it a few times. It definitely pushed our boundaries as musicians to make something intricate and delicate, but with an edge that kept us grounded in our roots. The perpetually changing rhythms and musical voices follow the cadence of the lyrics and take you on a roller coaster from start to finish. Ben and Angelo’s guitar really shines through on this one and I think it’s the song we are most proud of accomplishing off the EP.

RM: The lyrics in this song are the centerpiece of “House of Mercury” and hit the closest to home for me. It’s about forgiving yourself for all the guilt and blame one can self­inflict, putting all the “sleepless nights” in the past and waking up “ready to live again”. Despite feeling overwhelmed at times, and drenched with all the things that come at you every day, you can take all those emotions and use it to keep yourself grounded, a “cliff against the waves”. The outro of the song pretty much sums it up. If you are conscious of your past and all the stains and burdens you inherit that are beyond your control, you can grow and change and make it through another day.

RM: This song goes into greater detail of some of the themes touched upon in the earlier songs. It’s about leaving your comfort zone and facing your demons. The void inside of you can feel like its own entity at times. It will know you well, prey upon your deepest fears and cast doubt on all your hopes and dreams. You have to take that emptiness and turn it into strength in order to defeat it, like an alchemist wields their power to turn lead into gold. Even though you know you might return to that place where you once were, if you fight the evil things that walk your way head on then you never will.

MR: This one was a blast to record. It involved me throwing piles of sticks at the ground, wailing on bass drums with baseball bats and generally making a ruckus for the bridge. We also got to scream our lungs out on the gang vocals in the breakdown too. It’s definitely one of the heavier songs off the EP and really shows off our Emo roots.

MR: I Was Born is really a summary of “House of Mercury”, the musical and lyrical themes explored throughout and the journey we all took to become the band we are today. It starts right out of the gate, shuffling from the opening line through the verses and into melodic breakdowns. It wastes no time getting to the chorus, however, and every facet of Ship Captain Crew shines through. The ending of the song reaches a culmination of the band’s talents and emotions and leaves the listener, we hope, with the impression that we are a pop punk band with so much more to offer.

RM: This song ties everything together on the EP. I was born literally “under the setting sun”, 1030 at night, and it’s about being denied a full chance at seizing the day and having to play the hand that you’re dealt in life. If you can claim your fears, are honest about your faults, and stay true to yourself then you will find great power buried beneath the sadness and struggle in life. The ending comes to terms with the odyssey traveled throughout “House of Mercury”, and in the end, with a little more than just blind faith, you can achieve all of your wildest hopes and dreams. And maybe some “room to run”

PrevFestival Recap: Housecore Horror Festival 2014
A Day In The Life of Real FriendsNext