Fear Of A Queer Planet Turns The Table On Its Creator, Kelley O’Death

Portland, Oregon’s Kelley O’Death is not only the content manager and copy editor of New Noise Magazine, they also created this column dedicated to bringing queer and trans musicians to the forefront and asking them to speak their minds. Aside from editing and writing, they spend time volunteering at SMYRC, Portland’s Sexual and Gender Minority Youth Resource Center, which focuses on assisting queer youth in creating a present and future defined by safety, acceptance, and opportunity.

In my own life, the conversation surrounding sexual and gender fluidity has sparked an awakening. I recognized the beauty in artists and bands adopting more fluid pronouns such as “they” or “them.” I remember reading about PWR BTTM in Fear Of A Queer Planet and was inspired by their words, even going so far as to drop the column’s name to Liv Bruce at SXSW and have an intimate conversation.

In this special edition of FQP, I want to shed light on the inspiring work and mind of an individual attempting—and in my estimation, succeeding—to help spread awareness of these important issues and individuals. Whether they are mindfully digging into the abstract world or sending me motivational cat memes, O’Death is someone I turn to when trying to grasp the depths of the conversation and who has helped keep my own mind open and full of hope. 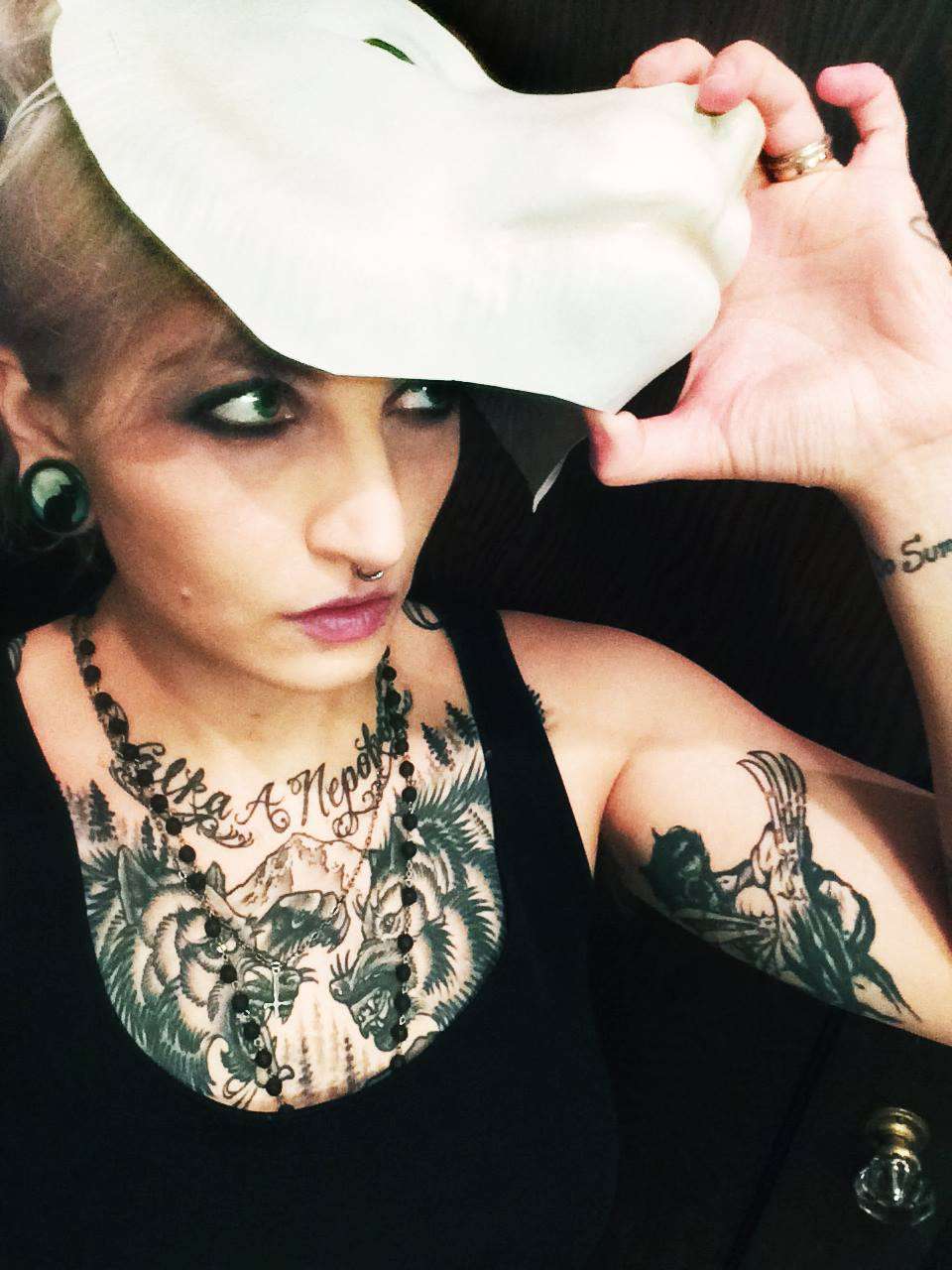 On Accepting Their Queerness:

Like many people who identify as queer, I realized I didn’t fit into a normatively gendered box when I was really young—probably 5 or 6—but I didn’t know what to do with that information. As a result, I developed a lot of unhealthy coping mechanisms to deal with my dysphoria and the world’s policing of gender and sexuality. I finally started addressing it in earnest after meeting my partner, who I’ve been with for about four years now. He really gave me the freedom to be who I am, though the years of repression have made it hard to figure out exactly who that is. It’s an ongoing process and a daily struggle, but it’s ultimately rewarding to be living at least marginally more authentically, no matter how difficult it is.

On Facing The World:

I’ve always been really self-aware—probably as a result of feeling like a total outsider and alien my whole life and having to reconcile that—so when I started confronting my own issues surrounding gender head on, I was flexing muscles that were already pretty strong. The most difficult thing for me has been trying to figure out how to translate the reality in my head into the outside world. I don’t fit neatly into any of the popular narratives of what it looks like to be trans or queer, so explaining my identity and convincing others to accept it without argument is always a challenge. Not only with the cis and/or het people in my life, but also with other members of the queer community, who are sometimes even more invested in policing others’ identities because theirs are so hard-won. As a result, I have a hard time advocating for myself, my own ideas, and my own queerness with others. Instead, I immerse myself in that world by doing work that I think will benefit the community, like providing resources for queer youth or helming the Fear Of A Queer Planet column, but I still mostly feel like an outsider and an alien. Sometimes it feels like bringing cake and ice cream to a party I wasn’t invited to [laughs].

I was raised moderately Catholic, so I inherited some ideas about self-sacrifice and the importance of doing “good works” that I can’t shake. However, I’m a firm believer that humans are incapable of doing anything that is 100 percent altruistic, and if I’m being totally honest, part of my impetus for getting involved with SMYRC and starting the column was to assert myself as a member of the community without asking to be accepted based on my own merits as a human. Call it fear of rejection or low self-esteem [laughs].

But, selfish, neurotic bullshit aside, the thing that keeps me going is the hope that supporting inclusive queer spaces will help others—especially young people—feel valid and important, and help them find resources to circumvent the ugliness the world throws at them. Even something as simple as picking up a magazine, reading someone’s story, and realizing you’re not alone or having a place to go where you can interact with others who accept you and where you can express yourself honestly without fear of being abused or socially ostracized can have a huge impact on your self-image and your ability to weather the storm of marginalization. It’s something I absolutely wish I had when I was young. Maybe I wouldn’t be as fucked up now [laughs]. 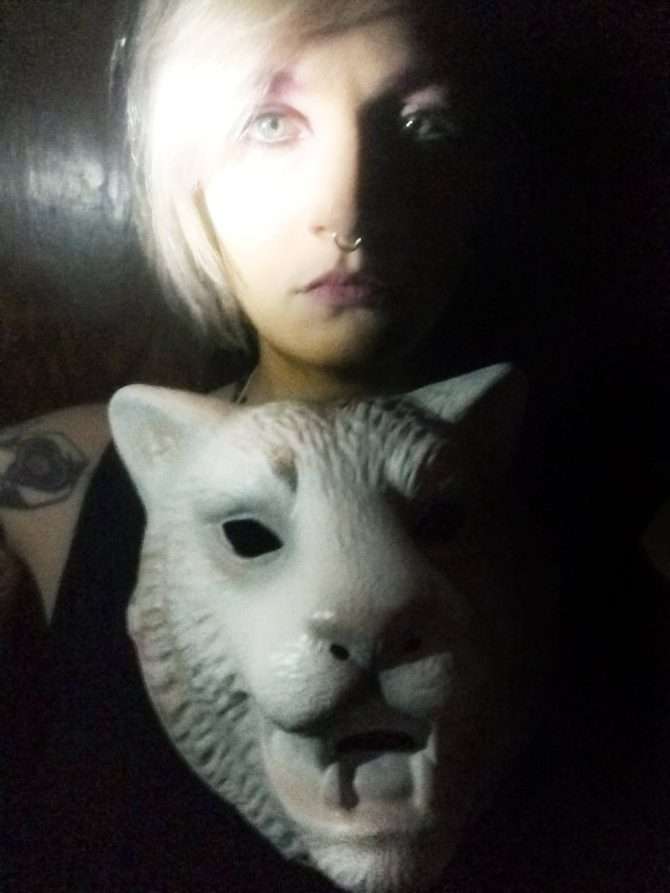 As awareness of issues surrounding gender and sexuality grows—and it definitely is growing by leaps and bounds—there are a lot of conflicting ideologies circulating about the direction we should be moving in. My opinions are no more “correct” than anyone else’s, but what I personally hope to see as we delve further into these conversations is a focus on inclusion and respect for one another’s humanity above all else. There’s a lot of tribalistic thinking and cultural warfare happening, and, while I understand where it comes from, I can’t help but feel that when you go to war, no matter which side wins, humanity loses. Obviously, we are still fighting for basic rights and battling the real world consequences of extreme marginalization, and that is going to require necessary defensive maneuvering. But I think it’s counterproductive to focus only on fighting people rather than systems or on pigeonholing individuals based solely on identity rather than ideology, and I hope our endgame looks less like a revised stratification of identities and more like an acceptance of their fluidity.

As a human who has more comic book tattoos than is decent, it’s really hard to pick a favorite superhero. It adds an extra layer of difficulty that my favorite comic character is a woman-abusing rapist pile of shit, which totally won’t win me any points with my fellow feminists [laughs]. As an absurdist, I have to admit to loving The Comedian from “Watchmen.” He’s a perfect example of the Sisyphean torment that accompanies gleefully acknowledging the unfeeling randomness of the universe and also being completely broken by it, because it’s irreconcilable with our human need to find objective meaning. He’s a deeply tragic character, all toxic masculinity on the surface and flailing, brokenhearted fool underneath.

He chooses to be free from our culture’s imposed morality, but is wounded by its absence, so instead of choosing to create his own subjective meaning that is pro-humanity, he becomes violently misanthropic. Ultimately, he ends up miserable, alone, and dead on a New York City sidewalk—spoilers! I see him as a reminder to create positive meaning in my own life, to force myself to be accountable to other people rather than allowing myself to be seduced by meaninglessness and fatalism. And it doesn’t hurt that Jeffrey Dean Morgan is an aesthetically pleasing person…

I took your fun question and made it all heavy. [Laughs] It’s my curse! 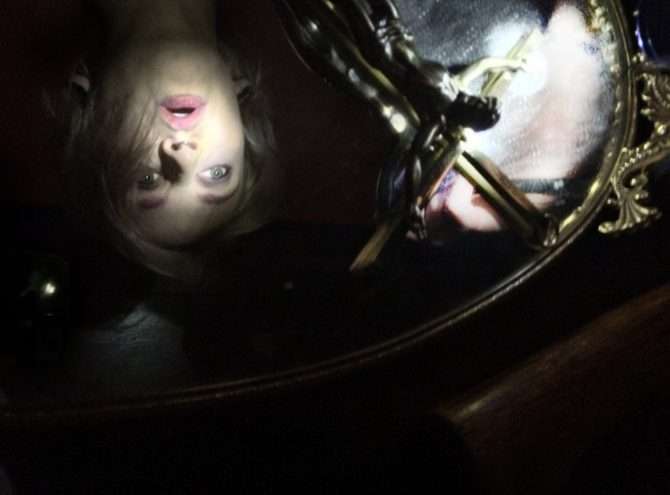 On Being Featured In Their Own Column—Has Meta Gone Too Far?

Seriously, though, I always strive to make FQP a place where queer individuals’ voices are presented relatively unfettered by outside perspectives, including my own. I have my own blind spots, biases, and agendas just like any other human, and I do my best not to let them interfere with others’ representation. But, to pull my own covers, I probably also utilize that policy to avoid having to discuss my own worldview and, therefore, risk being drawn and quartered in the square of public opinion. Which is unfair and hypocritical when I’m asking others to do just that. I don’t love being the center of attention, but I think I have a responsibility to come correct about who I am if I’m going to continue preaching the gospel of honesty and self-acceptance.

To learn about the many ways you can help support SMYRC, go to newavenues.org/get-involved. FQP also encourages you to seek out the queer youth centers and outreach programs near you!

PrevVideo Tour Diary #2: Mexico’s Silent Touring In (A Pre-Trump?) America
Helping YOU Prepare For This Is My Fest 3: Craig Billmeier of The Love SongsNext