Female-Fronted Is Not a Genre

Interview with Jessica Knight of Looming, Marissa Ward-Hamilton of Backswing, and Brianna Collins of Tigers Jaw | By Natalee Coloman

Female-fronted: a term used to lump together disparate bands based on the presence of a female vocalist or frontperson.

Male-fronted: a term rarely—if ever—used, because male musicians are seen as the default.

The use of the term “female-fronted” has become just as controversial in music as other more overtly sexist outlooks and behaviors, such as believing women don’t have a place onstage with the guys or the isolation of those who are not white straight cisgender men. The majority of female musicians constantly deal with sexism in the scene, including being tokenized, excluded, and seen as not good enough to play alongside their male counterparts. Now, many musicians are starting to say: “female-fronted is not a genre!”

Recently, Looming vocalist Jessica Knight posted an Instagram photo of the phrase slapped on a cluster of bumper stickers and accepted all requests from friends and fans wanting one for themselves. Knight hopes the phrase will be used as a tool to think more critically about how we categorize bands with female vocalists and frontpeople.

“To me, I think that women, people of color, and the LGBTQ community should be encouraged to play music for sure. I admit that a lot of the music I listen to is fronted by non-male members, and I think that’s great,” Knight says. “I don’t want it to be misconstrued, but I don’t agree with tokenizing that idea and grouping all female-fronted bands into the same [category]. It makes us feel like we can’t play with the boys.”

Knight created the stickers as a reminder for those who tend to use the term as a catchall qualifier for any band with a female vocalist. However, she received backlash for making the stickers, with many people arguing that she should empower girls to play music. “I agree,” she clarifies. “I want to empower everyone to play music. I just want to be respected in the same way everyone else is respected, and I want to be compared to bands that are male-fronted in the same genre my band is.”

Like Knight, Backswing vocalist Marissa Ward-Hamilton also stands behind this statement. She says she is constantly asked what it is like being a female vocalist instead of being asked about her band as a whole. “Everyone wants to ask us the same questions and describe us as female-fronted, because they think it’s the cool new thing, but it’s like, ‘No, don’t do that,’” Ward-Hamilton says. “I shoot people down, and I’m like, ‘Don’t ask me these questions, and don’t describe my band like that.’” 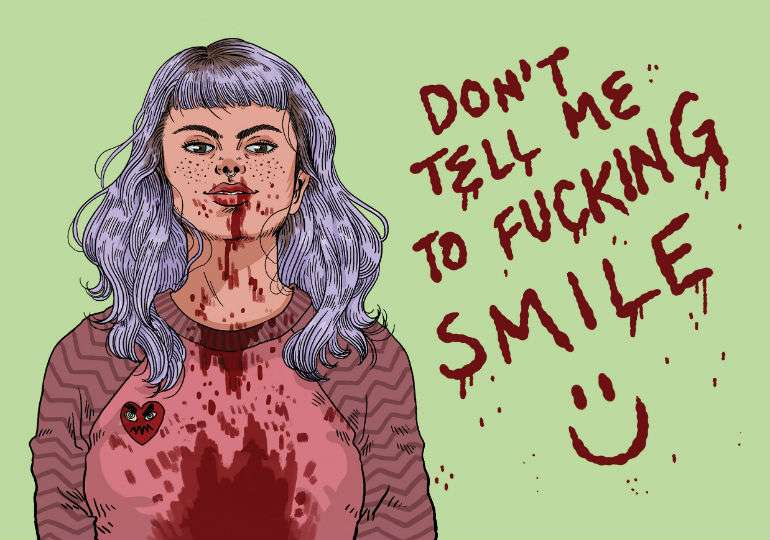 Despite the issues these ladies have faced, they are enduring the blowback and doing everything in their power to help eliminate the term “female-fronted,” both on a large and small scale. Ward-Hamilton declares, “Honestly, it’s gotten to the point now where if someone puts us on a show—and maybe doesn’t know what we are about—and put ‘female-fronted from Detroit,’ I will go out of my way to message the promoter that I would prefer to have them use something else, because female-fronted is not a genre. It’s not, and it never will be.”

The major issue with using the term “female-fronted” derives from the idea that not many vocalists—and even fewer non-vocalist musicians—are women, so their status as female seems noteworthy enough to warrant being broadcast above all other descriptors.

Inclusivity on all spectrums can help defer the illusion that female vocalists and frontpeople need to be isolated in their own category. “Every time Looming goes on tour, we ask that they be inclusive when choosing the local bands who play with us,” Knight says. “They can do that however they see fit, whether it’s with bands that include women or non-binary people or people of color, whatever they want to do, but that’s what we are asking our promoter to do for our shows.”

Similar to what Ward-Hamilton and Knight have experienced, Brianna Collins of Tigers Jaw says she too deals with persistent sexism due to being the only woman in her band. “I think it’s a little different in regard to Tigers Jaw, because I would say Ben [Walsh] is the frontperson in our band,” Collins states, “but it does get pointed out that we are a band with a woman in it.”

Collins empathizes with vocalists and frontpeople who are singled out and othered for being women. “There needs to be attention [paid] to the fact that just being a woman in a band shouldn’t be a completely different experience than a guy in a band,” she says.

“My biggest hope from this is that girls or women who want to be in bands aren’t discouraged by the previous picture of what being a girl in a band has been painted,” Collins adds. “I think it can be a really unique experience being a girl in a band. I know, personally, for me, being the only girl in this band, I definitely have different experiences than the males in my band. If you want to do it, then do it, and don’t tell anyone you can’t just because you’re a girl.”

While change isn’t going to happen suddenly, these musicians are just a few of the many who are stepping up to take a stand on ending the sexism and isolation many people are confronted with in the scene. “Realistically, it’s going to take a lot of work, but if we start seeing everyone as equal, then everyone should be treated as a human being and not what we define them as,” Ward-Hamilton says. “We are all people, and we deserve to be treated with respect.” 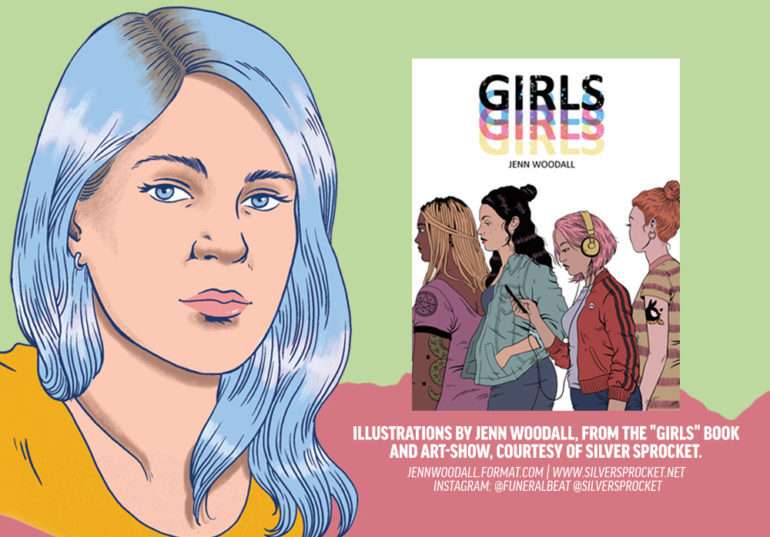 PrevTrack By Track: Barely Civil – ‘We Can Live Here Forever’
The Shortlist: Demos, EPs, Splits and Reissues (Issue 38)Next