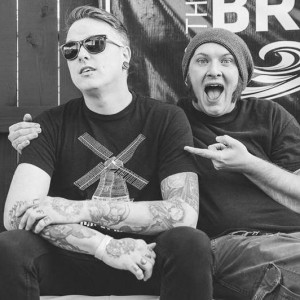 I have always been a mess. It seems to me that Murphy’s Law should have been renamed Adam’s Law, because not only does everything in my life that can go wrong goes wrong, but also that, when things do happen to go awry, it is never the small things that seem to fail me. I had always wondered who exactly was responsible for my awful luck, but have always tended to attribute everything that goes wrong in my life directly to my own personal idiocy. I prefer to shoulder the blame rather than throw that burden towards the supernatural or grand schemes, but then I thought, “What if I can somehow blame my lineage?” Maybe this has really been due to bad genes the entire time. In the winter of 2012, I finally realized that may have actually been the case.

During the winter of 2012 my mother was walking outside and tripped. This is a fairly usual occurrence for anyone. I can’t tell you how many times I had fallen and ate it hard for no reason whatsoever. So, when I received the call from my father letting me know that my mom had fallen and shattered both of her wrists, I was taken completely by surprise. When I was growing up this lady was fucking invincible, but it turns out that age was finally starting to catch up to her. She wasn’t even old enough to retire, but she was definitely falling apart. I offered to take a medical leave from my job, so I could be there to help out, but she was way too stubborn for all of that. She preferred for my father to put out glasses of water with straws in them and make her some peanut butter crackers while just hanging out around the house in her pajamas for the couple of months she was laid up.

I reluctantly agreed to not drive to Ohio and be there for her when she clearly could have used the assistance, so I did what everyone does these days, which is I took to the internet to bemoan about the situation. I had an idea: if she was going to be stuck in the house, I was going to at least make it interesting for her. While presenting the problem to the people of the internet, I thought about how awesome it would be if some of the random malcontents I hold most near and dear to me were to send my mother cards and/or letters wishing her a speedy recovery. It seemed like a fool proof plan, until there was an actual Scooby Doo-like ending. I would have gotten away with it if it wasn’t for those pesky relatives and their internet snooping. Not only did my mother call me, furious that I was telling the world she was home alone in a state where she could hardly defend herself, but I was also giving out her address to the public (this part wasn’t exactly true… I only gave it out through email to randomly selected people who were in turn going to send her amazingly written cards.) To her, there was no greater offense anyone could have done.

Her anger lasted all of two to three days when the first card arrived. It included a letter from a regular of my old record store. He penned an amazing note explaining how he and I had met. Another told her that she had done a great job raising me (this one definitely helped out with her frustration… THANK YOU!). And yet another just told her that everyone was pulling for her. In the end she received a handful of extremely well written pieces of correspondence, and as her ire settled, she even went as far as to thank me for trying to cheer her up. I knew she would flip out if I would have asked for her blessing to do such a thing, so it was one of the many times where I would rather seek forgiveness than asking permission. This mentality has probably gotten me in way more trouble than it has actually benefited me, yet I seem to continue to hold onto this brand of logic even to this day.

The older I get, the happier and closer I am to my parents. I call them almost daily after I leave work, and see the world as a much better place with them on it. For better or for worse, I wouldn’t be the person I am today without their faulty genes, so I may as well embrace it wholeheartedly.

PrevTrack By Track: Imagine The Silence – Aude Distare
Exclusive: Hatchet Tour Diary – On The Road with Doyle – Chapter 1Next