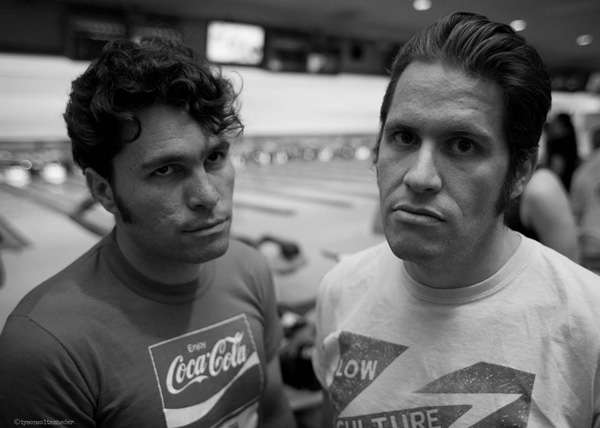 This story is way better if I tell it to you but I found this old journal entry and cleaned it up a bit. I had completely forgotten several of the details. Some names have been changed.

Saturday night, I stumble into my room. Steven and Leah had traded some of their coke to the guys from the Jumping Heels for some pot. They were smoking out of an apple. I was fucking ass face drunk.

I had decided to go to bed since it was 5am and I had just eaten a huge meal with the Blanche TV kids and was falling asleep at the table with them.

Before any of you ask what I am doing with a coke head, Steven does coke once a year and every year when he’s done, he decides he hates it.

So back to the story, Blake comes in and convinces us all to go downstairs for one last hand of blackjack. Steven, Blake and myself make our way back down to the Sam’s Town Casino. We walk up to this table and we meet Jim Willie. 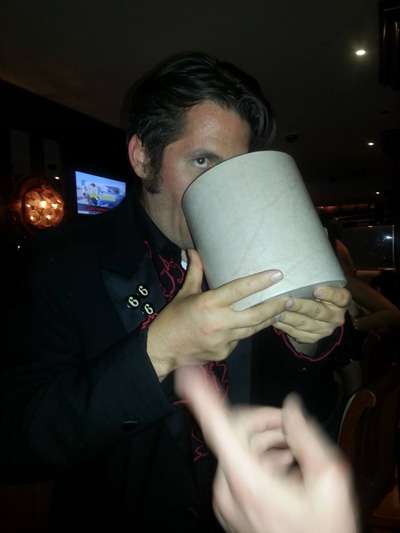 David Cross has a routine where he mentions that the redneck accent can come from anywhere not just the south. Bakersfield, CA to Mobile, AL. If you’re a redneck, you got that accent. Jim Willie was proof of that. He was from San Diego and originally from Pittsburgh. Jim Willie had a thick ass redneck accent. He looked like Gary Busey and was wearing a white t shirt with no sleeves. No, he didn’t cut off the sleeves. The shirt came like that. He would raise his hands up in the hair and flex his muscles so we could all get a whiff of his Pittsburgh pits.

Jim Willie was hours of entertainment. Some fave Jim Willie moments are when he’s aid that Blake looked like, “Marky Mark, man! A gen-yoo-wine bone-A-fide Hollywood actor. You could make money, man!” This led to Blake being called “Wahlberg” for the rest of the weekend.

Later, Jim Willie said, “You know, I’ve been to Compton” and then broke into a rap that rhymed ass, grass, brass, pass, etc. Steven said something about the show Seinfeld and Jim Willie muttered, “You kids are scared to be real. Scared to face reality, man. ‘Cuz I’m fucking real, man. I AM the real thing, MAN!”

So now that you met Jim Willie. Let me tell you about Blake. I thought Blake was a cool kid with a fake ID. Turned out he was 23 and not the sharpest tool in the shed. While we are playing blackjack, he finds out that one of the people, Freddie, at the table works at SideOneDummy. He tells Freddie repeatedly that SideOneDummy should sign the band, Dillinger Four. We keep reminding him that it is a “no business weekend” and that people are on vacation. No one wants to hear any of it and again he starts up with Freddie about SideOneDummy and Dillinger Four. Now the funny part is that Freddie is like a step above mailroom at SideOneDummy. What Blake is doing is the equivalent of asking the manager of the Wisconsin McDonald’s to start moving in for a takeover of Del Taco. 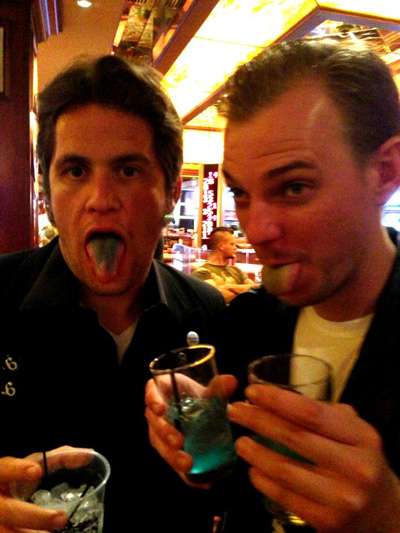 So somewhere in between Blake’s insistence of Dillinger Four being signed and Jim Willie’s rap, Connie sat down with us. I have no idea what Connie does but she is pretty cool. Connie sits next to Steven and offers him up kisses on the cheek. Jim Willie is leering at Connie. He tries repeatedly to hit on her and she throws these pearls of wit and wisdom back at him that he just doesn’t see. Connie is a busty girl in a hoodie that has these wings on either side of the zipper.

“Is that the Aerosmith logo?” asks Jim Willie. Connie ignores him.

“I WASN’T STARIN’ AT YOUR TITTIES, GIRLY. I JUST LIKE AEROSMITH! THEY’RE A GREAT BAND!”

Steven is trading jokes about Jim Willie back and forth but Connie is getting more and more pissed. Steven is taking her side but later reveals that he was having a ball watching Jim Willie. The straw that breaks the camel’s back is when Jim Willie grabs Blake’s comped drink. Connie raises all types of hell to get Jim Willie kicked out. Jim Willie cashes out his chips.

Jim Willie walks away when Connie yells out, “Uh. You forgot four chips.”

Jim Willie walks back and grabs his chips, “Thank you…Fuck you.”

So the game continues until like 9am. Blake is obviously trashed and asks Steven what Connie’s name is. Steven replies, “Split!”

Steven asks me to try to get Blake in the room so he can score with her in her room. I think it will be no problem.

Steven, Connie, Blake and I are in the hallway. I convince Blake several times to go to bed but every time I walk all the way to the door thinking he is behind me, he is at the exact same spot.

At one point Blake is talking to Connie and Steven is making obvious gestures. Blake is still oblivious. Connie then makes a fake phone call so that Steven can deal with Blake. Steven takes him by the shoulder and says “Get in the mother fucking room NOW!” Blake finally gets it.

As soon as we get in the room, I go to use the bathroom and Blake is out the door. (He was later escorted back to our room by Security. I still don’t know why.)

The rest I got according to Steven:

Steven and Connie go up in the elevator and are getting hot and heavy when all of a sudden all the blow Steven did starts taking a toll on him. His nose starts pissing blood. They go back down to the bathrooms so he can clean up. At that point, Connie said “I-i-i-i’m going to bed” and no one got laid.

And that is the story of the blackjack game.