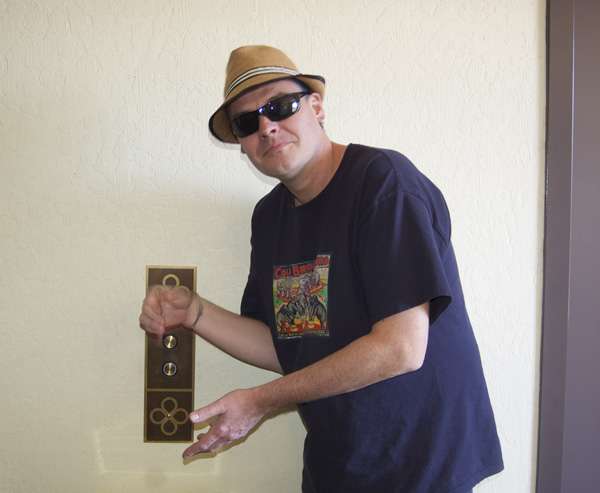 So, I guess this was 2006 or 2007. It was one of the years we were all staying at Sam’s Town anyway. Late one night, myself, a member of a well-known punk band, and his wife ended up in my room doing rails. The musician-who-cannot-be-named gets a call on his cell and goes in the bathroom to take it, and comes out with a very unexpected proposition for me. Seems that Sum 41 had played a gig that night at the Hard Rock (totally unrelated to Punk Rock Bowling), and had come way out to Sam’s Town to party with some bros including the bro in my room.

At first he asked me if it was cool if a couple guys from Sum 41 came up and partied with us. Although I did not know any of those guys, that would normally be no problem for me, the whole hotel was full of band guys partying, and even though I found the rap portions of Sum 41’s songs patronizing, that would not be a barrier to social interaction with them. Then came the whammy. Phantom guitar guy tells me that the singer from Sum 41 is also in tow with his girlfriend, Paris Hilton, and they want to come up and do blow in my tiny, one-bed, 9th floor Sam’s Town econo-room. While a part of me, and a big part of me admittedly, wanted to see this through to its natural course, a rare moment of reason took hold.

“Who doesn’t want to be able to tell their grandchildren a coke-addled tale of the time they had a media-slut come up to their Western-themed economy hotel room?” the story-teller within me asked.

Then the California-based non-specific punk-a-lebrity spoke up. “Here’s the deal, man. One of the guys is dating Paris Hilton, so there’s some bodyguards that come too, but I think they just post up outside the room and shit.

“Maybe I made the wrong call, but as a guy doing illegal stuff way away from his home state on a floor where hotel security would not expect there to be private security outside any room, the paranoid part of me said “no,” and I shared those thoughts with my guests.

“Yeah, good point. I’m going to text them to meet us in the casino.”

I never met Paris Hilton, but I don’t regret it either. 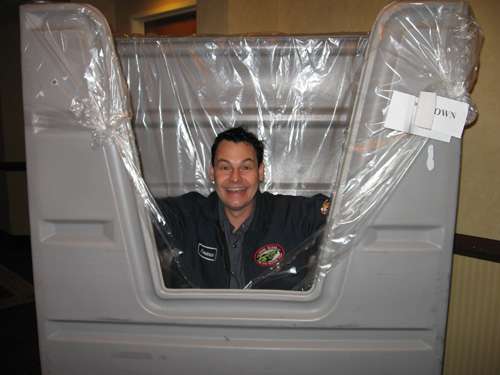 PrevAlice Cooper: Reflected
Memories of Punk Rock Bowling with Off With Their HeadsNext