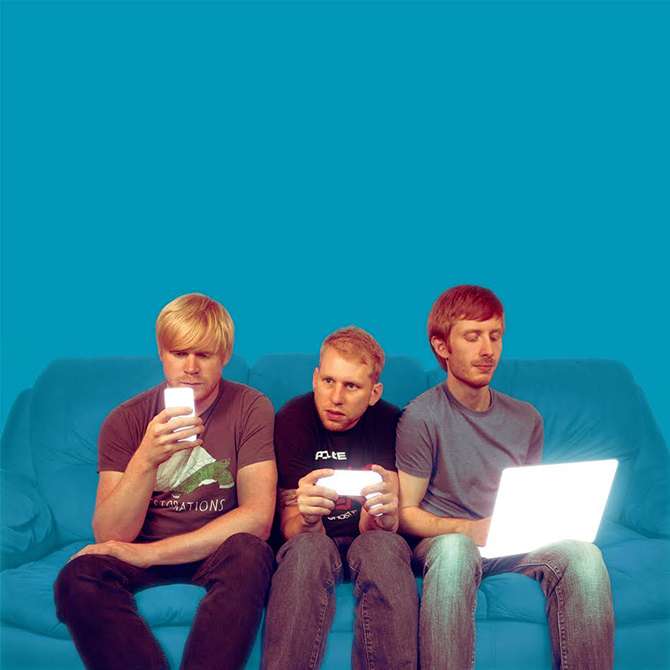 Since 2015, Farrell has also played guitar for Columbus, Ohio’s Two Cow Garage, who have been spreading their alt-country rock gospel since 2001. Their most recent release, Brand New Flag, dropped in October of 2016 via Last Chance Records.

I have pretty intense inattentive ADD, and have suffered from depression in the past.

Musicians have a unique opportunity to get all the messed-up things inside their brains out in a really healthy and constructive way. Anyone can get excited or violent or depressed or drunk, but not everyone can turn that emotion into something beautiful. Musicians have their own therapy—literally—at their fingertips.

I listen to the Nerdist Podcast with Chris Hardwick, and he had one of my favorite authors, Nick Hornby, on once. They talked about how to stay creative in a world so hell-bent on distracting you from what you need to do. He said, at his office, he has two desks: one for work and one for jigsaw puzzles. When he’s in the middle of a project and gets stuck or loses track or the well of inspiration runs dry, he turns and starts working on the puzzle. The mundane yet problem-solving nature of the puzzle keeps your brain sharp, while not burning out on your project. It’s much better than shifting over to Facebook and getting lost in meaningless thought for an hour. I’ve tried to do this, and it works. It can be other stuff besides puzzles, though. Playing a game, working on scales on the guitar, or even sometimes playing a quick round of Mario can reset your brain a little bit.

I think the general population of the world doesn’t understand that being a musician isn’t the glamorous, cool thing that it’s perceived to be. Being a musician kind of sucks. You have all these ideas and things that you want to say, and it becomes your entire existence to get them out. By the time you’ve gone through all the means to get your message out, and after all the work, nobody really cares. “Why should what the musician has to say be any more important than my last tweet?” You’re right, it shouldn’t, other than the fact that the musician put their entire life into delivering that message in a thoughtful and creative way.

Perhaps being a musician is a mental illness in itself? Without getting too far into politics, the broad majority of musicians do not have health insurance, and even more will lose it in the coming years with our new administration. If they do have it, it’s very poor. In a world where the value of creation is going down, so is the value of the creator. I think the music world needs to stick together to find a way to take care of each other. I don’t know what those ideas are, but if we don’t stick up for ourselves, not many others will.

In the scene we play in, there’s definitely pressure to fit into certain boxes. Either unfortunately or fortunately, [Benchmarks] don’t really fit in. We play in the punk scene, but we’re not really punk enough. We live in Nashville, but we’re not country, nor are we really part of the East Nashville Americana scene—other than by association and friends. Nobody in this band voted for Donald Trump, but we also didn’t put out a political record this year; we wrote [Our Undivided Attention] two years ago. There’s always pressure to fit into what your niche has given you, and sometimes it gets hard to let go of all that and just be creative for the sake of art and your own mental health. While I love punk and Nashville and political music, sometimes I think that the world needs more artists who are just being themselves and telling the truth. 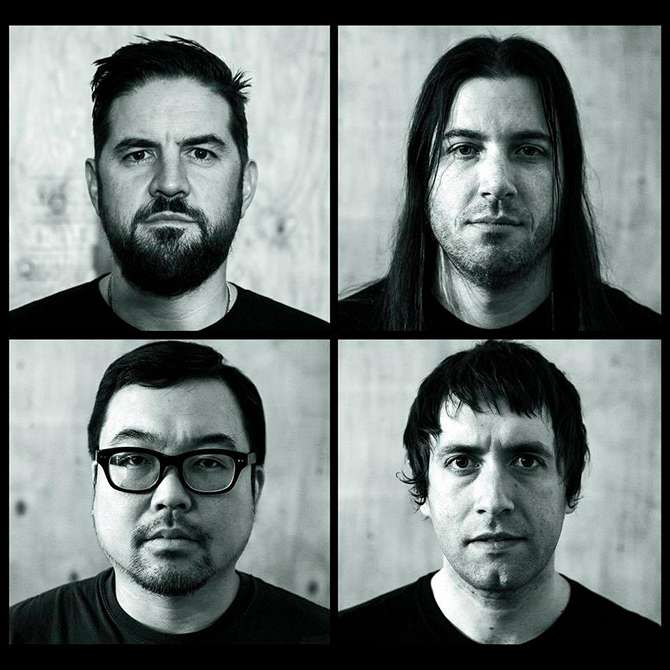 Creating music has always been the most effective and positive way to treat my mental health issues. The catharsis of getting loud and creative with close friends is powerful. I feel like, when you’re in the darkest places, it can be the most difficult time to pick up your guitar or call the band for practice or write some lyrics, but when you force yourself to do those things, it always helps. Then older I get, the more I realize that when I feel like crying, I should just cry; when I feel like screaming, I should just scream. Screaming and crying with my guitar in my hands is my favorite medicine.

Coming to terms with my alcoholism and drug addiction was a turning point for me. Sobriety has introduced peace into my life. About two years into my sobriety, my best friend took his own life. It was the most traumatic experience I can imagine, but I feel like the fact that I wasn’t wasted made it a much more meaningful situation. I was able to feel the pain accurately and purely. I was able to mourn in a constructive and, I believe, beautiful way.

For many, including myself, it’s impossible to imagine ever feeling any sort of happiness or peace without alcohol and drugs. When it was brought to my attention that the drugs were literally going to kill me, I luckily made the right decision, but it was mentally catastrophic to imagine a world without that kind of escape.

Sometimes, friends who feel like their drinking [and/or] drug use is getting out of hand come to me to ask for advice on getting sober. I actually love when this happens. I want to help them. I want to tell them what I wish someone would have told me when I was in that place. I say, “This will be the tallest mountain you ever climb. It won’t be easy. In fact, it will be an incredible amount of work, but… I promise that you will find a peace in your life so precious and real that every bit of pain will have been more than worth it. There is so much waiting for you. I feel comfort for the first time in my life. It’s possible.”

I just wish people would talk more about how they’re feeling. I talk about how I feel all the time. My friends and family can attest to this. I’m sure it gets a little annoying for them, but it helps! I don’t think the punk scene is very conducive to opening up about one’s emotions, but honestly, fuck the punk scene [laughs]. I want a scene where sensitivity, openness, and love are accepted and revered. I’m turning into a hippy in my old age.

The more time I spend on social media, the more sadness, alienation, fear, and anger I feel. It’s a fake world. The more I put my phone down and interact with reality, the closer I come to a peaceful state of mind.