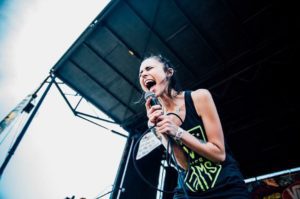 Nashville alt-rockers, FLOODS—formerly known as Mirror Eyes before a recent lineup change—are undergoing a sonic makeover to accompany their new moniker. The band—whose members now include Jess Coppens, Emily Prather, Sam Stamper, and Jake Snyder—are signed to InVogue Records and plan to release their debut album as FLOODS in 2017. Their official statement hints that fans can expect a cleaner sound and a fresh perspective.

I’ve struggled with anorexia, orthorexia, anxiety, [and] depression for about five years now.

Since I’ve been in and out of treatment, I’ve learned so many different ways of “coping” with these issues. Music has always been the best choice for me, though. I guess that’s because it’s more than just a personal release; it also allows me to help others realize that they’re not alone.

I used to be so closed-minded and thought I was the only one who dealt with these kinds of things. Listening to music and stories from my favorite bands and people I look up to is what helped me with everyday struggles, which is what I hope to do for others. I write a lot about my personal struggles in songs, while also trying to not be so “sad.” I like people to listen to our tunes and feel hopeful. I want everyone to know that they’re not alone. 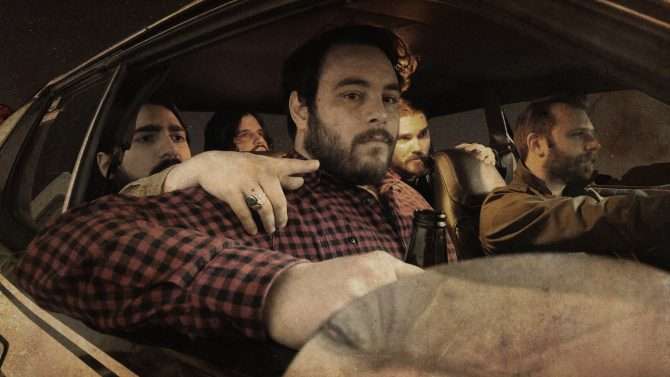 Psyched-out New Jersey rock kings, Super Snake—comprised of guitarists Pete August and Joe Laga, drummer Vinnie Fiore, vocalist Jerry Jones, and bassist and keys player Jesse Marianni—formed in 2012 and debuted their sound on their self-released Summer Girls EP the same year. In 2013, they followed it up with their sophomore EP, Rider, then pressed both short releases onto a limited edition 12” slab of “classy ass black vinyl.” Their debut full-length, Leap of Love—an album “composed of vignettes and stories exposing treacherous ideas about the power, obsession, and dangers of love,” according to Jones—was released on Feb. 14.

Hello, I’m Pete. I play guitar in Super Snake. I’m also a veteran, and like many vets, I suffer from PTSD. It’s tough to sleep. It’s like a ball of anxiety and depression all rolled into one. The V.A. doesn’t really help much, though from what I hear, they are getting better about that. For me, keeping busy—working, playing in bands, hanging with friends—has been the best way to cope with it all.

Well, early on, Xanax. Lots and lots of Xanax, but as I realized that isn’t making things any better, I started just saying “fuck it” and doing everything I can do. Writing music forced me out of my cocoon in my bedroom and out of the house, interacting with my friends and using my brain to cook up riffs. Didn’t realize how beneficial a therapy it’s been, but what is more healthy than sitting in a room with your best friends on earth working on something creative?

We’re musicians—we’re all pretty nuts, and that’s a fact. I think, in our world, there is a glamorization of substance abuse, and for me, though I often thought it was helping things in the moment, I’ve come to realize it makes it harder for me the next day. It would be nice if it wasn’t as in-your-face.

I block it out. I volunteer for my VFW as a way to give back to others suffering the same way as me, but I choose to disregard the media, because it all has an agenda. Politics haven’t helped anyone, ever. Social media is our culture’s atomic bomb. I hang out with my friends, and I write music; the rest of the world could be on fire, and I wouldn’t know the difference. When I think things are pretty bad, I give back to places I can see it working. I have a hard enough time in my own mind, I steer as clear from anyone or anything else’s bullshit as best I can.

Daniel Tharp of Everyone Dies In Utah 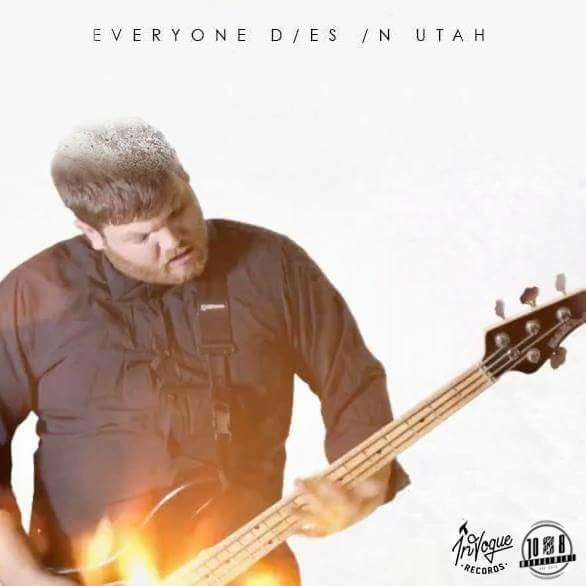 As a military vet, I deal with some issues that everyone has grown to expect, namely depression and anxiety. I have a lot of difficulty in crowded public places, always sit facing the door in restaurants, and avoid a lot of interaction with strangers.

I wouldn’t say my mental health affects my process much. If anything, I would say it’s a small hindrance or delay.

Playing music is my coping mechanism. Getting onstage every night exposes me to uncomfortable situations and helps me work through them. When people enjoy what they hear—whether it be recorded or live—it provides a sense of validation and self-worth that is diminished by depression.

I feel as though—especially in the metal industry—mental illnesses are fairly widespread and well-accepted.