Band names can be a tough proposition. The more original and unique they are, the better chance a band has to stand out, especially when fans and prospects want to search them out online. But, often those names can be kind of wonky at first glance. What exactly is an Aerosmith, Def Leppard, Spacehog, or Gruntruck? On the flip side, simple names like The Muffs or Hole may yield a host of unintended results that may or may not be deemed acceptable to unwitting innocents just looking to rock out. Then, you have names that are dead-on, such as the pair of Nirvanas — the one we all know and the more obscure ‘60s psychedelic version from the UK. There are countless other carbon copies, but rarely do you find a pair that have both made their mark in their own impactful ways.

Enter The Sorrows. The first band was formed in 1963 and hailed from Coventry, England, while the second ditched the “The” and surfaced during the late ‘70s in NYC, at the epicenter of the burgeoning punk rock scene. While both bands are very different and not related in any sort of genetic way, there are a couple of links that could be drawn. First, both have ties to early punk rock. The UK Sorrows played a heavy, proto-punk version of the R&B sounds of the day, in a much more aggressive, loud, and insubordinate fashion. Later characterized as “Freakbeat,” the racket most certainly played some kind of role in the formation of the early UK punk scene. While the second band’s brand of punchy, guitar-driven power pop channeled the UK rock sounds of the 1960s and help set the blueprint for the punk-pop resurgence of the ‘90s. Second, both bands have recently put out new releases, which we’re going to get into here.

Like many of their UK peers, The first Sorrows were heavily influenced by the blues and R&B sounds that came before, but the difference here was the band’s rawness and youthful inexperience, which added an extra bit of grit and attitude to the mix. Characterized by its black stage garb and a dark, garage-y aura courtesy of vocalist Don Fardon, the band’s sound was rounded out by the noisy, erratic guitar licks from Philip (Pip) Whitcher and Terry Juckes, and the pulsing, almost-robotic rhythm section of bassist Phil Packham and drummer Bruce Finlay. 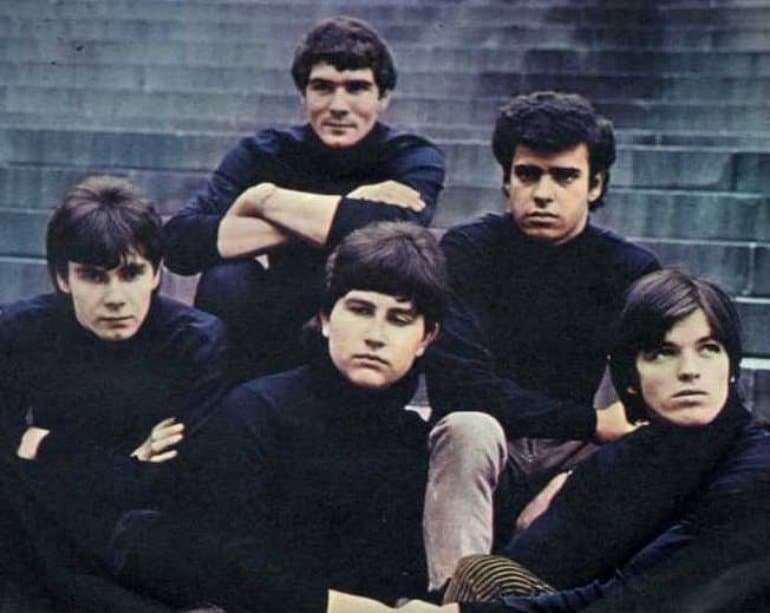 The band experienced minor chart success on the Picadilly label (a subsidiary of the renowned PYE Records organization) with its single and album “Take a Heart” in 1965, before splintering, with Fardon leaving for a solo career. The band would regroup a little while later and move to Italy, issuing a new album, the psychedelic-tinged Old Songs, New Songs, before eventually calling it a day and then reforming years later.

Both eras have been meticulously captured in a new box set Pink Purple Yellow And Red – The Complete Sorrows (Cherry Red). The 4-disc set features both full-length albums in pristine remastered form, plus a passel of bonuses and unearthed rarities. First, it has the Take A Heart LP in both the original mono and stereo versions, which showcase some subtle sonic differences and have not been available as a pair in any other comps. The set also includes a previously unreleased 9-song demo pulled directly from the original acetate that the band recorded during a transitional period, prior to Old Songs, New Songs. 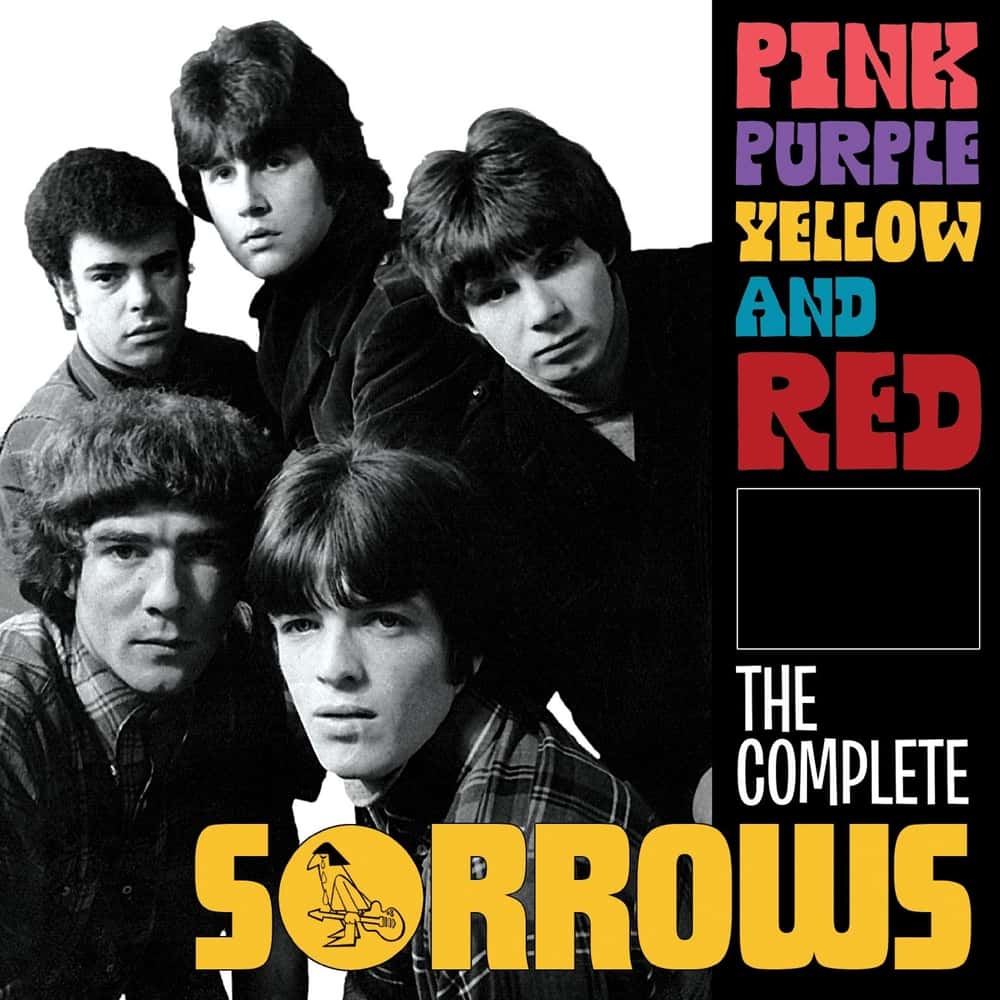 There are also singles, foreign-language versions, and some tracks the band recorded for soundtrack composer Ennio Morricone, including the ultra-rare title song to the Euro spy thriller, Missione Ypotron. The overall sound of this set is probably the best you’ll experience, especially considering all of the disparate sources that ultimately comprise the collection. This set comes in a glossy clamshell box along with a color booklet including an essay on the band and loads of photos.

As for the Sorrows from NYC, that’s an equally interesting story. The band was assembled after the demise of NYC power pop cult legends The Poppees around 1977. Guitarist and vocalist Arthur Alexander and drummer Jett Harris set about to assemble a new band and soon connected with guitarist and vocalist Joey Cola and Ricky Street on bass and vocals, and thus, Sorrows was born. 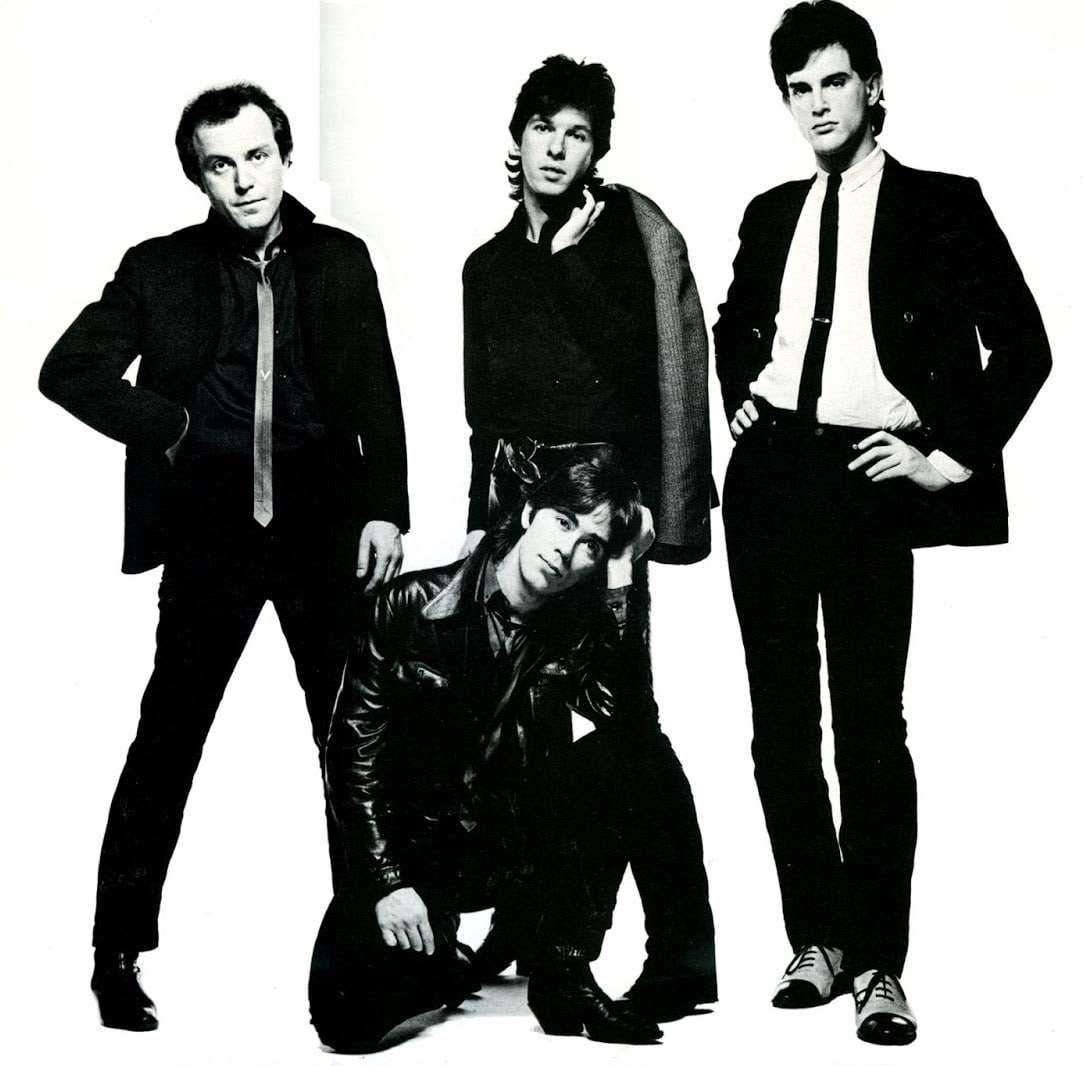 Armed with three great singers and dueling guitars, the band’s brand of hooky, melodic punk embellished with classic ‘60s pop sensibilities fit perfectly in the blossoming power-pop scene of the day that also included the likes of The Cars, Cheap Trick, and The Romantics. The band became a hot commodity in clubs like CBGB and Max’s Kansas City and soon scored a record deal with Pavillion Records, an imprint of CBS. The band’s first album Teenage Heartbreak was released in 1980. Beloved by fans and garnering some positive reviews, the band seemed poised for something extra special with its sophomore effort, Love Too Late. Tapping ’60s producer Shel Talmy — known for his work with The Who — as well as a clutch of killer potential tracks culled from the band’s vast canon of accumulated material, the future looked bright. Until it wasn’t.

Despite his pedigree, Talmy’s glory days as a producer had seemingly passed as he failed to connect with the lads on a deeper level. At the same time, the record label demanded a slick, over-produced record that it could easily sell to radio and crossed swords with the band at every turn — even to the point of bringing in session musicians to soften up the sound. The band was understandably livid and in the end, the album would not be the crucial follow-up to Teenage Heartbreak. Love Too Late would soon fall into obscurity upon release.

But, all was not lost. While the original Love Too Late may lack the crunch of the first album, the material is strong and serves as a standout of the era. But with all the arguing and haranguing, the label’s support was nonexistent and the band would eventually move on. Now, after four decades and drawn-out legal skirmishes, the revitalized band has just released Love Too Late… the real album (Big Stir Records). Featuring original members, Alexander, Cola, and Street along with punk journeyman Luis Herrera on drums, this new take on the original injects the much-needed punch, swagger, and shot in the arm that the original album so desperately yearned for. Numbers such as the upbeat and hyper hook-laden title track, the wistful, Beatlesque “Christabelle,” with its svelte, melancholy licks, and the driving “Street Punk Blues” all sound expansive and re-energized on this new offering. The three-part harmonies, gonzo riffs, and in-your-face production sound as relevant today as if they would’ve been back in the post-punk heyday — had the original album been done right. 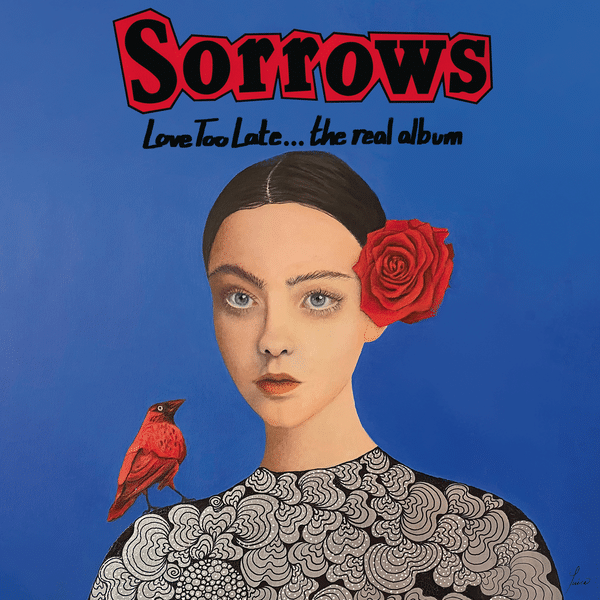 The record comes in standard and limited edition colored vinyl, along with CD and digital versions. To accompany the release and set the record straight, Alexander and Cola were also part of a video series that can also be seen now. For fans of Green Day and even further back to the likes of The Cars and The Who, this one’s a keeper.

For questions, comments, or something you’d like to see, hit me up at Retrohead77@yahoo.com. Cheers!