It’s easy to qualify a legacy artist with adjectives such as “pioneering,” seminal,” or “trailblazing” by virtue of the fact that they’ve been around for a while. But how many really deserve such praise? That’s not always an easy one to pin down, but a good start would be to look at the list of said artists’ contributions, accomplishments, and most of all, the clutch of artists they’ve influenced themselves. Finnish guitarist Andy McCoy’s pedigree is ironclad.

To start, his early band Briard is considered to be the first proper Finnish punk band, releasing records as far back as 1977. His next band Pelle Miljoona Oy would follow suit in a similar fashion a couple of years later. But his next project would literally turn the music world on its head and prove to be an influential force for decades to come.

Hanoi Rocks was formed in Helsinki, Finland in 1979, by McCoy and frontman Michael Monroe. A heady mix of traditional punk rock with the heroin swagger of prime ’70s era Rolling Stones, the street theatricality of the New York Dolls and early Alice Cooper, and the more traditional punk sounds of the Sex Pistols and Generation X, the band forged a sound and style that would stir many imitators across the rock spectrum and re-inventing glam-punk in the process.

Now, several decades later, McCoy is back with a much-hyped but equally lauded new solo outing, Jukebox Junkie (Cleopatra Records). McCoy’s name and guitar prowess take center stage, with the vocals being handled mostly by lesser-known musicians handpicked by McCoy. The album is a mix of reggae, country, vintage rock, punk, and new wave numbers, some of which come completely out of the blue.

The first single, a cover of ‘80s power pop stalwarts Squeeze’s “Take Me I’m Yours.” This isn’t a run-of-the-mill cover by any stretch, it’s a complete transformation of an already strong number. McCoy takes the original bouncy, synth-driven new wave track into the stratosphere, with dramatic guitar flourishes, mammoth vocal harmonies, and a sense of tension and longing that elevate the track to new heights. 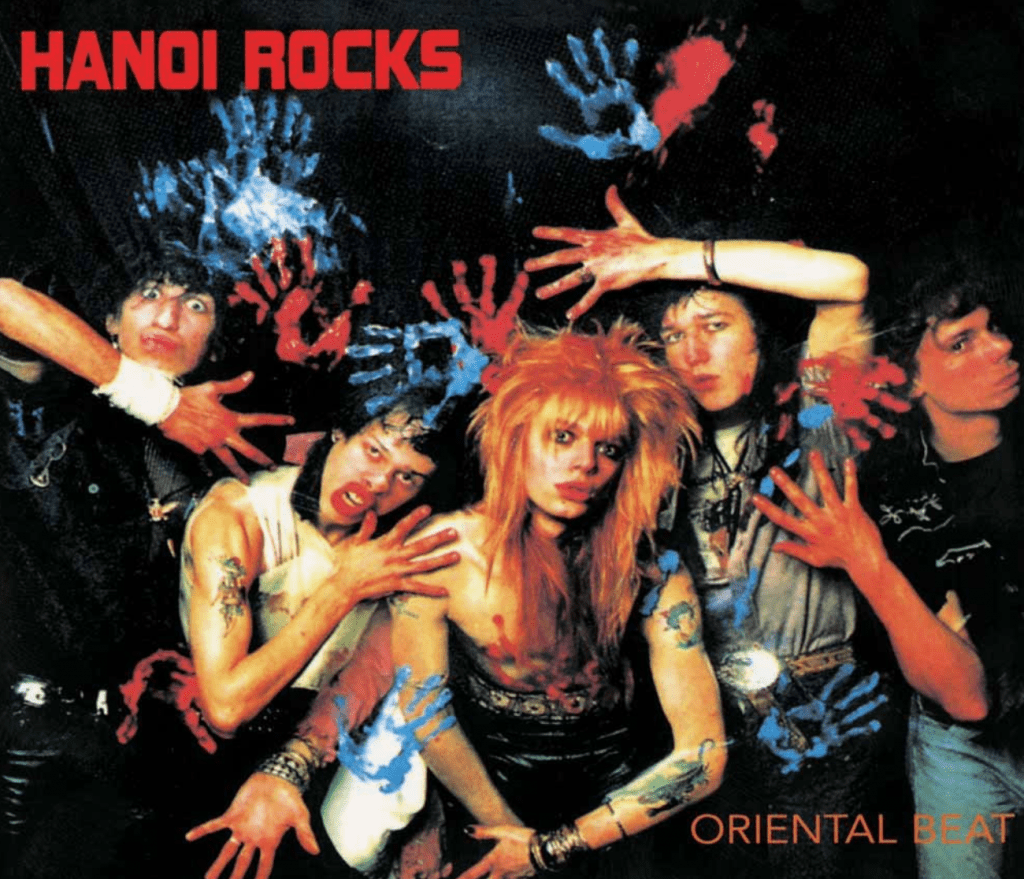 Other standouts include a cover of “Couldn’t Get It Right,” by Climax Blues Band, a ‘70s FM radio staple that also benefits from big harmonies and sharp production. “54-46 That’s My Number” was originally recorded by reggae merchants Toots and the Maytals, and now sounds akin to a junked-up, mid-’70s Rolling Stones with trashy guitars accenting the incessant beat. Another reggae-flavored track is “Solo in Soho,” by Phil Lynott. As the now-deceased former singer of Thin Lizzy, there was an obvious treasure trove of material to choose from over this ominously melodic, lesser-known track, but McCoy’s rendition gives it new life and long-overdue exposure to the masses. Another interesting choice is that of “Miss Tennessee,” by current country artists Katie Noel & Autumn Brooke. A mid-tempo ballad with a melancholic feel, McCoy plays up these aspects and provides some tasteful licks along the way.

McCoy also includes a nod to David Bowie and Iggy Pop (for whom he toured with a couple of decades back) with a svelte cover of “China Girl.” There are also a fair amount of punk influences, in the form of “I’m Gonna Roll” originally by Finnish rocker Dave Lindholm and “Motorbiking” by early punk pioneer Chris Spedding.

Another standout is the wistful and self-reflective “Back to Wall,” which was released by the Australian new wave band Divinyls in 1988. Original vocalist Chrissy Amphlett was a punk trailblazer in her own right, and her gritty but vulnerable vocals (predating the likes of Brody Dalle and Courtney Love by several years) gave the song an inescapable sense of tension and foreboding. McCoy and his accomplice Sofia Zida do the song due justice.

It’d be easy to write off Jukebox Junkie as a quick money grab of sorts as we’ve seen with other legacy artists that have not been in the spotlight as of late. But McCoy and his cohorts have exceeded expectations with a set of eclectic and inventive renditions of McCoy’s personal favorites, and everything—from the performances, production, and packaging—seems to indicate that Andy McCoy still has a lot more to contribute to the music scene at large.

For questions, comments, or something you’d like to see, hit me up! @JimKaz1