St. Albans’ The Pocket Gods released the groundbreaking 72nd album of their 17-year career, 100 x 30, back in December of 2015 on Nub Music via The Orchard. The record includes 100 tracks, each 30 seconds long, which earned the band a spot in the most recent edition of “Guinness World Records” for most tracks on a digital album. Below, frontman Mark Christopher Lee—who was once touted as a “willful maverick” by the late legend, John Peel—shares a few of the band’s craziest tour moments!

1. Belgium Scouts Festival. Somewhere in the middle of nowhere.

This was a very odd but amazing gig. We were touring Belgium and ended up playing this Scouts Festival in the middle of a Belgium forest. It was quite surreal. It started with us being picked up from the station by a car driven by a quite drunk scout—bear in mind that European scouts are up to the age of 25. We barely made it to the festival, as he was so pissed and kept turning around to us saying, “Do you want to die?!” We had several near-misses. Next, we had to find the stage. Our gear was carried off. We were left with bikes and no idea of where to go. We cycled around like some mad scene from a Beatles film. An hour later, we stumbled upon an old aircraft hangar—this was the stage! It was all very “X-Files.” It got even weirder; we had a great crowd, but most of them were on bikes and were cycling around the hangar with glow sticks, singing along—it was mad! We did a two-hour set, ran out of songs, and our roadies and manager got up and started playing “Louis Louis.” Top gig! 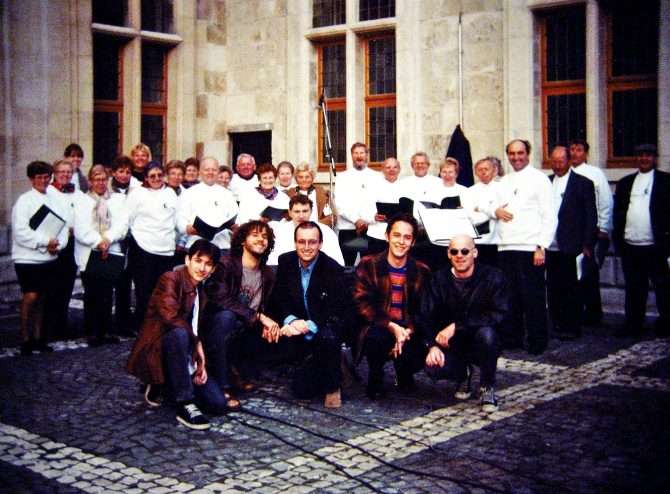 2. Supporting The Vibrators on tour.

We played with the iconic punk band The Vibrators. They had the best rider ever; it was tons of vodka, beer, and Chinese takeaway every night. This was with The Pocket Gods, and we had two girls in the band, Claire [Lee] and Annie [Moeke]. We were a bit glam indie—I was looking effete as could be—and The Vibrators hardcore punk Mohican-ed fan base were a tad hostile to us and were singing, “Get your tits out for the lads!” after every song. Still, we won them over, and our song “VVBU (Vampire Voodoo Blow Up Doll)” went down… well.

My seminal rock ‘n’ roll moment and my brief introduction to the big time. I’d learned all these fancy Paul McCartney-style bass lines to their new poppy songs. I played them note perfect, but Jim Reid came over and turned my amp up to 11 until it was pure white noise—classic, and welcome to proper rock ‘n’ roll.

This was a mad gig. We didn’t have a drummer at the time, so our longtime producer and guru, Bill Johnson, got up and played drums for the first time. It was the best ever Pocket Gods gig and was such fun. The Ramonas were great fun as well, but this was the most fun rock ‘n’ roll gig I’ve ever done.

5. The Pocket Gods supporting and jamming with Mungo Jerry.

We did our launch for the world record-breaking album of 100 songs, all 30 seconds long, at The Alleycat in London. ‘70s rocker Mungo Jerry had done a track for the album, and he came down for the launch. At the end of The Pocket Gods’ set, he came onstage and grabbed my guitar and started playing the riff to “In the Summertime.” Noel [Storey], our keys man, did a runner, so I took over on keys with the rest of The Pocket Gods, Scott [Ottawat] and Simon [Herries], jamming along. It was so cool and was a 7-minute extended blues jam complete with my mad Mick Garson-style piano playing. The other weird thing for me is that In the Summertime was the number one record on the day I was born! 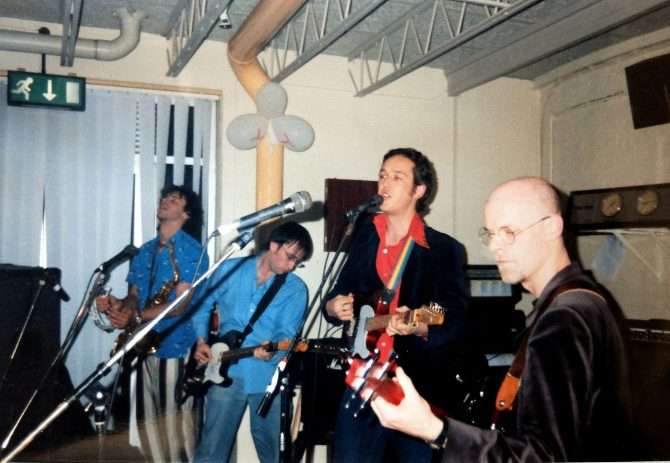