Photos by Jay Maude of @jonathanandjonathan

Dinosaur Pile Up have hit the road for a string of shows, supporting Brand New. We’ve teamed up with guys to bring you the tour diary; check out the first installation below! And be sure to pick up the band’s full-length Nature Nurture on iTunes here.

So. This morning we were in London, and now we’re in Chicago driving to St. Louis. SO weird. Doesn’t even feel like we’re here!! Touring is getting weird (in a good way) these days. Getting in to a van outside an airport with the dudes and driving some place – any place – is becoming normal which is… awesome. I was just slumped down in the back watching the road signs fly over the windshield (windscreen to you brits) and I was thinking about London, and I thought I was there, just driving somewhere in England. Whatever, no biggy. I forgot the whole 8 hour flight we’d just taken (maybe that’s me not sleeping, or just my CRAZY bad memory). Then a road sign saying a-hundred-whatever-miles flew over and I was like “woah. I’m half a world away from London right now.” It was surreal and fucking cool. I love that feeling of being transient.

So last night I didn’t go to bed. Pick up was at 6.15am so I just pushed through. That was probably stupid – Jim didn’t go to bed either because he was connecting from Turkey (don’t ask), and Mikey – well Mikey went to bed because he has a functioning brain. So on the flight me and Jim were on either side of Mikey and we were typically getting super weird in the same way we always do on zero sleep and all the other passengers must’ve thought we were high or just really, really stupid. We flew over Aurora and Mike kept on saying Wayne’s World lines and I kept on looking at him like he was saying Bill & Ted lines. It was confusing. Jay (our best bud filmographer who we’ve known forever, who’s documenting this mutha of a tour – check his shit out @jonathanandjonathan  set up “Jay’s Bar” along his row of seats so Jim, Mike and Jay drank all the beers and talked about space and science and stuff. Pretty rad. I managed two beers and fell asleep. haha. Un-rad. As soon as we hit the ground in Chicago we hooked up with Bagley (Bags / Olly / OB / Oliver Bailey) our TM, Driver and Merch Lord and got on the road to St. Louis. I’m writing this as we drive right now. It’s a 4/5hr drive. We’re like half way through.

Cannot WAIT to hook up with the Brand New dudes tomorrow and meet Kevin Devine and get into this tour. We’ve got rehearsal tomorrow AM in St. Louis and then show at the Pageant, 2,000 people sold out.Shit yes. So pumped. Couldn’t be better. 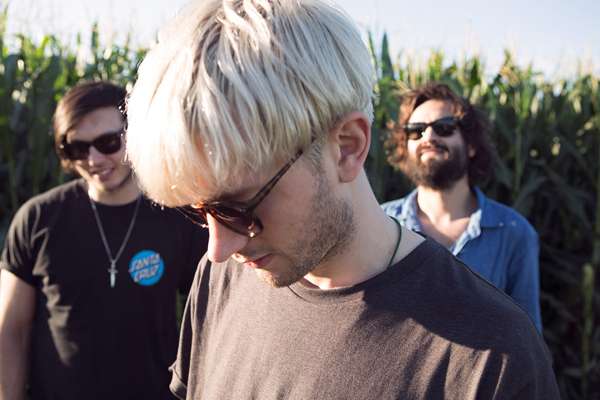 SHOW 1 – THERE ARE PIECES OF A GUITAR IN MY LUNGS.

SO. What the fuck is up?

Right now we’re driving from St. Louis to Indianapolis. We’re listening to Violent Soho in the van, my throat is hurting. Last night we played the Pageant in St. Louis. It was the first show of the tour and it was fucking amazing. We had ‘In To It. Over It’ playing on the bill – they seemed like super nice guys and we spent a bunch of time talking to Evan. Nice dude. He’d toured the UK something like 13 times so we had a lot to talk about. The Pageant is this massive place and inside on all the walls of the back stage rooms are photo’s of all the headliners that have played there with the owner of the club. The pictures were pretty fucking cool. Most of everybody had been there. Billy Corgan stood awkwardly in his big black leather trench, Courtney Love looking messy, Jimmy Eat World looking baby faced, the Strokes looking totally fucked. The owner literally looked exactly the same in every photo. Comb over, fixed smile, Hawaiian shirt – short shorts. It was funny in a cool way.

We had a TOTAL blast during our set. All that traveling getting over here and to St. Louis (19 hours. Sure) made us kind of antsy to play, and sorting all your shit out on two days no sleep is always kinda stressful – so being able to get up there and play our songs to 2,000 people or whatever felt like a little party for Mike and Jim and I. It was awesome. The crowd were super cool and seemed really into what we were doing, so that was nice too.

I never realise what’s going on when we’re on stage. Who’s watching, who’s listening, anything. I just end up on stage nervous, and end up off stage sweaty. The bit in between is a blur. But on coming off stage last night I realised that most of the Brand New guys were hanging out right on each side of the stage having watched the whole set. That was cool. They’re really nice people. I walked over to pack my guitars in their cases and Jesse was stood at his guitar tech’s station sanding down the skeleton of a Fender. It smelt like the technology lab at school. As I walked over to my guitar cases I took a big breath and it felt dusty. Even though I’m sure it was super bad for me, I liked that fact that what I was inhaling was part of a guitar, and that it will probably be hanging around inside my lungs for the rest of the tour. I mean, if you’re going to do something – you may as well dive right in right? You may as well make whatever it is you’re doing with your life a part of your very being, right? Otherwise surely you’re just wasting your time. So inhaling that guitar seemed like the right thing to do.

Talked to Jesse about the set. He seemed super into it which was a great feeling. When Brand New went on stage the place erupted. Crowd volume so loud it shook your brain. Crushing set. It was amazing. We hung at the merch stand after, talked to a bunch of people. Really cool vibe. Got pizza from Pi across the road – great pizza you should go. Hit the hotel at like 2am. Up at 7am. On the road at 9am right now.

Next stop Indianapolis, the Egyptian Room at the Old National Centre. 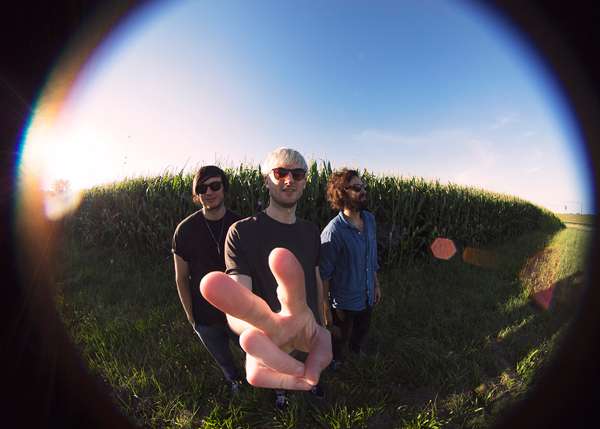