Tour Diary #6: Hodera Tour To SXSW And Back

I’d like to take this part of my entry to say this week emotionally has been one of the tougher ones to ride through for a multitude of reasons, which will all get covered soon and I am a bit nervous on how the rest of this will come out. Bear with me.

The stretch of dates Hodera did with Looming were magnificent. Every night watching them play was a thrill for everyone. We knew the lyrics, we knew the fills, we each had our own favorite part (usually collecting somewhere in the track “Onward”) and we each felt entirely grateful to be spending nights with such beautiful people. Kansas City for my head was one of the cooler stops of the tour, because I stepped out of the van not knowing where I was thanks to the cheap and lengthy buzz I guzzled the night before. From there came meeting an individual who possessed the same nomadic soul that all of us have been fleshing out. It was extremely sobering. Upon sitting on the back porch and listening to songs being played over a ukulele, I stared somewhere into the distance too close to the sun, making my eyes burn and tear up. I realized that this is beautiful and that the 11 or so people that were all in that house were people that understood exactly what we were out doing, freeing our souls in our own way by spending nights on floors after letting all the creative turmoil float away through music. Seeing Looming play their hometown of Springfield, Illinois was a cathartic release, and as we drifted off I stayed up later that night with Brandon listening to different musical projects, each with their own unique personality and beauty. 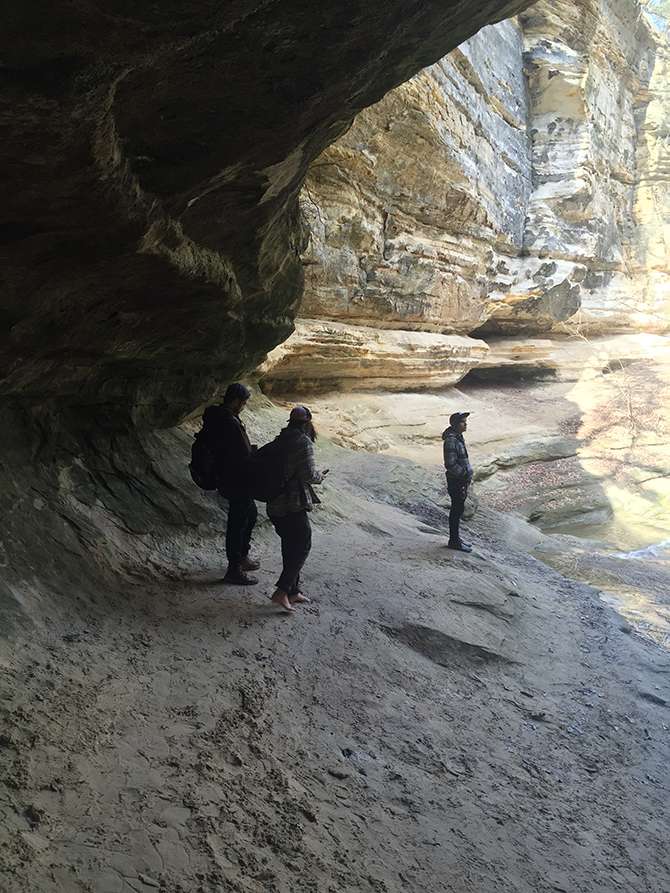 Monday we were traveling to Starving Rock, a national series of magnificent canyons in Illinois when I found out that a friend back home had passed away. I felt trapped, staring forward in the back of the van not knowing how to express what I was feeling or even how to put together the thoughts that when I go back home to that bar I will never see the tangible smile pierce my eyes. It was rather a weird coincidence we were in the home state of the Chicago Cubs, for every weekend I spent a few hours in that bar, there it was; that blue hat with the giant C showing itself. Regardless of if I was on the road or not, it’s still a weird piece of information to deal with and I hope his soul rests forever in peace, maybe even getting his next round of drinks bought wherever he is. 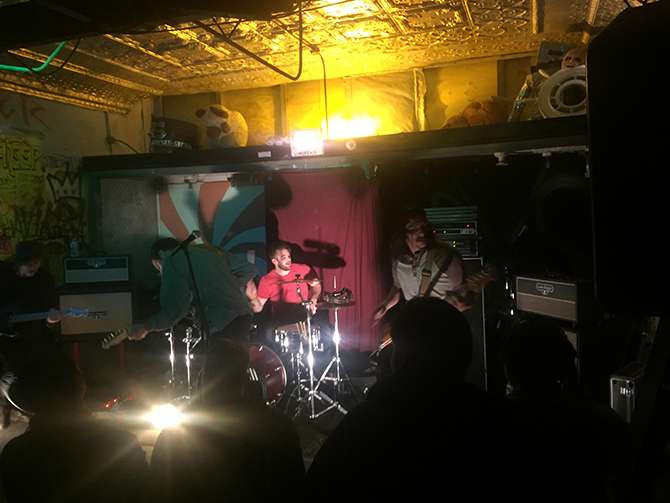 That night we ended up staying in Chicago as well, and the next night as well. Hodera played an Audiotree session in the morning and watching that was one of the coolest experiences of the entire tour. I am pretty sure all five of us will forever say that with nothing but honesty. I was sitting in the control room (where the clapping gets recorded) watching in awe, knowing this is was one of the biggest moments of the bands career. Meeting the entire crew of Audiotree was a pleasant experience, especially since I had worked with Blake (current host) before, where we spent two days interviewing back and forth talking about the beauty of music. Seeing him in action direct and control the flow of conversation and get the members to open up a bit (from topics I secretly gave him) must be what it feels like to watching your child be interviewed for a job or college or their latest book they wrote. I was proud needless to say and even had friends messaging me saying they were watching and that it was absolutely perfect. Well done boys.

Seeing as this is the midwest and the closest stop to where I had been living the past five years in Iowa, I had friends come and visit and also met up with other friends that I had known for awhile. I am enamored by the fact that people drove to visit me and deeply appreciate the sentiment of it all. It’s always wonderful to know that you are indeed loved and people are willing to put their own mileage into the road to show that.

After the Chicago date we headed up to Michigan to play in Grand Rapids. The show was in a very cool space and the lineup was rather great. Moses played and they are working on new material soon, everyone up their excitement levels. We met up with The Cardboard Swords again, which was great to see more friends we had met on the road (having connected through South By Southwest, in which a bag of wine might been passed around at some point). While I am writing this, there are three days left of tour. When you read this, there will be two. When I start to collect my thoughts for the final entry tour will be over and life will slowly be readjusting itself to the way things were. The band is sleeping in the basement of this house while I am cross legged (ooof my knees) and have been writing away for two hours. I have not expressed it to them verbally yet, but I hope that when this entry pops up in their news feeds they read this: I love you guys, I’m going to miss everyone so much and thanks for dealing with my wild emotions this past week.

In Loving Memory of Chris Hernandez. 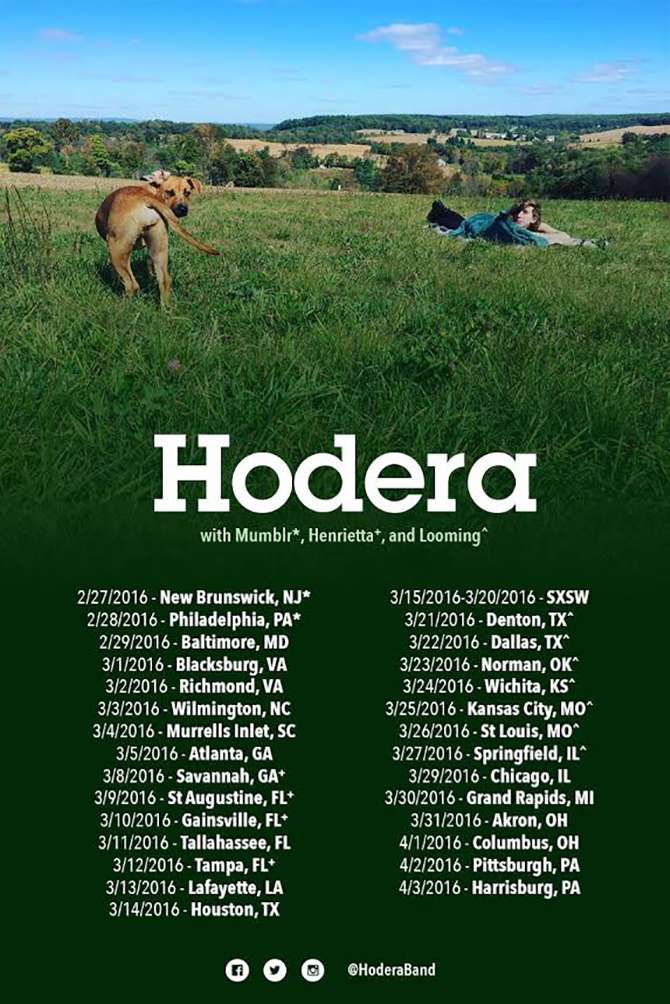