Tour Diary: Take An Inside Look Into I the Mighty’s Spring Tour

By Brent Walsh of I the Mighty

I the Mighty took a trek across the US earlier this year (and will be doing so again at the end of this month – check dates here) and they kept us informed on what was going down on the road. See the photos & captions submitted by Brent Walsh below.

The band also released their album Connector today, so while you check out the tour diary, stream the album in the YouTube player below. You can pick up the album here.

Our buddies in Hands Like Houses take a break from tracking their new record to come and get a drink after our show. 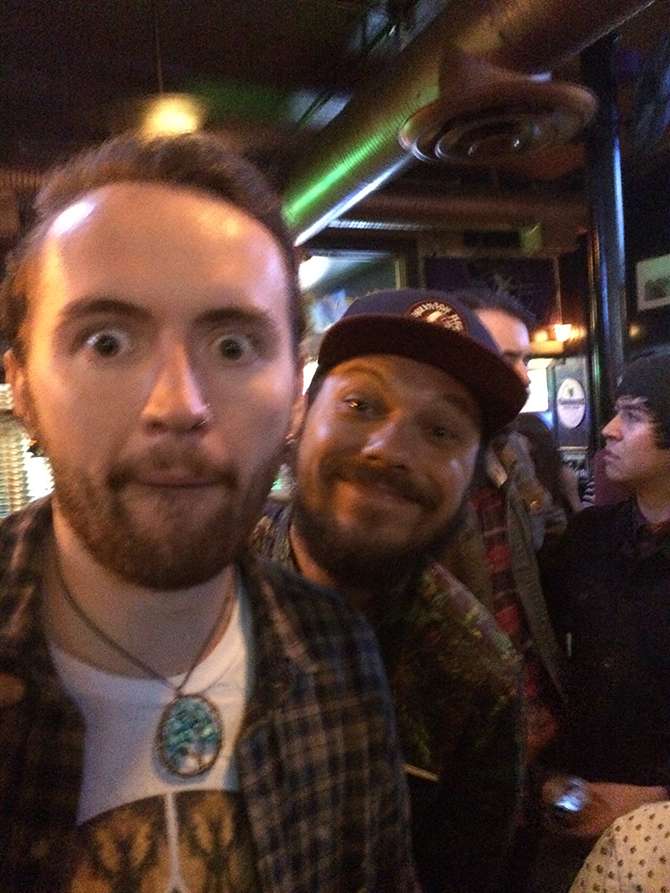 We’ve always had the best fans and they’re always giving us these unique and special gifts. Tonight each one of us got these little pendants that say each of our name in Arabic.

I came up hard at a thrift store next to the venue and provided ITM some nostalgic music for the long drives. Also, Boston goes off! Thank you guys!

We pick up a stray (Cory Lockwood of A Lot Like Birds) and eat at out our favorite restaurant in the whole country in celebration of wrapping up the mixing process for our new album.

Note: Doing mix notes from the road is rough…

Our friend Ashley Osborne drops by to capture all the amazing energy at this sold out show. One of the most memorable from the tour for sure.

Today, we tested our favor with the weather gods. While driving through Wyoming on what is known as one of the worst stretches of highway in the entire country, we ran into some snow and extremely heavy wind. Soon after we hit an ice slick and fishtailed slightly off the road. Blake, who’s from Wyoming and has experience with such things, corrected our path and slowed down to about 30mph. Then, as if matters weren’t bad enough, our drivers side window goes “SHINK” and falls right into our door… We drove the next 50 miles on a closed freeway going about 10mph until we got to Laramie where our friend Andrew took us in for the night, fed us dinner and made us some well deserved drinks. Luckily the roads opened the next morning and we were able to haul ass and make it just in time for the next show.

Chris has always had an affinity for eating competitions. This one, he gets to check the winner’s box. The challenge? To eat this giant donut (the equivalent to half a dozen) in under 80 seconds. The whole tour package was here screaming encouragement as he wrapped it all up with 8 seconds to spare. He followed it up with 2 more donuts… What a beast!

This is Munky. He’s Enter Shikari’s stage manager. Being from the UK, he had never seen pine cones as big as they grow out here in California. He also covered for Blake at our show in Sacramento, CA and for that, we are forever thankful. Miss this guy…

The only day we’re home on this 8-9 week run lands directly on my birthday. I haven’t been home for my birthday in over 5 years, so there was a need to celebrate. We played beer pong with shots of whiskey involved, and then my best friend took me to a surprise party at a bar in Oakland. Not a bad little taste of home amidst all the chaos of hitting the whole country and Canada twice in two months.

Our head A&R from Equal Vision Records takes us out to dinner after our set and somehow these three beautiful women convince Chris to ride the mechanical bull in women’s underwear. He swears it was a birthday gift to me, but we all think he just wanted to show off his powerful thighs. Ian and I rode the bull as well and for weeks we’ve had bruises on the inside of our thighs that look like we were pelted with fastballs.

As a thank you to our good friends the Rodriguez family, we went a little over board on the desserts. This tour actually saw the formation of two rival/sister groups known throughout the Instagram world as @dessertdudes and @dessertbros.

Feel free to give us a like and join in on the sweets debauchery.

We had such a blast on this tour with all the guys from Enter Shikari, Stray From the Path and our best friends in A Lot Like Birds.

Thank you to everyone who came out to the shows and to you, for taking the time to read of our little adventures. We’ll see you on our headliner in June and July! 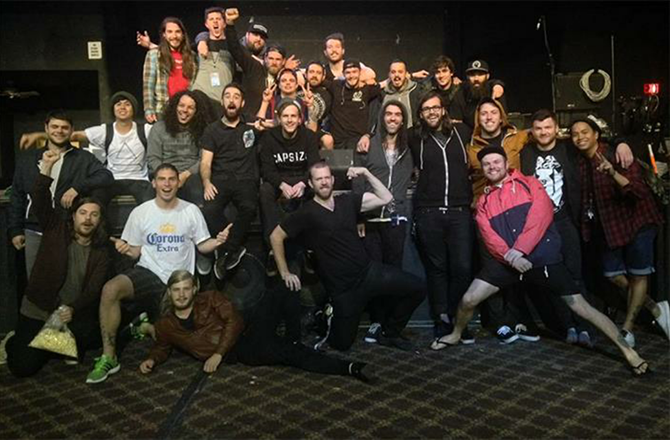