Tour Tips: A Hawk And A Hacksaw

A Hawk And A Hacksaw are out on tour and have offered some tips for being out on the road. Get the in-depth, inside look here! Promo photo by Louis Schalk

1. Be sure to harvest enough leafy greens for the duration of your road voyage. 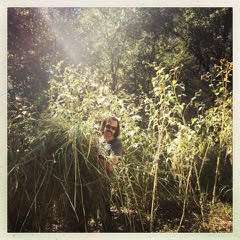 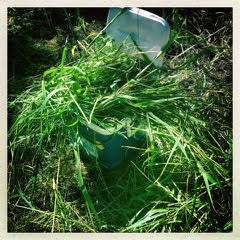 3. Pack your sleeping bag. While staying on the floor of someone’s house who you have never met may lead to uncomfortable and off-putting situations, these encounters will later be some of the most beloved memories and stories from the tour.

4. Touring in the U.S. means spending most of your time in a small metal box. It’s not just your mode of transport, it’s also a place to sleep, occasionally your backstage, and a general sanctuary where you can go to escape. To build up to maximum tolerance level ahead of a tour, we generally sit in our car for a few hours each day. 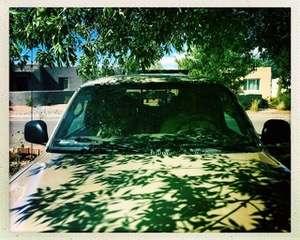 5. Books on tape are a wonderful way to learn and enjoy your time while driving. We love to drop by Archie’s Books on Tape in Albuquerque ahead of a tour to pick up a few classics
(figure 4) 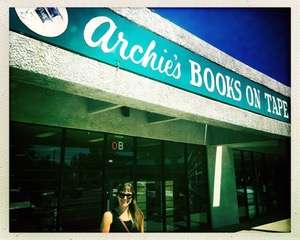 6. We’ll be listening to the 24 CD Biography of Peter Tosh as well as Herman Melville’s Moby Dick. 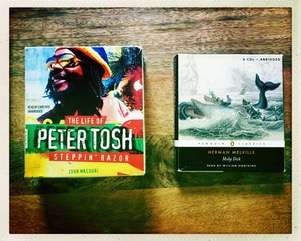 7. Ahead of your tour, talk about practice. The factor by which talking about practice is greater than practicing should be at least 4:1. 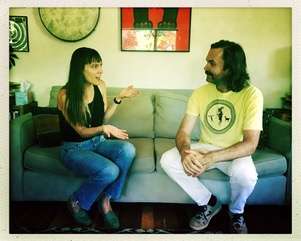 8. Write the name and location of each club you are playing on your hand with permanent marker. 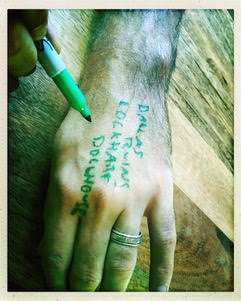 9. Be sure to organize all cables in a coherent, ordered web. Beware the rat’s nest. 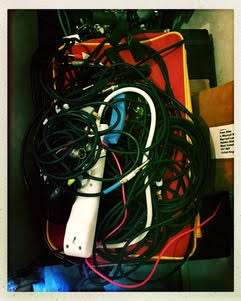 10. Touring is not a vacation, but it is also not a job. Best to treat it as both and as neither.
The main thing is- enjoy yourself, and stay positive. and remember, Black Flag died for our sins.

Forest Bathing, or Shinrin-yoku, is a term that means “taking in the forest atmosphere.” It was developed in Japan during the 1980s and has become a cornerstone of preventive health care and healing in Japanese medicine.

“Taking in the forest atmosphere” became the inspiration for A Hawk and A Hacksaw’s newest album. Their forest bath of choice is the Valle De Oro National Wildlife Refuge in New Mexico. The new album features ten original compositions by Heather Trost and Jeremy Barnes. The opening track “Alexandria” features Barnes’ on the Persian Santur, an ancient hammer struck dulcimer, and Trost’s string and woodwind melodies. The composition evokes the long trader’s route between what is now Bulgaria and the wealthy cities of Istanbul and Alexandria. The subtext of the song says: “The Merchant from Koprivshtitsa travels down to Alexandria to sell textiles. On the way back, he dreams of the music he heard there.”

The band has always had a bird’s eye view of this part the world- looking for the connections between places and even eras…a belief in the power of music to reach across borders and unite. If one were to listen to Forest Bathing with no knowledge of who the musicians were or where they came from, a variety of results certainly wouldn’t include two American musicians from Albuquerque, New Mexico. But it’s important to the band that you know where they are from.

A Hawk and A Hacksaw is based on the idea of collecting music and inspiration through travel. They are not of a place, but their music evokes places along a route. This is not an urban music. It’s rural; songs of the woods and roads where there are no sidewalks or street lamps to light your way. “A Broken Road lined with Poplar Trees” describes just this- the dirt from the summer sun, a melody from home on my tongue. The song “Babayaga” by Trost, is a tribute to the archetypal crone Babayaga, who sticks out her cane just as a child runs by… And “The Washing Bear” is a classic brass romp, connecting Serbian brass with it’s Southern brothers in Albania and Turkey…

While the bulk of the music heard on this record is played by Barnes and Trost, they do have some incredible guest performances, namely the clarinet virtouso Cüneyt Sepetçi, from Istanbul, Hungarian cimbalom master Unger Balász, and closer to home, Chicago trumpeter Sam Johnson, Deerhoof’s John Dieterich and Noah Martinez, of the band Lone Piñon.

Forest Bathing” took a long time to record… and it’s genesis was spurred along by travels in Bulgaria, Albania, Turkey, Greece and Romania. The band will be back on the road in 2018 to support the album and hope to visit a forest near you.