We’re pleased to bring you the Fairweather track-by-track for their new self-titled album, out now on Equal Vision Records. 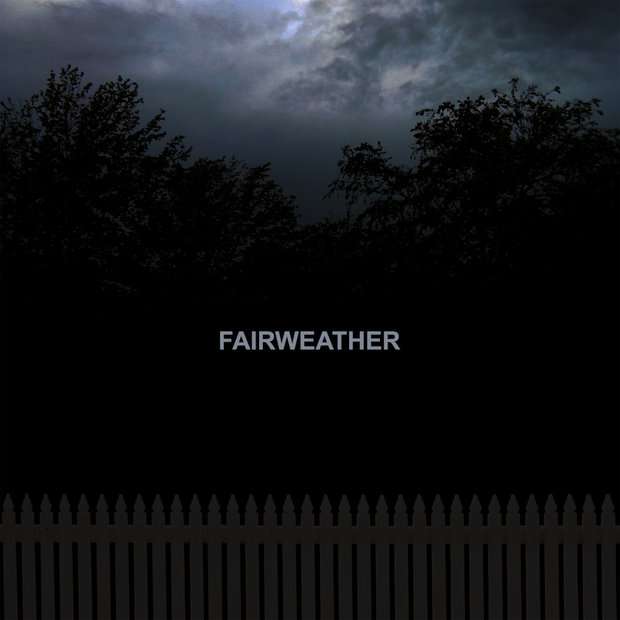 1. Carte Blanche:We had always wanted to write either one song or a whole record like this. A thing we tend to do with our songs is try to create a buildup of tension, then release. And that’s really the beauty of a hardcore song. That’s what drew me to that world when I was young. There’s no frills or bullshit.

It’s about time passing and being comfortable with who and where we are as a band. Yes. It’s about our band.

We wrote this one with the idea of it being the second song on the record. We didn’t know what was going to end up being the first song but we knew we wanted the second song to slam in really aggressively right at the top. Vocals and all. We even called it “Second Song” till we finally named it.

3. Survival Is Not Enough:

Sometimes it’s all about a riff.

This is an odd one. Originally verse section was intended to be a really fast song. We kept working on it and it wasn’t really getting anywhere. The chords were interesting so we just kept coming back to it off and on. We just couldn’t seem to crack the combination. Then one day we’re working on it and arguing (lovingly) I go upstairs to get some fresh beers and I come back and they changed the whole damn thing. All of a sudden it’s super slowed down and way darker. That’s when that frantic hyper strumming on the guitar happened and it changed the entire feel. The other parts came so easy after that.

“Doubt the Doubtless” was the first song we wrote together as a band in over ten years. But oddly enough, it’s the song on record that came together the fastest. We had all been talking about writing a new record and what it might sound like, but I don’t think any of us really knew what we were going to get. It came together at what was supposed to be the first rehearsal for the reunion show. The second we plugged in we started working on it and pretty much forgot to rehearse any old songs. It felt amazing to be writing together as Fairweather again and I think that feeling is really captured in the song. It feels so much like us.


This little guy seemed to almost write himself. There was no teeth pulling during the writing process. Lyrically, a lot of the songs on the record have to do with the concept of home. The certainty and uncertainty of where that means and what it means. We’re definitely all in a place where being home and being with family and close friends is incredibly important to us. Not that it hasn’t been significant to us in the past, but the way that it’s significant tends to shift over the years. Sometimes being content with where you are is affirming. Sometimes it’s unsettling.

We had a different practice space when we started the band again. We started writing the record and rehearsing for the reunion show there. It’s where we wrote the first two songs on the new record: “Doubt the Doubtless” and this one. A lot of good memories at that place. It was affordable studio space used by artists and bands in a huge old two story auto body shop in downtown DC. I had an art studio in the building as well. It was a great community of active artists and bands. We started getting together around 10am there every Saturday for rehearsal. The space that we had was ridiculously small and we were ridiculously loud. It ruled. The guys who were squatting in the loft above us that were trying to sleep Friday night off at 10am every Saturday did not think it ruled.

The closest thing to a nu metal riff we’ve made. I like to think of it as more of a “Quicksand-ish” riff. At least I try to tell myself that.

This was basically a song without an end for quite some time. We knew we needed to change the feel and give it a big end. Sometimes songwriting is like writing a paper. You tell them what you’re about to tell them (introduction). You tell them (body). Then you tell them what you told them (conclusion). We tend to like to leave it at “tell them”. Not overdo it. Get out while it’s still good. It’s the “build up to the payoff” concept.

Lyrically this song is about the thought process and cycle behind bad habits and self-destructive behavior. The song starts from a place of repetitive resolution and then ends with a sense of regret and self-contempt. But although the end is dark, I don’t think it’s hopeless. There’s still a sense that it might end differently next time. This song is very much about objectively facing the chasm and struggle between who we are and who we want to be.

I think the coolest thing about the song are the dynamics. Most of the rest of the record is all loud all the time. There’s a really interesting part when Ben Green (guitarist/producer) sings. You almost don’t notice it but it adds a great layer of texture to the vocals. Ben and I had so much fun recording the guitars. Trying to see how much more we could strip it down. We tried to make it as minimal as we could but we still wanted some little gems in there to discover. Headphones gems. You know you’re a dork when you get really excited about a guitar part you can barely hear.