Track-By-Track: The Hiding Place – So This Is Home EP

The 1st September will see The Hiding Place unleash their new EP, So This Is Home. Offering up a layer cake of ideas, ambition and thumping conviction, the release is a positively widescreen presentation; brimming with sumptuous melodies and brazen guitar attacks, the quintet cleverly intersperse their post-hardcore with twinkling moments of downbeat ambience. “We wanted to write something that we felt sounded like ‘us’,” remarks Webber; “Something personal that didn’t feel like it was confined to a particular genre. It feels as though we have drawn a line under our previous releases, as if they were merely us warming up: now we have refined our sound to reach this point.” Here the Midlands quintet guide us through the EP, Track by Track… 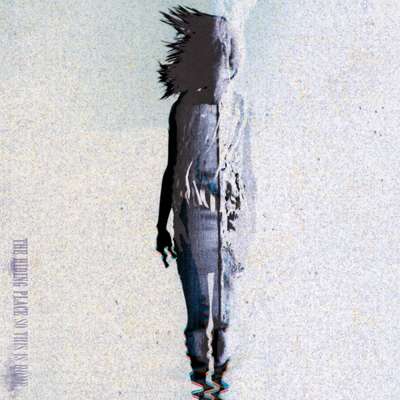 “Previously as band we have always written songs off the cuff, ready to play live. Once they were finished, we’d stick them straight in the set, and anything we’ve recorded has always just been whatever was strongest at that time. This time though we really wanted to actually WRITE a record-something that felt like a whole piece, that was meant to be listened to all together, not just as individual songs. With that in mind, none of the songs ended up feeling rushed or unfinished as we took our time crafting them the way we wanted to. This affected our opinions on how we wanted to record the EP too. We’ve become bored of hearing over-produced records, but at the same time knew that our song-style wouldn’t suit a lo-fi garagey sound which is why we decided to work with Oz Craggs at Hidden Track Studios ,as he seemed to totally understand the sound we were going for.

Originally we had planned to write a short intro to the EP, but when the ideas for it started flowing we felt like it was too good to not turn into a proper song. We wanted to kick things off in a really dark and dramatic manner, and as the instrumentation came together, it really felt like the song had a sense of foreboding about it which I then followed suit with the lyrics. The song is about watching people you know sell-out, and always trying to take the easy way out. I found the image of paying a ferryman to cross dark waters unknown quite fitting-and of course with how it all will inevitably go wrong.

When we started writing this song we were quite conscious about not wanting to write a basic structure of verse/chorus/verse/chorus/bridge/chorus so ended up mixing up a few different sections. Funnily enough it ended up coming out as one of the catchiest songs on the EP which is why we chose it as the lead single. The lyrics to this song are kind of a response to the first track, in terms of this is about how we feel we deal with things as a band. It’s about how we feel that being in a band is the only thing we are good at, and the only thing we feel right doing-hence ‘So This Is Home’, the chorus lyric that went on to title the EP. The song title actually has a few meanings. A play on the fact that it takes Guts to stick to your guns and do what you love, but also as a humorous literal response to the ‘..whats inside of me’ lyrics at the end of the song. But it’s also a reference to the short story ‘Guts’ by Chuck Palahniuk – no spoilers here, but trust me when I say only read if you have a strong stomach!

This was actually one of the first songs wrote for the EP – we had wanted to write quite a ballsy, in-your-face punk tune, and although the end section went through a few iterations, most of the track came together quite quickly. The track is an ode to one of my favourite writers, Charles Bukowski, and the title is in fact the name of the semi-autobiographical film he penned the screenplay for. The lyrics are peppered with references to his poetry and his novels – the song isn’t really glorifying his behaviour, its more about being able to relate to his outlook on life, how honest he was and how he believed that people should be forced to take the rough with the smooth. All that of course, and the fact that I too enjoy a drink.

4. The Whole World Is Ending In My Head

We went back and forth quite a lot with different ideas for this song. After the fast-pace of the previous two songs we wanted to do something a little different to break it up and give the EP some diversity. Originally we’d thought about doing it instrumental, but thought the whole instrumental-interlude thing had been done to death. As a band we’re obsessed with hauntings, UFO’s, the paranormal and unexplained mysteries etc, and have wasted far too long looking at strange videos on Youtube, so on the surface this song lyrically was about that but more about how people will fake or hoax evidence of things like this because they are so desperate to prove them – and by doing this they actually discredit them more. The title(and final lyric that is repeated over the powerful part of the song) is an expression of frustration at these people. Of course the themes of this song could just as easily be applied to spirituality.

We wanted the EP to have a big ending, and i think thats why Long Winters is the most bombastic and epic sounding song on the release. The song is about times in my life when i have felt abandoned one way or another, and about how sometimes it can be small thing that makes you realise that you are a strong enough person to deal with it, and that sometimes you just need to look inward to really find yourself. One of my favourite settings for fiction has always been post-apocalyptic, whether that be in literature, films or video games, and i really wanted to try to capture that vibe in these lyrics. The song has this great bridge that just sounded huge, but it just had such a depressing vibe to it that i couldn’t help but write about someone almost accepting their own lonely death. But of course, the song builds up to one last chorus to show the person finally accepting who they really are.

Purchase So This Is Home here: http://thehidingplace.bigcartel.com/