Already on their third release in just two years, Nathan Detroit have clearly been on a creative quest to find their best self. Mission accomplished. To be sure, forthcoming release Peace Of Mind sees the Wiltshire quintet frothing with melodies and punchy, infectious hooks, the EP’s four tracks feel positively jam packed with killer choruses and memorable refrains. Here vocalist Jamie guides you through the themes and lyrical inspirations behind the offering, track by track… 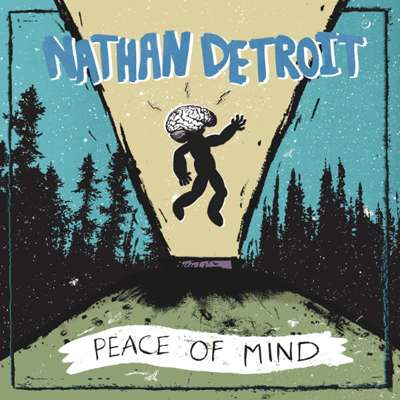 As we embarked on a further release, we wanted to make sure we were happy with the general direction we were heading in. As we began writing, it became pretty obvious to us that it was going to be a step forward and one in the direction that we had all talked about at the start. The finished product has a clear path from song to song, with a general theme of progression from beginning to end and a feeling that can be related to so many different situations and circumstances: mostly those that helped write these songs in the first place, those that everyone goes through in life.

Having established what the direction of the EP was going to be, we were able to start right at the beginning with ‘The Way Down’. The general feel of the song and the lyrical inspiration revolve around those regular day to day things that can feel like as if they are just getting too much. We have all had that poignant moment when we think, “I can’t take any more of this” and “enough is enough”. This is not necessarily a negative point of view, it can be seen as a positive message through hard times, signifying a turning point. I think it’s an honest song and one that emphasises the importance of balance.

When approaching this EP we determined that it was important for us to touch on things which we had never addressed before. ‘Never Enough’ was written to portray a time in all of our lives, when being yourself is scrutinised to the nth degree, perhaps to the point of oppression in some cases. Everyday life can be pretty strenuous, but as the song progresses it demonstrates the need to continue with things, prioritising and living by your own terms. The message is to have the strength to recognise what you need to do to keep going.

“I Will Always Be Part Of This World”

This was a massively emotional song to write and by far the most vivid in terms of imagery. I address some issues which had been presented in ‘The Way Down’ and ‘Never Enough’, but with an element of reflection and contemplation. It was always an important part of the message of the EP to encourage taking steps forward and as the Chorus states, it’s a slow and steady road but one which does have an end, there is a realisation that things are going to be ok.

From the beginning we knew we wanted to clearly address a specific idea with ‘Every Heart’, the idea that no matter what happens, we all have something to offer. It was my vision to take the emotional elements explored in the EP and at the end, put a fun twist on them, leaving listeners with the general message that we can all contribute something. In fact we probably already do. ‘Every Heart’ marks the final step on the journey from feeling emotionally drained to knowing there is a positive future.

Peace Of Mind will be released Digitally and Physically (CD & Vinyl) via St. November Records on 11th August 2014.