Track By Track: The Frights – You Are Going To Hate This

You Are Going To Hate This is a hormonally charged garage-surf-punk mess of driving rhythms and reverb-drenched riffs with ’50s rockabilly references that are as fresh as the faces of San Diego’s The Frights. It’s all held together by front man Mikey Carnevale’s vocals, pivoting effortlessly from hook-up to breakup, from croon to wail. Dates with Bad Religion and Fidlar threw gasoline on a growing fan fire that now fills 500+ cap rooms in San Diego and Los Angeles and fuels sold-out tours from Seattle to Phoenix. The Frights’ Dangerbird Records debut brilliantly captures the unbridled energy of the band’s live show while letting their exuberantly dirty doo-wop shine. 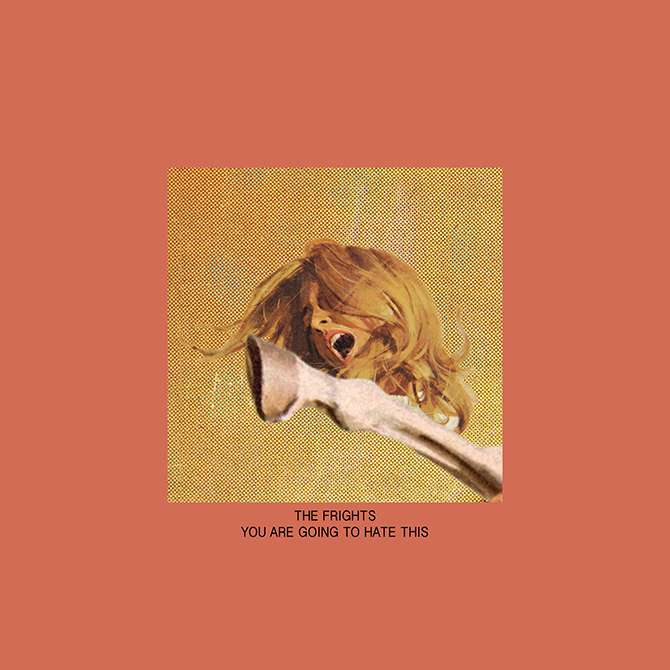 It’s about breaking up with someone and being with other people while convincing myself that I should go back to my ex because she’s “all i need.” The first verse, however, is about changing our sound as a band and knowing that some people are going to be weirded out.

It’s about living with your parents and hating them and being a brat, and once you’re finally out on your own you realize how hopeless you are and how they were right. I blacked out drunk while doing the vocal takes for this song. (thanks Zac)

3. Afraid of The Dark

It’s about my fear of dying/dying young. The “she” I refer to is supposed to be the ghost of my dead grandmother.

It’s about being tempted to cheat on someone.

Being insecure at the most ridiculous times (when someone’s giving you a hickey). New version inspired by Sublime.

It’s about my ex girlfriend. She really tried to change me and the want she had for me to change “haunted” me, so it’s kinda me saying “look, I’m just the way you wanted me now.” Inspired by Sinatra/ other crooners.

It’s a song from my girlfriend’s perspective when she’s mad at me. “3 o’clock in the morning still haven’t got a call from you” – just jealous girlfriend shit.

It’s about growing up [laughs] and realizing how much it sucks, and changing the way you think about things you used to love.

9. You Are Going To Hate This

Half of each verse is about my girlfriend and the other halves are about Brian Wilson.

It’s about losing friends, breaking up, touring, drinking too much, feeling lonely and understanding how uncomfortable and overwhelming it is. “My head aches and my heart breaks” is probably the best description of the overall album mood, lyrically at least.

Pick up You Are Going To Hate This here.

PrevTour Diary #5: Hodera Tour To SXSW And Back
A Day (Or Two) In The Life of While She SleepsNext