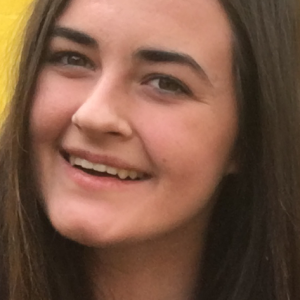 Track by Track: The Good The Bad and The Zugly – ‘Algorithm and Blues’

Welcome to the Great Indoors

Have you ever dreamt of a place where you can be truly free? A place with an endless horizon of possibilities, where you can be anything you wanna be? A place without war, climate change, hunger or bad internet reception? An eternal realm of frozen pizza and Tetris highs cores? Are you searching for that special place, your very own flow zone beneath the ozone? Well, look no further. We bid you welcome, to the great indoors!

What are you gonna do, when you’re about to go totally cuckoo? This is a cautionary tale about a guy who books a one-way trip to Switzerland, prepared to welcome death with open sleeves, just to remember at the very last minute that he left a six-pack of ice-cold Becks in the fridge and is rejuvenated by a sudden will to live. After all, it’s the liquid diet that is keeping him alive!

Staying with the Trouble

Do you fear the devastating effects of global warming? Are you afraid robots will eventually put you out of a job? What about genetic engineering, overpopulation, bees dying, or the sixth mass extinction? Or do you feel the spread of algorithmic power is stripping you of your autonomy by messing with your Netflix recommendations?

STOP!!! Enough! Rid your fears, cuz GBZ will accompany you through the Dantenian stages to hell as we all circle the drain, holding your hand through the apocalypse, if you can just stay with the trouble a little while longer.

You’ve got to follow your dreams. Don’t let anybody turn you down. Don’t tell me that the sky is the limit when there are footprints on the moon. You can do anything you wanna do. You can be whatever you wanna be. You can even be president … at least for Turbo Jugend.

One recurring debate keeps haunting the Norwegian music scene time and time again, and you can say it’s grown existential and now threatens the entire future of Norwegian music. We’re of course talking about the issue of people in the audience talking loudly while musicians are trying to perform their shows.

Well, in the case of GBZ, the problem is turned on its head, cuz we can’t seem to shut up. Our audience often tell us to shut up during shows, but we’re not gonna stop. There is so much that needs to be addressed! We got jobs, problems, taxes, kids, NRK license, bompengering, robot robbers, wives, a shihzuh, and gardens to tend to. You see, we don’t have time for your band!

The Man Behind the (Oxygen) Mask

Traveling has become really expensive for GBZ lately. Not due to added flight taxes or expensive train tickets, but because several members of the band now need to bring additional pieces of luggage wherever we go. Why? As we’re all well into our middle-age decay, we’ve contracted yet another age-relate decease.

This time, it is sleep apnea that has spread like the black plague through the band, and now everyone needs to bring their individually-fitted apnea masks and oxygen tanks whenever we go on tour, thus adding another financial burden to our already severely strained band economy. So this song is a plea to the Norwegian Arts Council: WE NEED MORE OIL CASH TO STAY ALIVE!

Fuck Life … but How to Live It?

‘Fuck Life’ is an attitude. It’s a way of coping with the world, an existential philosophy, a guide to living in the 21st century. It’s a testament to all the possibilities you have when clock strikes 8 on a Friday night, and you’ve got 50 euros in your pocket.

It’s an ode to the hard-working man and woman, clockin’ hours at the office, living for the weekend, looking to drink it all into the past, cuz when Sunday comes, we’re all gonna be crouched in front of the computer Googling ourselves anyway, drenched by a tidal wave of self-disgrace.

What is rock? It used to be dumb; it used to be juvenile, adolescent, magnificent. It used to be prophetic, megalomanic, beer-soaked and party-insistent, naive and fantastically apathetic.

These days GBZ, have found themselves caught in the web of the never-resting entrepreneur, the soldier of Corporate Rock working around the clock to secure profits and maximize utility. What used to be a way of avoiding employment in favor of hard drinking has turned into a monstrous, working machine where steady cash flow, insurance claims, copyright lawsuits, and meeting agendas have come to color the tableau of day to day band life.

People say that rock is dead. It’s not. Business just took its place instead.

What Have You Done for Me Lately?

Black metal has been considered one of the most interesting exports to come out of Norway over the past 30 years. But what has it actually done since the genre-making records and church burnings of the early 90s? WHAT HAVE YOU DONE FOR ME LATELY?

Today, they play their shows at the opera house, and portray themselves as truffle connoisseurs in the national media. So you see, there is no more Blaze in the Northern Sky. When the light came out, they all laid down to die.

The Kids are Alt-Right

The climate cause is the most pressing issue of our time. But, despite all the brave kids skipping school in favor of public protest, the protagonist of this song can’t seem understand why not everyone is turning to the street in support of the cause.

He utilizes his severely limited mathematical skills and concludes that nine out of 10 therefore must be alt-right, reflecting the strategy of willfully misunderstanding, now a common policy among the 60+ers of the political establishment.

Fuck Padovani, Sting, Summers, and Copeland. I can’t get that motherfuckin’ song of my head! And I really get the urge to pull the trigger whenever I hear someone humming “Wrapped around your finger.” So fuck the police!

All good things eventually go to hell, so it seemed appropriate to finish off the record with a mass of death. So, listen to the requiem, and you’ll find that first of all, glory has been alcohol!