Track By Track: Five of the Eyes – The Venus Transit

Today, we’re pleased to bring you the track by track of Five of the Eyes’ latest album The Venus Transit, which can be read below. You can purchase the album here.

Five of the Eyes is a progressive rock band from Portland, Maine. The term “progressive rock” is used with reluctance in their case, though, as most of their music seems to defy genre. Imagine that the love child of Jeff Buckley, The Mars Volta and Incubus started making music. Then, somewhere along the way, it had an affair with Queens of the Stone Age. The offspring of that relationship then started making its own music, and it was under the name Five of the Eyes. 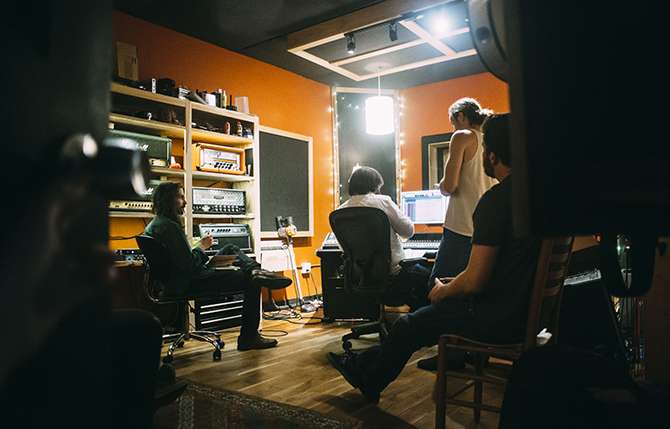 There’s something about this song that really highlights who we are as a band. As the first song, it sets the stage very well for the rest of the album, and generally is just a ripper of a song!! It kicks things off with three guitar solos and a wicked catchy chorus. Probably one of the best drum tracks on the record. See third verse; Shed City, Population: Petey G.

One of the more rocking tunes on the record. I believe Ned came up with that main riff and (in our usual style) we worked together as a group coming up with the rest of the parts and setting the arrangement. Although most of the song is straightforward, some sections are rather odd and are actually some of the most technically challenging parts we’ve ever written. It took us a while to get to a point where we could play the ending without fucking it up. That’s that shit we like.

In terms of the vocal melody, I think this song has one of the catchiest on the entire record. Darrell really crushed it on this song, and I think his voice really shines. Also, the drum sound we captured for this tune is one of my favorites, especially in the intro. While we were tracking for this song, Tim was inspired to write the piano part that comes in during the bridge. Jon (Wyman) was superb about that kind of in-the-moment stuff and was always encouraging it. It was definitely one of the cooler moments of the recording process.

Lyrically, I think this song is a meditation on the idea that we may all in fact be living in a simulation (who or what crafted this simulation…who knows!). The instrumental parts do a great job of augmenting the subject matter and it’s cool how we see a sudden change in mood when the outro kicks in. Tim and Ned trade solos during this part. Each of the four solos was improvised and we used different pedals to give each one a unique voice. It’s not a battle though, or competitive in any way. It’s a mature, enlightened, musical discussion between friends on life’s biggest questions…

Definitely one of the more low-key songs on the album. This one tugs at the heart strings and gives off this strange feeling of nostalgia. I think a lot of people will be able to relate to it, and it’s one of the reasons we love this song so much. Bonus fact: Darrell’s performance on this track is one single vocal take he cut live on the floor during basics. Pretty cool.

This song is about the cycle of life. We are all born as a result of lust and will one day pass on and turn into dust. It is a reminder of the fragility of life and, although we as humans like to think of ourselves as different from other living organisms, in the end we will all suffer the same fate. As gloomy as that sounds, it’s shit like that we think helps you appreciate every waking moment even more. I mean we get to have a kick ass time every day playing songs like this with our friends…what more could we want!

The way the guitars intertwine with each other on this track…and in combination with the vocals and rhythm section: it’s unstoppable! Also, one of the more interesting sounds on the record happens during the second verse. Darrell had the idea for a backing vocal part, but it wasn’t really clicking, so he played it on the Rhodes through some guitar pedals instead. Another great example of TVT in action…love it. Also Tim nailed the vibraslap on the first take. Not bad for a guitar player.

This one has been around for quite some time in one form or another…it’s been through a lot of form changes. Another in-the-moment part took shape during this song; Tim’s Ebow part during the climax of the song. It works well to ground the melody while simultaneously allowing the song to take off. We think it’s pretty neat.

The end of the river. This song is about letting go and surrendering to the flow of life’s experiences. It’s about being ok with change. Being that this is the last track on the record, perhaps it’s a reflection on the difference between what we first imagined and what has come to pass. Additionally this song fucking shreds hard and the end gets us super jacked! 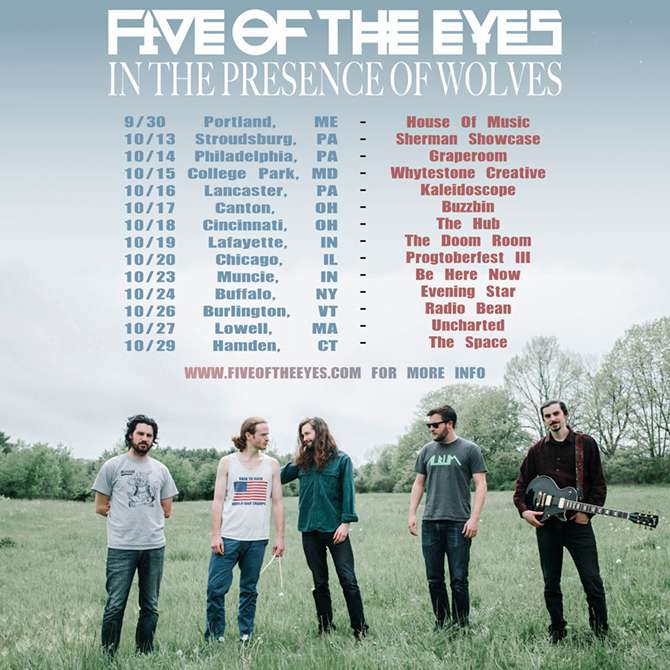