Track By Track: Blood Youth – Inside My Head EP

Born from the ashes of Climates, the foursome knuckled down on the hunt for a new vocalist. As the search began they channelled their frustrations and fears about an unstable future the only way they knew how: into music. By the end of 2014 the band had amassed a wealth of cathartic new material, songs that snapped and snarled at the heels of their collective anxieties, and kept their determination to continue above water. The band’s focused and positive mind-set was further rewarded when Kaya Tarsus, a one-time former bandmate of Pritchard, stepped forward to fill the frontman vacancy, and Blood Youth was born. After a few intensive months behind closed doors, the quintet are now ready to reveal their debut offering, the Inside My Head EP, which will see release June 22nd in partnership with label Rude Records. Here Kaya guides us through the release, track by track… 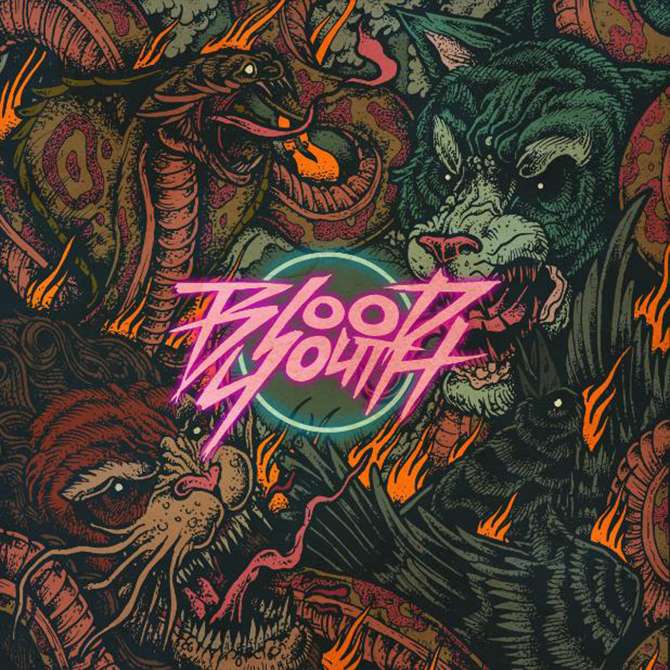 A lot of the tracks on ‘Inside My Head’ are about my own experience and point of view of dealing with a break up and other challenges that come with it. Piece by Piece is quite a brutal song lyrically, it’s about trying to move on with your life by starting a new relationship, but eventually realising that you do not actually feel any emotion for the other person. At first I was holding back when I was writing the lyrics for this song, but I eventually I realised that the best way to get a message across in a song is to be blunt as possible.

This song is about realising that you have hit rock bottom and desperately wanting to start over. I used to spend a lot of time staying over at various friend’s houses because I wanted to get away for a bit, the more time you spend on your own the worse you start feeling about various issues, so it was good to have a distraction. This song is about getting over that feeling of thinking you’re a “failure”. I actually remember writing the lyrics “living our life from the ground up” whilst I was sleeping on my friends living room floor.

Most of the lyrics from this song were taken from notes I used to write down in my phone when I was going through a rough patch. They weren’t necessarily for lyrics when I was writing them, I was using it in a cathartic sort of way. We only decided to use them as lyrics at the last minute when we were in the studio.

Cold Sweat is definitely the heaviest track on the EP. It’s about trying to deal with everybody else’s problems including your own. At the time I wasn’t in a great place financially, the relationship I was in was going to shit and I was constantly having arguments with my family. Sometimes carrying all that weight gets a bit too much! We wanted to get this heavy intensity across straight away when we were writing.

Lyrically, this is probably the most personal song on the EP for me. Dead Space is about moving out of an apartment I used to live in. I had gone through a difficult time whilst living there, it felt like every time I came home I was reminded of someone I was trying to forget.

This track is about moving away from the town I grew up in. At the time I felt like that the only way of I was going to get over something was that I had to get as far away from it as possible. So I moved to a city in a different country to find some sort of clarity. It actually turned out to be the best thing I ever did for myself, I needed to get away to realise how much I missed being in a band, creating music. I came back to then UK after 3 months to start work on Blood Youth with the rest of the guys.

Overall, Im really pleased with the outcome. Personally, this is a very cathartic EP and I hope its a record that people can relate to in their own way. Every time we perform these tracks live i’m reminded of the challenges I’ve had to overcome. At first it was pretty difficult shouting out your issues to a room full of strangers, but its a lot easier now.

PrevTour Diary: On The Road with Vocalist Zach Quinn of Pears
Lowering The Bar: You’re Not My FriendNext