Track By Track: Fatherson – Sum Of All Your Parts

We’re pleased to bring you the track by track breakdown of Fatherson’s latest album Sum Of All Your Parts, provided by the band’s vocalist Ross Leighton (read below).

Sum Of All Your Parts is available now through Easy Life Records. You can purchase the album here.

Fatherson will be playing a series of intimate shows and in-store performances in support of the new album. Get more info here. 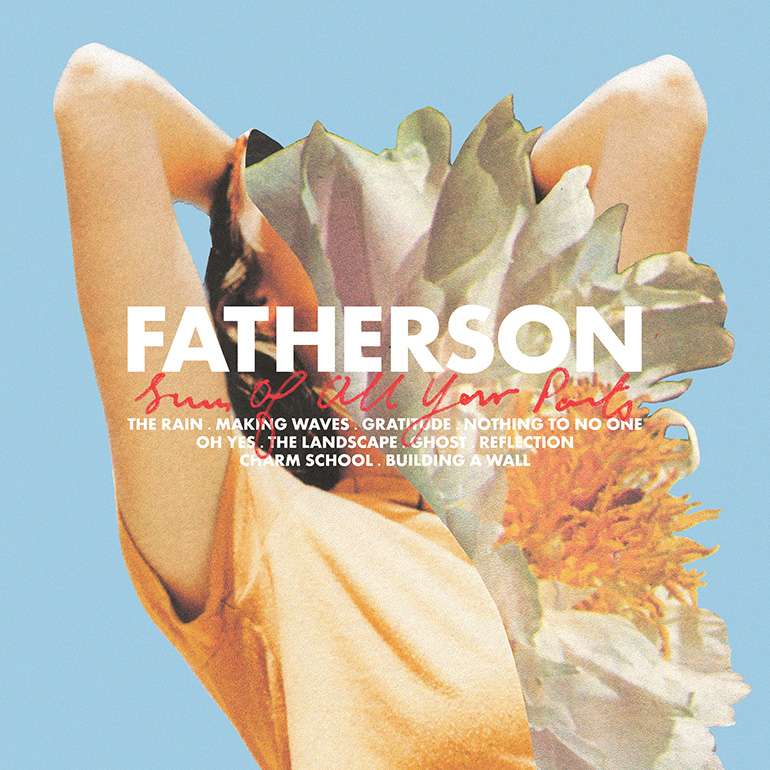 The inspiration for ‘The Rain’ came from a flight we had to London. It was one of those days where you get up at like 4am to get to the airport for a 6am flight and everyone, including the airport staff are all so tired that no one speaks to anyone, luckily though the plane wasn’t that busy. Due to that one of the stewards asked if we could occupy the exit rows on the plane, which gave us three seats each to sleep on for the duration of the journey. That’s where the opening lyrics ‘You sleep in the exit rows, when there is a problem you’ll be the first to know’ came from. The structure is kind of weird and it’s got an instrumental chorus which was fun to experiment with. This whole album is really just one big exploration into music that we thought was cool when we made it and for that this song is the perfect opener into our little world of songwriting.

Making Waves is like our Weezer homage. It was the first song that I wrote for the album and I think it’s the perfect bridge between the stuff we’ve previously released and the new direction we’ve been taking. It’s pretty lighthearted and just about falling in love with someone that you don’t want to lose. It’s kind of grunge which is an avenue we’ve never really gone down, but this album was all about pushing the boat out for us a little and I think it does a good job at that.

This song I wrote with my friend Duck in a little writing room in Tottenham just outside London. I’d been suffering writer’s block for about a month and was feeling pretty down on myself and after throwing myself into a bunch of writing sessions for other people’s projects I ended up coming away with this song and decided to keep it for myself! It helped kick start my inspiration for the rest of the album and I’m super thankful it came around.

Nothing to No One

I had always wanted to write something as a duet for a male and female voice, and this sort of just happened that way. We got in touch with a girl called Sarah Howes who releases music under the name ‘Bryde’, because we loved her voice and thought it would fit this song really well. The song is written about a time I was in New Orleans last year and got drunk with my girlfriend’s uncle. We ended up in the dog house for a couple of days but I got a good song out of it I think!

This song is something we’ve wanted to try out for ages. It’s got like a minute and a half bass and vocal intro and a poem in the instrumental section by a very talented Poet Called Isaiah Hull from Manchester, England. It’s a song about feeling a bit invisible but I think lyrically it’s optimistic and by the end it’s kind of anthemic. It was one of those songs that wrote itself, I think it took about 20 mins all in from nothing to it being finished. Those ones are always really rare and special!

This song has been kicking around for years. It was almost on Open Book but there was just something that wasn’t quite right about it so it sat on the maybe pile for like 3 years. Then we wrote the bridge and it turned the whole thing on its head. It’s almost sexy which is something we would never have done before. We just got the song to a place that we thought was super cool. We’ve been playing it over this summer and it’s awesome.

This song is kind of part two of the landscape and it really doesn’t take itself too seriously, it’s like four songs smashed into one. It’s so much fun to play and it’s about Ayrshire, where we all grew up. I suppose all of the songs we write are about those experiences of growing up with each other and having all those life experiences together. It’s definitely the kind of song that would have been on our first album and I love it for that.

This song is about partying too much and being inconsistent in the lives of people around you. I think I spent a while being a little destructive and selfish and just ignored everything that wasn’t two feet from my face. Coming out the other side of that was super difficult but it happened and this song is really the apology for that. I think if you make music you need to be honest about things and illuminate your own life experience this is the most personal song on the album and in my opinion the best thing we’ve ever done.

This is the balls out rock song on the album. The guy that was playing with us live in 2016/2017 had the riff knocking about for years and one day we just jammed it out and Charm School happened. In a similar way to OhYes it was a one day thing built around that riff. Lyrically it’s about feeling like things are happening but it’s on someone else terms. It’s sort of our mantra of taking back control of our future, or at least the decision making that goes along with it. It’s way easier to watch something you’re 100% behind do well than something you don’t really believe in or feel no part of.

This was really Greg’s baby, he had that drum loop and Marc and himself spent like a week in the studio creating that drum and bass riff. I’ll be honest it took me a while to find something to put over it, like 3 months. Then one day it all just clicked and turned into this cool hypnotic prog pop jam that is maybe my second favourite song on the album. Because we recorded the album in the sequence of the track listing, by the time we got to Building a Wall we were pretty deep into the mellotron. It’s the perfect closer to the record and even has the title hidden in the lyrics which is pretty sweet.