Hailed as “one of America’s most promising young rock bands” (AlternativeNation.net), power rock trio Noiseheads breathe new life into alternative music with their forthcoming new full-length Sitcoms for Aliens, due out January 5, 2018. You can pre-order the album on iTunes. 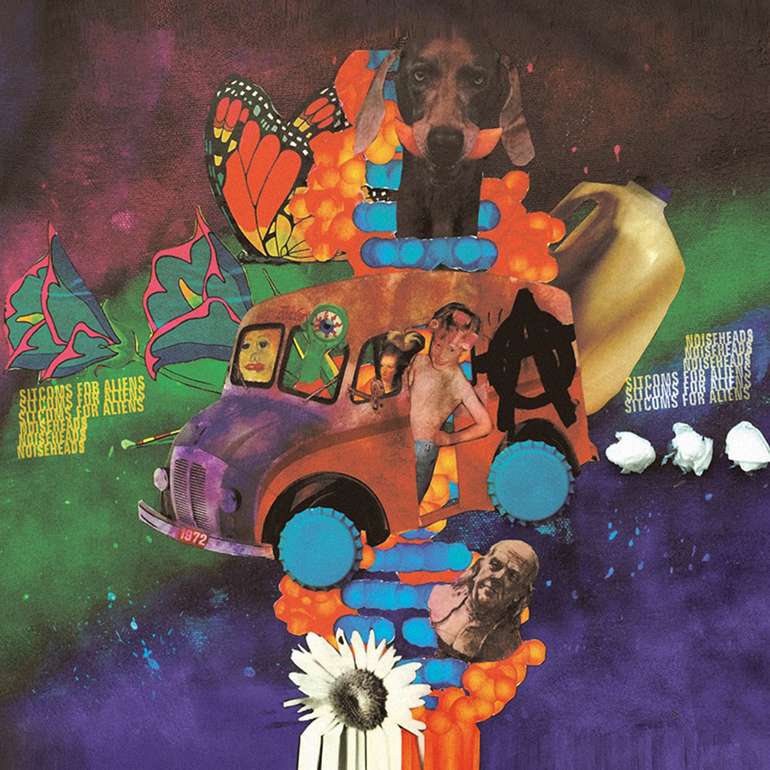 ’Running at around 20 seconds, “Prelude” serves as the intro to the album. I wouldn’t necessarily consider it a standalone track but as the title would suggest, it musically foreshadows what’s to come and makes a lot more sense once you’ve listened to the entire album.

The first line really says what the song is about: “I don’t want to wait in vain.” In life, we are asked to be patient for a number of reasons, but what if you’re really just wasting your time?

Thanks to the 24-hour news cycle, we’ve all become numb to senseless violence and disturbing images. Lyrically, this track explores one’s exposure to this new era we were born into and how some can’t seem to get enough of it.

Our obsession with celebrities is at an all-time high and despite how ironic it is for some areas of the world to need basic necessities while billions are spent on entertainment,we continue to feed the machine. We have no control over it and not only are we perfectly okay with that, we’ll do anything for 15 minutes of fame. But is fame what we’re really looking for?

This track is about spirituality. I’m agnostic, so I think “god” is in everything and in all of us in the form of energy, not in the form of a white dude with a banging beard. So, this song isn’t so much about questioning the existence of a god as much as it is questioning our own existence.

Road trip. Getting lost is sometimes just as important as the search, and that’s what this song is about. I love the organ solo on this track, and the guitar riff is probably one of my favorites on the album.

Growing up in a generation full of narcissists, why not give them their own song? When I write lyrics, I tend to stray away from anything too concrete, living in the ethereal world of metaphors and hidden meanings; however, I went the opposite direction with this track – a 21st century “Jack & Diane.”

This is one the oldest songs on the record, originally written in 2012. It never fit in any of the past releases tonally, but I love where it sits on this album. It’s dark, depressing, and probably a movie directed by Tim Burton in some alternate universe. There’s heavy Weezer and Radiohead vibes on this one.

This track is sort of the indirect antithesis to “Drown Me” and is probably the most uplifting on the album, but I wouldn’t call it a happy song. It’s safe to say that everyone wants to be all right, and the lyrics could be interpreted as a cry for help but in that adolescent-like, overly dramatic sort of way.

The meaning of friends change as you get older. Sometimes, we must let go of someone we thought we were close with once the relationship proves to be one-sided or toxic. Who do we tell our secrets to when there’s no one we can trust?

Our minds can go to scary places and sometimes never return. It’s only human to take others for granted, but we must always do everything we can to make sure those we care about matter to us. Being alive isn’t enough for some, and we must never give up on those looking for a way out.

We are all fighting for something. Victory is freeing and yet fleeting, so it becomes an addiction. We will never win, but we’ll be kicking and screaming until it’s all over. This song is easily the most vulnerable track on Sitcoms for Aliens.

PrevTrack By Track: Icarus The Owl – Rearm Circuits
S!ege: 5 Songs To Request At A Holiday Party So You Can Come Out Of Your Shell and Socialize For Once, GoddamnitNext