Music is a catharsis, a release, and that is exactly how doom barons Spaceslug feel about their new record, Eye the Tide. Guitarist/vocalist Bartosz Janik and bassist/vocalist Jan Rutka got personal with the meaning behind the record and the emotions that went into each song.

“The album is our personal journey and a way of cleansing the tides of pain and depression that appeared in the period when we were writing the songs,” the band explains. “Music itself can be a very effective of talking with yourself and clearing your head.”

“This time, our universe turned into medicine for us, and the great cover art by Maciej Kamuda shows best what the album contains. It’s the natural conclusion to our previous two albums and the end of the linked journey.”

Bartosz: As always, the first song of the new album is in some ways picking up the tail of the last one from the previous record. We always try to go smoothly from one record to another. The name “Obsolith” was chosen because we think the new album is in some ways something tired, monumental and personal for us. It’s like something that is in fact obsolete in our mind but stands hard as a monolith. It’s the start of the journey, and lyrics like, “Again, I’m falling down” show this. Our path of cleansing starts with this song. Monoliths of the past become obsolete.

Bartosz: This song contains the story of the energy that is between two people, that every one of us is always seeking. When this energy vanishes and you see only memories of the distant past, you start searching for your own meaning in life,”That hope is old” and you must go forward. Nothing in this world is certain.

Jan: This is one of the most personal texts I’ve ever written. It’s linked somehow to the “Time Travel Dilemma” song lyric I wrote for the previous album, but describes a different kind of feeling. Previously, we were in a sphere of fear of something uncertain and unknown: the fear of taking a big step forward, the fear before making a hard decision, and the feeling of being pulled back at the same time by the past and anything that’s been left behind. In Eternal Monuments, we are past that moment but still without an answer about what the decision was, or if the step forward was taken. We are left only with the results, that something big and important has fallen, looking at its death from the top, slowly disappearing into the dark ocean, and getting more invisible with every tide.

Bartosz: This one is my saddest journey. It was the darkest and hardest lyrical manifesto for me as a musician and songwriter, almost a cleansing for my mind and therapy for my soul. The entire song is very different in every aspect. We used a more aggressive approach and it’s more straightforward if you’re talking about inspirations. It was also the first time I was the main vocalist in one of our songs, which was a little controversial for us, but on other hand, a natural progression for the band also.

The lyrics contain a sad story of loss, buried dreams and failure at a deep soul level. It’s about the embodiment of time as a teacher, showing you the good in all the losses you have in your life … especially those that are irreparable. 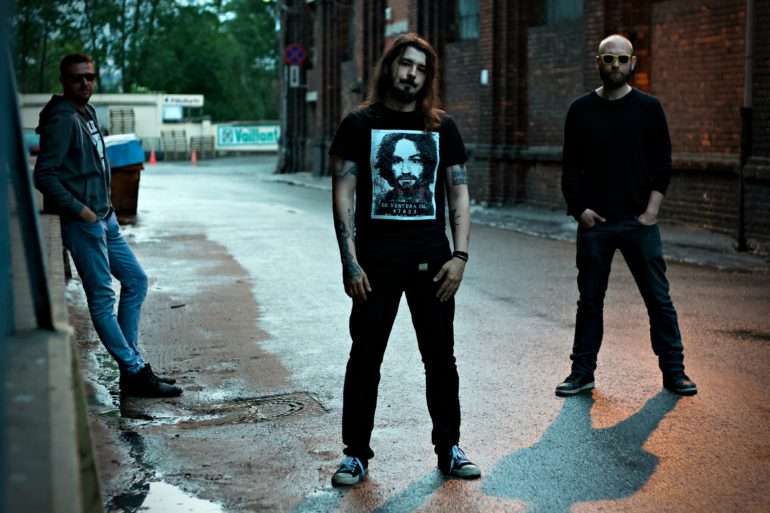 Bartosz: “Vialys” has two parts that show both the beauty and the hurricane of emotions from being lost in one’s own world. It first tells the simple story of how it is to be in a warm, familiar place, but then, in the second part, it shows where the path leads when you forget who you really are and where you belong.

Bartosz: The end of it all, this song is really the sum of all the soul contaminations that were injected into this album. In the end, the only reason for pain is yourself. Sum of it all, last truth. It’s also the definitive, polished end of the first page of our musical book, composed of our first three albums.

Where we go next … is unknown. And, as always, the meaning of the songs can be anything for every listener. If you can find something for yourself in these songs that moves you inside, then we’re happy at having put our very dark hearts into this album.