As streaming continues to dominate, those of us who still pine for physical goods are left with fewer options than ever for our wish lists. While I can appreciate the convenience of being able to stream movies and shows at will from virtually any digital device, the reliability and quality of a hi-def disc is still pretty hard to beat, especially when the internet is down or getting glitchy. But on top of all that, this time of year, you often get the sweet deluxe packaging, which for collectors—especially of offbeat horror or cult films—it can be a drool-inducing experience. Read on for a few standouts this season. 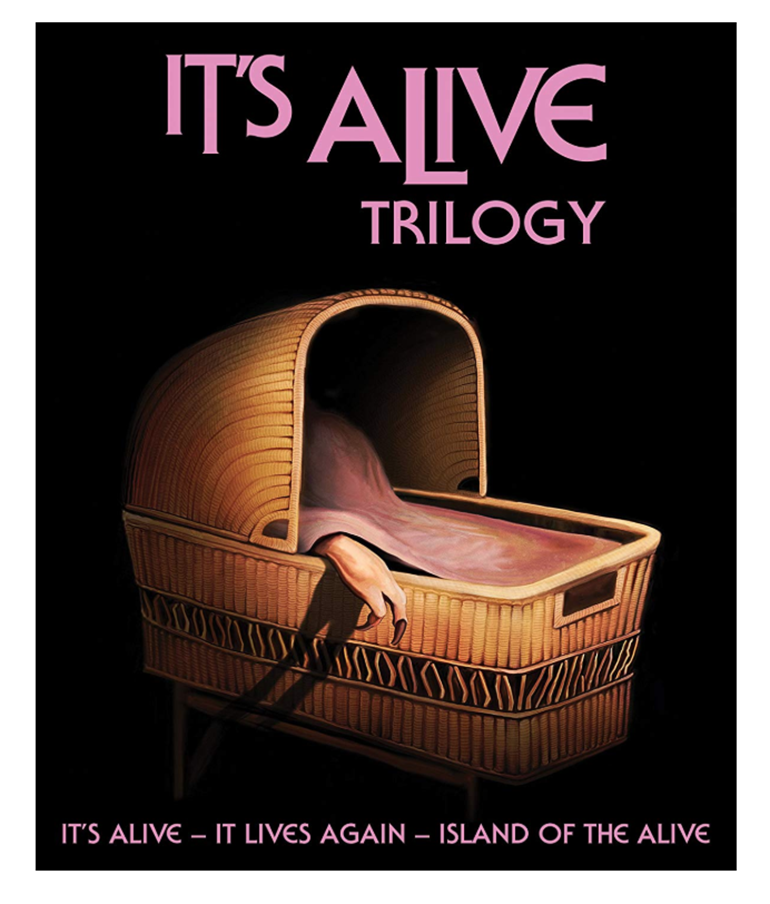 A couple of kooky ‘70s and ‘80s horror treats can now be had in deluxe box-set collections, courtesy of the retro gurus at Shout! Factory. It’s Alive (1974) was one of exploitation auteur Larry Cohen’s finest moments. When a baby is born as a murderous mutant monster, all hell breaks loose, especially when the pharmaceutical company responsible for his condition attempts to cover it up. Rife with striking visuals, some crafty kills and a strong political undercurrent, Cohen’s masterwork has remained a favorite for decades and still has some relevancy for these troubled times. A couple of sequels would follow, eventually making the franchise a cult fave. You can now have it all in the It’s Alive Trilogy, which has all three flicks on Blu-ray, plus a slew of cool bonuses, expanded art and interviews. 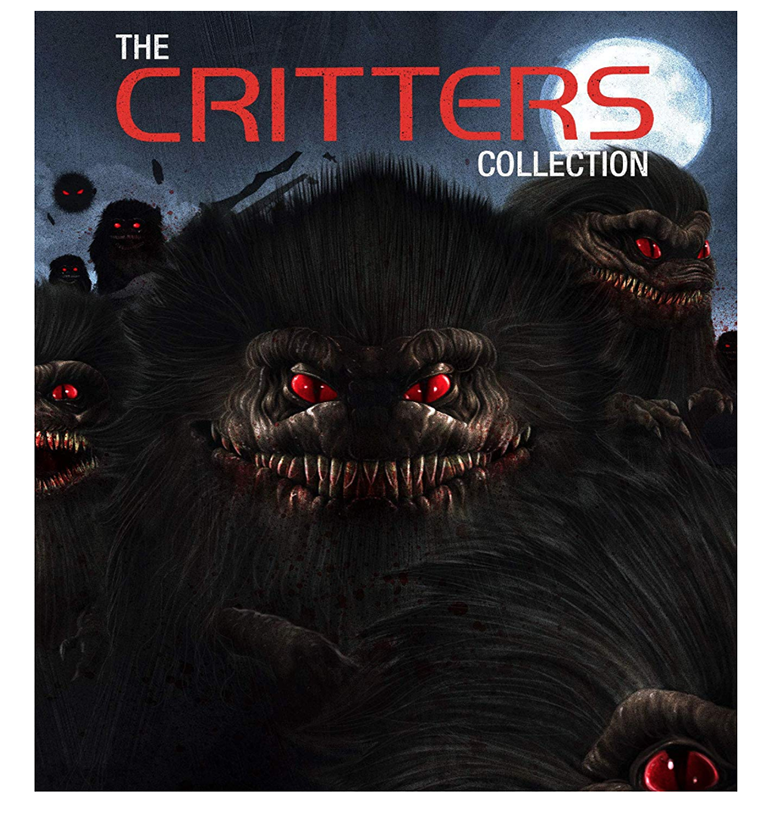 Long thought of as a low-rent imitation of Gremlins, the Critters films are not without their charms, albeit in a goofy kind of way. When these furry aliens with insatiable appetites land on Earth, shit goes awry in a serious way. Cashing in on the alien-themed trends of the ‘80s, the film serves up its Sci-Fi with heaping doses of comedy, violence and sarcasm, which in this case, kind of works. The sequels would by and large not be as adept, but either way, the film has developed a following for its campy approach to the genre and overt ‘80s stylings. The Critters Collection features all four films from the series.

Anthology horror films (movies broken up into separate story segments that sometimes connect) became popularized during the ‘60s and ‘70s with classics such as Tales of Terror, Doctor Horror’s House of Terrors, Black Sabbath and Tales from the Crypt. Following the tradition of these earlier goodies, Creepshow hit the screens in 1982. 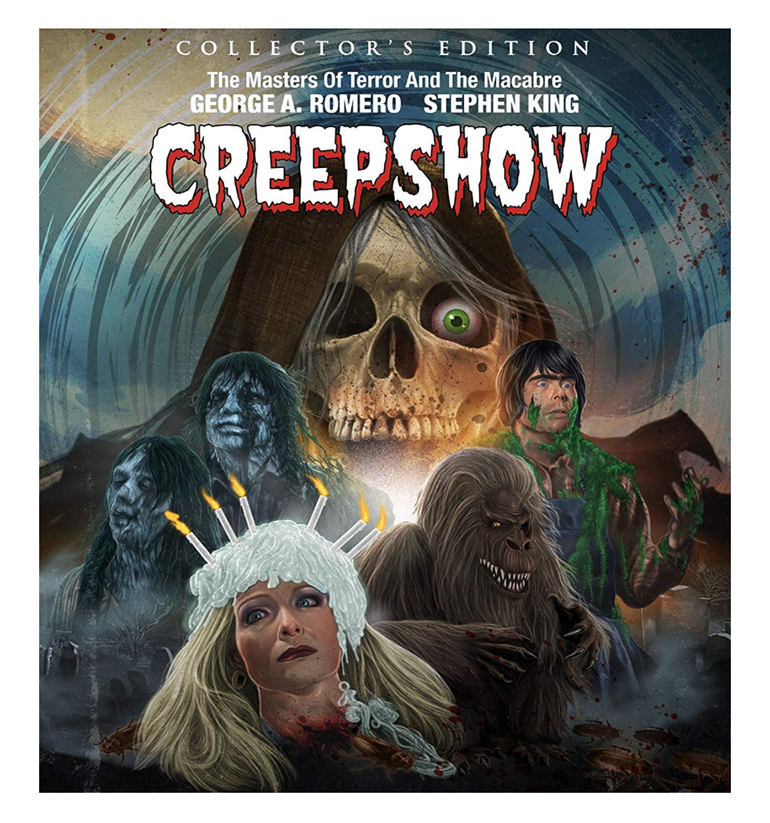 Directed by George A. Romero and written by Stephen King (the film marks his screenwriting debut), the film is more of a dark comedy than anything truly ominous or creepy. An homage to the comic books of yore, the film stars Leslie Nielsen, Hal Holbrooke and dishy ‘70s TV star Adrienne Barbeau. With art direction from horror great Tom Savini, the film’s color and ambience is one of its biggest assets. Not all of its five stories hold up so well, but there are some great scenes to be had, like when an apartment gets flooded with cockroaches in They’re Creeping Up on You, or a pair of waterlogged zombies in the Something to Tide You Over segment. Now, you can see it all in Shout! Factory’s stealth new Blu-ray set which comes with a slew of trailers, interviews, deleted scenes and more. 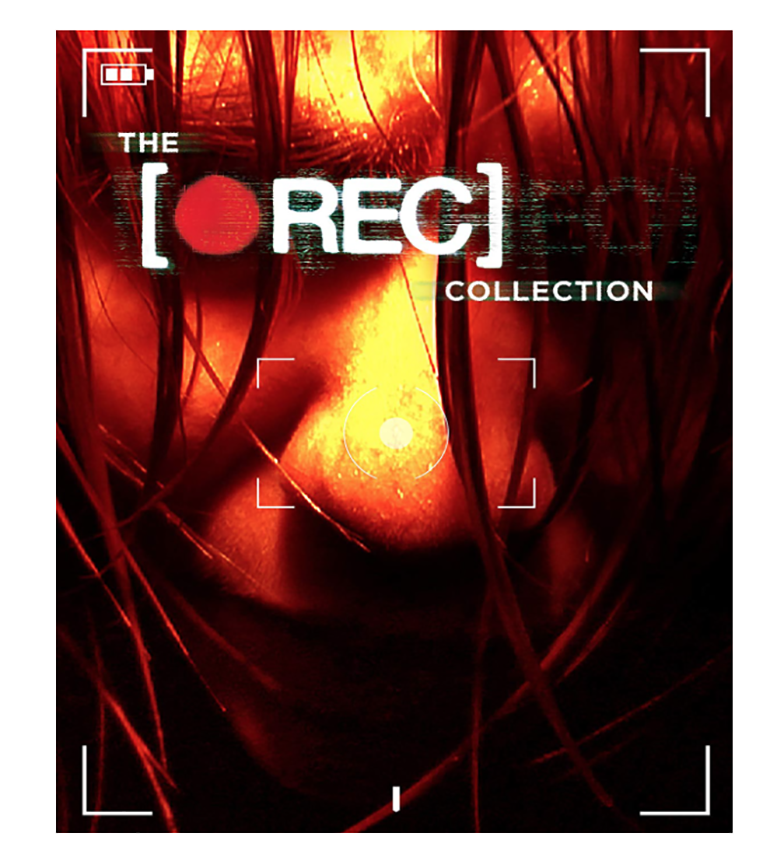 Shifting gears just a bit, The [Rec] Collection is one of the more unique offerings available this season. Comprised of four films—from Spanish filmmakers Paco Plaza and Jaume Balagueró—the series is one of the craftier entries in the “found-footage” horror subgenre. The first film follows a news crew that gets trapped inside a quarantined building, only to be subjected to some particularly nasty shite. The second film starts up right where the first concludes, heightening the madness and violence in the process. The second two installments avoid the found-footage approach in favor of more traditional narratives, with each director taking a turn. This set includes all four films in hi-def along with audio commentary and a featurette. (Shout! Factory) 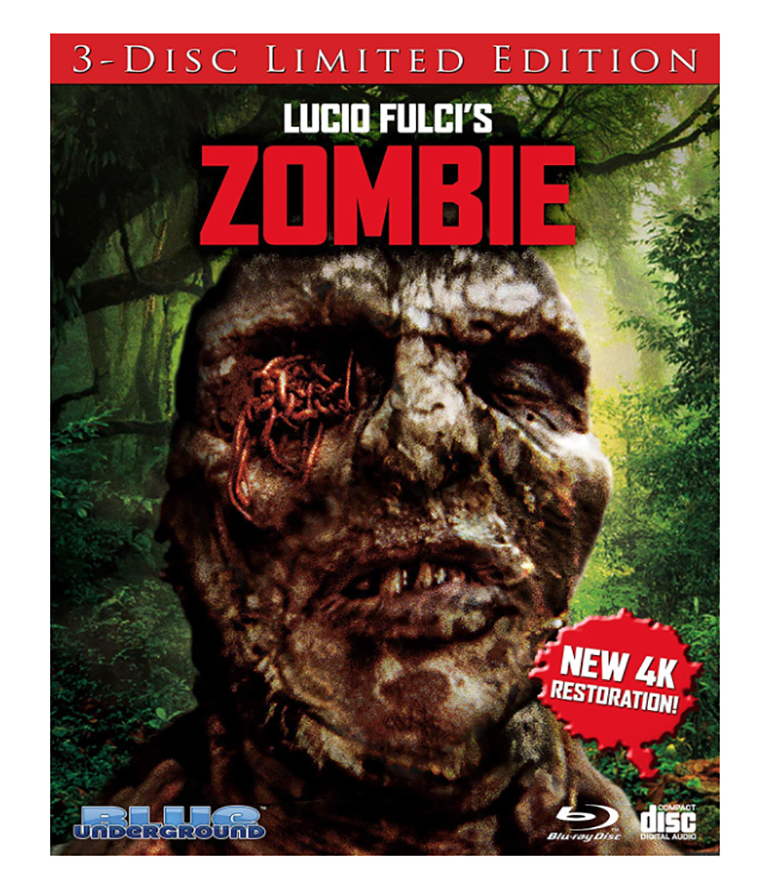 Groundbreaking horror and exploitation label Blue Underground has unleashed a pair of heavy releases in super-deluxe packaging that will surely brighten anyone’s Xmas holiday. Italian director Lucio Fulci made a name for himself by crafting over-the-top, gore-infused horror and exploitation films with a knack for creative and colorful kills. Films like From Beyond and Zombie are considered his masterworks, and the latter has just now made its way onto 4K, in a plush, 40th Anniversary 3-disc release, complete with 3-D cover.

Often mentioned as a sequel of sorts to the more mainstream Dawn of the Dead (although there’s no official connection), this late ‘70s stunner is notable for its overtness—the zombies take a far more aggressive stance than in previous undead outings. The film’s sets and costumes are also far more ominous and creepy than even many of the CGI outings of today. Fulci captured horror magic in this all-too-graphic masterpiece and now it’s been remastered for pristine 4K viewing, along with a slew of bonuses, including an interview with fan and award-winning director Guillermo del Toro. 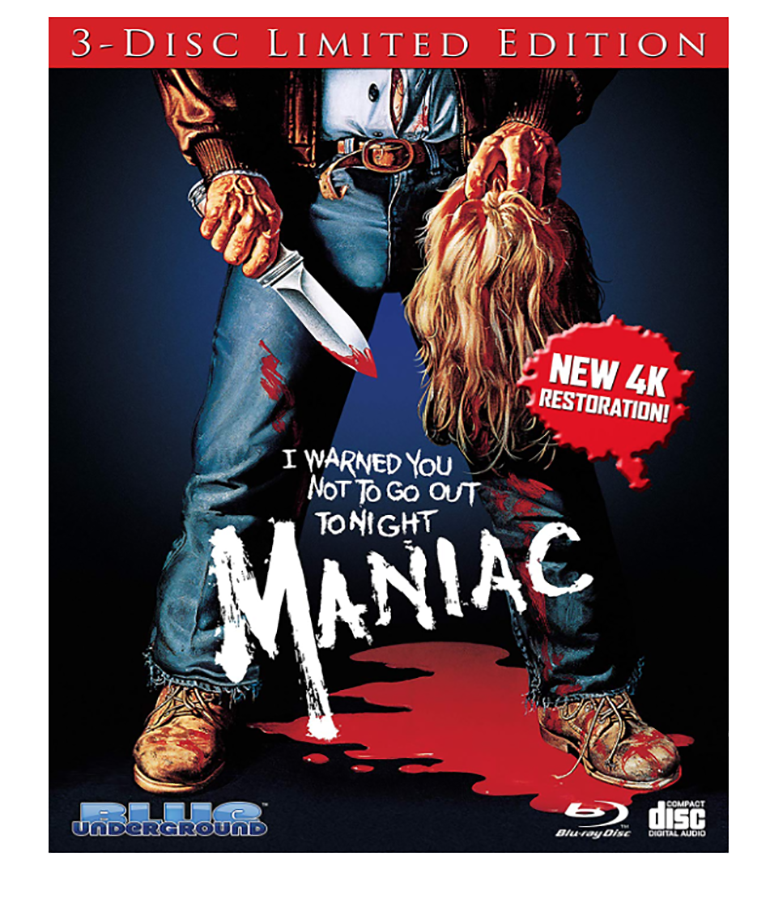 The label has also just reissued a truly garish 4K version of obscure slasher flick Maniac (1980). Filmmaker William Lustig managed to create a bleak, unfeeling world around character Frank Zito, who suffers from severe depression and PTSD as the result of an abusive childhood. With all that pathos, the pathetic lug hallucinates about killing and then carries it out in real-time, without any provocation. He then will often add elements of his victims to his special home collection (this was years before Silence of the Lambs).

Derided for its gratuitous violence and banned in the UK for a spell, the new ultra hi-def cut is the perfect gift for the Maniac completists on your list—and also comes complete with loads of bonus features, a 3-D cover and a CD of the complete soundtrack. Nice.

For questions, comments or something you’d like to see, drop me a line at Retrohead77@yahoo.com. Cheers, JK