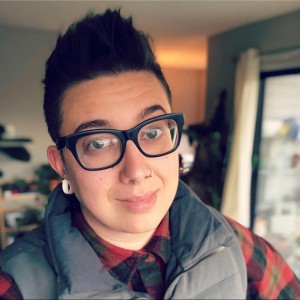 Why Underoath Should (And Should Not) Release New Music

With Underoath’s Rebirth tour being a smash success, many fans are wondering if the band will decide to write a new album. There’s no doubt that if they did write new music, fans would go ape shit. Every publication would cover it, and every fan would buy it. As long as they are making headlines and are on the tip of everyone’s tongue, it’s the best opportunity for them to record a new album. Because of all the buzz surrounding them, this is also why it would be a terrible idea. Why, you ask? Well let’s elaborate just a little bit…

Most fans can agree that They’re Only Chasing Safety and Define The Great Line are the band’s best and most influential albums. The following albums, while good in their own right, simply did not have the same draw as those two releases. Aaron Gillespie’s departure had some impact on that, but that is not the only reason. Underoath simply aren’t the same musicians they were back in 2004 when They’re Only Chasing Safety first hit shelves. As they grew and changed, so did their music. An evolving sound is usually something that we look for in the course of a band’s career, but it can have its setbacks.

When fans listen to those two albums (or any album from 10+ years ago) they are looking for that same feeling they got when they listened to the albums in their younger years. For many of us who fall under the category of “old school Underoath fan,” we were teenagers when those albums were released. Fans will be looking for a sound that will remind them of their youth, but that won’t happen. Underoath could try to recapture the energy of Chasing Safety and Define (and likely fail, because as stated before, they aren’t the same musicians), or they can write whatever comes to them. Either way, there will be people who will hate it. The album could be amazing, but it will still receive a lot of hate. Sometimes it’s best to just leave things in the past, and allow us to remember the band as they were a decade ago. Dropping a horrible album after so many years could stain an otherwise pretty solid music career.

The potential for backlash should not necessarily prevent the band from writing new music though. If they are really feeling it, and things seem right, then by all means go for it. I, and many of my friends, would absolutely love to support any new efforts made by the band. If Gillespie were a part of the endeavor that would be even better. If this happened though, we as fans should be prepared for something that sounds nothing like their previous releases. We can’t ask for them to write something nostalgic and demand they evolve their sound at the same time. It’s not fair to them, and it would prevent them from writing the best possible album for us. If they do release new music, I hope that they utilize Gillespie to his full potential and have him singing in addition to drumming. There would really be no point to having him specifically if he wasn’t also singing. That would be my only request of the band.

Releasing a comeback album is a complicated matter. There are plenty of examples of groups nailing their comeback releases, and at least just as many of artists failing miserably. For now though, the band has stated unequivocally that they have no plans beyond the Rebirth tour. I am content with this, and will be satisfied with their one time reunion performance. However, if they opted to release some new music after the tour, I would be incredibly excited, as well as slightly cautious. Regardless of what happens after the tour, the band can expect tons of support and love from their fans.