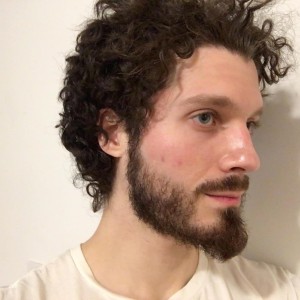 Death Valley Girls are messengers of the cosmos. With positive effects on the psyche and consciousness, the music of Death Valley Girls shows that there is still a place for ritualistic and magical sounds in rock today. Now, everybody’s favorite California doom boogie band are back with news of a music video for “What Are The Odds” from their forthcoming album Islands In The Sky.

Islands In The Sky is Death Valley Girls’ follow-up to their 2020 psychedelic album Under the Spell of Joy. Since their last album dropped, Death Valley Girls were also busy releasing a split seven-inch with Le Butcherettes and getting remixed by Peaches this year. Their newest single, “What Are The Odds,” is a return to form and the next step in terms of creative output and musicianship. “What Are The Odds” is also good, old fashioned rock ‘n’ roll with vocal harmonies that inspire singing along and guitar riffing that motivates movement.

“What Are The Odds” focuses on the idea that life and reality are part of a simulation. Mastermind and visionary Bonnie Bloomgarden described “What Are The Odds” as reflecting the consciousness-expanding intentions of the band. Bloomgarden says, “We love to think about consciousness, and existence, and we very much believe in some type of reincarnation, but also that this experience isn’t linear; there isn’t a past and future; there’s something else going on! What is it? Is it a simulation, are we simulated girls??!”

Death Valley Girls made the album after Bloomgarden recovered from an illness. Even as the music expresses deep truths about life and living, there is a feeling of immense positivity pulsing in the sound.

“When I was sick, I started to wonder if it would be possible to write a record with messages of love to my future self,” Bloomgarden says. “This was really the first time that I consciously thought about my own suffering and what future me might need to hear to heal. I struggled so much in my life with mental health, abuse, PTSD, and feeling like I didn’t belong anywhere. And I don’t want anyone—including my future self—to suffer ever again. I realized that if we are all part of one cosmic consciousness, as we (Death Valley Girls) believe, then Islands in the Sky could serve not only as a message of love and acceptance to myself, but also from every self to every self, because we are all one!”

The music video for “What Are The Odds” was directed by Sammy Westervelt, the band’s newest bassist and backup vocalist, who joins mastermind Bonnie Bloomgarden, drummer Rikki Styxx, and guitarist Larry Schemel. The video boasts of colorful, kaleidoscopic imagery, pairing choral garage rock with retro, ’70’s visuals and art cinema.

Islands in the Sky drops this February through Suicide Squeeze Records. Preorder here.