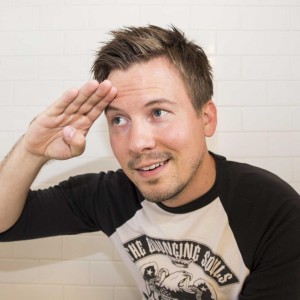 Like a double scoop of ice cream or Barack Obama's presidency, all good things come to an end. Riot Fest on Day Three thus, did the same. The festival wrapped up at Douglass Park this year with another brilliant day of bands.

Like a double scoop of ice cream, all good things come to an end. Riot Fest on Day Three, thus, did the same. The festival wrapped up at Douglass Park this year with another brilliant day of bands.

My morning began with a sprint to the bus, making it just in time for The Linda Lindas. They have such rich, blunt songs that carry the torch of their punk rock predecessors. The quartet rose to a larger audience in early 2021 as their song “Racist, Sexist Boy” struck a chord with the mass frustrations felt for daily ignorance in the news. During the day’s set, The Linda Lindas moved across the stage in synchronized hops with grins from ear to cat-whisker-painted ear. After introducing the band, lead singer Bela Salazar noted that it was a Sunday, and no one likes Mondays. She then encouraged everyone to release all of their energy to start the week on a positive note and kicked off a cover of Bikini Kill’s “Rebel Girl.”

Approaching the stage for Mom Jeans, no one could blame the band for not wearing the signature fashion item on this humid afternoon. It was another hot day, and people were doing their best to stay hydrated. After just a handful of songs in, a fan collapsed (presumably from heat exhaustion) mid-crowd, and everyone pointed to the spot. Lead singer Eric Butler promptly stopped the set and waited until the fan was wheeled out safely. Applause roared from the crowd in appreciation, and the band rode those good vibes throughout their energetic set.

After a food truck refuel, I caught Less Than Jake. This set was somewhere around the 30th time I’ve seen this band. Their enthusiasm doesn’t wane, and it certainly did not on this Riot Fest stage. Buddy Shaub continues to leap around the stage playing trombone, half musician, half hype man. Pete Wasilewski fills the horn section with his sax while Roger Lima holds down the smooth bass lines and vocals (not slowed by whipping around his historic dreadlocks). For years, I wasn’t always sure if he was singing or if it was Chris Demakes—the two harmonize like soaring birds. Aside from a beautifully designed stage with their songs, the fun surprise here was a wacky inflatable tube guy. As I exited the area, I’m sure I saw Lima dancing with it.

Lunachicks were around the corner on the Roots stage, performing one of the first shows in a long time. Last year, their Punk Rock Bowling performance was the first live show in 17 years. Lead singer Theo Kogan adorned the stage with a pink, crinoline-poofed dress complete with a crown and pageant sash that read “Miss Fallopian.” The rest of the band’s outfits has stenciled messages of “My Body, My Choice.” They may very well have been the best styles of the fest.

Alice Glass performed much of their new album Prey/IV. The album directly confronts domestic violence and abuse in direct relation to Glass’ experiences in her previous band, Crystal Castles. The raw lyrics were performed with equal intensity. Her openness about these hard experiences is even more moving when seeing them performed live.

As Sleater Kinney took the stage, I could feel dopamines flooding my body. These pioneers of the Riot grrrl movement have created such powerful music that no matter how they arrange a setlist, it’s bound to be an incredibly-rounded one. Singer/guitarist Corin Tucker’s voice serenaded with strength as they opened with “High in the Grass” from 2021’s Path of Wellness. They followed with singer/guitarist Carrie Brownstein leading “A New Wave,” which, much like its colorful Bob’s Burgers music video, truly makes you want to dance. Playing 14 songs at Riot Fest, Tucker also noted the importance of equal rights, declaring, “It’s our right, to our bodies.”

Nearing the end of the festival, Yeah Yeah Yeahs took the Roots stage in true form. The dramatic, dark lighting and smoke propelled the kaleidoscope of reflective colors on lead singer Karen O. She moved with the emotion and drama of a theatrical performer. The pacing of these gestures built anticipation for the songs to come. Their dynamic set guided the audience through a spectrum of emotions.

The final performer was Nine Inch Nails, returning to Riot Fest after their 2021 headlining spot was postponed due to COVID. Five years after their initial headlining gig at Riot, lead Trent Reznor declared, “This is one of my favorite festivals in the world.”

For a band that have headlined many festivals across the decades, that’s saying something. With rain the forecast for Chicago, many wondered if there would be a resulting mud show like their 1994 Woodstock performance. Thankfully the evening skies stayed dry for the duration, making way for a 90-minute set that leaned into their 1994 album Downward Spiral and expanded throughout their entire catalog. For a few tracks, guitarist Robin Finck supplied lead vocals. The raspy, sonic tone felt like a unique remix with his tonality. Reznor kept an intense, intimate mood, holding the mic close to deliver vocals for “Hurt” et al. The chaos amplified in moments, like when he played saxophone on “God Break Down the Door.” The range of emotions and important voices for equality made Sunday an excellent closer.
Check out Riot Fest Day Two here and Day One here.