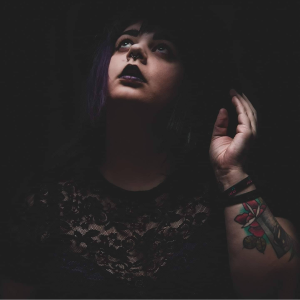 If there was one word that described my evening with Body Void, Portrayal of Guilt, and Uniform, it would be “cathartic.” While all bands were riddled with heavy bass lines that ripped through one’s being, the release of emotion displayed throughout the venue was just that, cathartic. It’s definitely been a while since most of Seattle has been to a live show due to COVID-19 lockdowns, and the display and release of aggression proved just how badly needed this event was.

The overall energy of the room was mellow to start, and when Body Void took the stage, the growing crowd was captivated by the slow and melodic tempo which defines doom metal. The weight Body Void’s sludge-like tone translated well from recording to a live setting, in such that it was more than just live music. Their sound created an omnipresent feeling which shifted and morphed the entire atmosphere to a state where all were enthralled.

As the night moved on, things shifted quickly as Portrayal of Guilt took the stage. I’ll be the first to admit that I had no idea what to expect, but I wasn’t disappointed. This Austin, Texas, trio doesn’t fit into any niche genre, and it was apparent as most songs ranged anywhere from post-hardcore to black metal, with a dash of metalcore. At times, the tempo was smooth and melodic, leading up to insane explosions that ripped open fast paced circle pits with the occasional outburst of hardcore dancing.

The second Uniform took the stage, all attention was turned, as shrill sounds consumed the airwaves. The initial, industrial feedback melded seamlessly into a deafening performance filled with fast paced riffs, deep bass lines, and insane percussion. Uniform have the capability of expressing genres that range from industrial to black metal twisted with thrash and post punk all within a few tracks. Berdan’s voice cut through the heavy tones in a sharp and savage way keeping even the most hesitant listener captivated.

All in all, the entire show was relatively good. Each band brought a different sort of energy to the stage, allowing concert goers the ability to ease into faster-paced songs with perfectly timed cool-downs.

The Vera Project is a volunteer-run, all-ages venue in the heart of Seattle. While the show could have been significantly more interactive, there were limitations in place that gave the entire experience more of a DIY vibe.