We’re happy to reveal Me First and the Gimme Gimmes are on the flexi subscriber cover of New Noise Magazine Issue #32! Not only are the band on the cover, but the issue also includes an exclusive Gimmes song title “For The Good Times.” The cover artwork was done by Stefan Beham.

Me First and the Gimme Gimmes recently released their Rake It In: The Greatestest Hits album through Fat Wreck Chords.

Plus, there’s a bonus flexi in the issue, featuring Cock Sparrer’s new song “Every Step Of The Way” (listen below), which is taken from the band’s upcoming album Forever, out April 21st through Pirates Press Records (US), Randale Records (EU), and Chase The Ace Records (UK).

“This is a song about hope. No matter what the situation is there’s always hope and you just have to tap into the positive spirit within you. Each verse describes a desperate situation ranging from young kids fighting in wars, someone going to prison and finally being told that you have a life threatening illness and having to tell your family and friends. But in each scenario there’s ‘something’ which is by your side and which will help you cope. Some people use religion, others believe in guardian angels, some people have the power of community or being in a close family or gang to give them strength to deal with whatever shit life throws at them. But ultimately you’re responsible for your own actions and this song is about the inner strength that can pull you through tough times.” 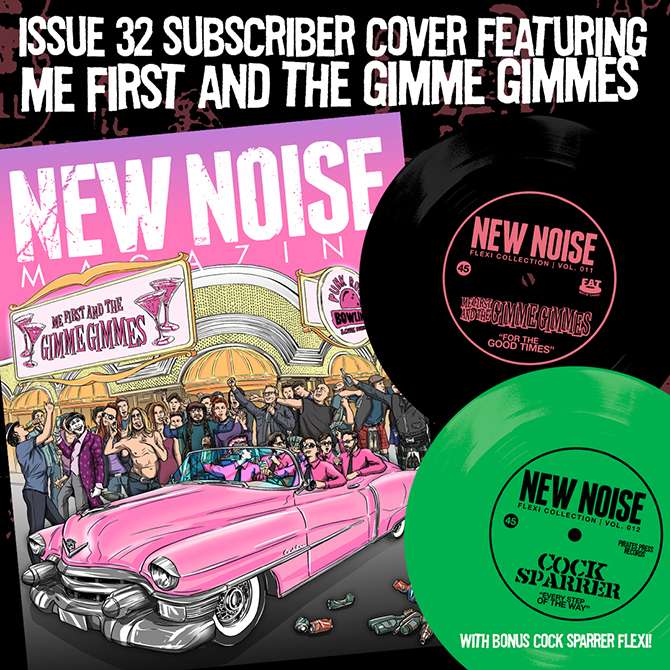