Critically-acclaimed death metal pioneers Gorguts have announced a new EP. The EP, titled Pleiades’ Dust will be released by Season of Mist worldwide on May 13th. A unique and incredibly ambitious concept masterminded by band founder Luc Lemay, Pleiades’ Dust runs as a single, continuous track that spans over 30 minutes of total run-time.

Gorguts are streaming the first excerpt from Pleiades’ Dust. The excerpt, titled “Wandering Times,” is streaming now at Stereogum. Pleiades’ Dust is available for pre-order across several CD and LP formats at the Season of Mist E-Shop.

Regarding the album, Luc Lemay comments:

“As our EP Pleiades’ Dust consists out of a single long narrative composition, it was not written with the intention of being edited in segments. As the storyline proceeds in chapters though, I was able to isolate this part called ‘Wandering Times’ which will give the listener a good idea of the composition aesthetics which are present throughout the whole piece. The lyrics tell the story of the ‘House of Wisdom’, which is referring to a library that was based in Baghdad sometime between the 8th and the 13th century. There much of the intellectual activity of the Middle Age took place while Europe was stuck in the Dark ages after the fall of Rome. Many scientific discoveries were made at the time such as algebra, optics, astronomy, and many more… Without the translation movement that brought this library to life, we would have never had the Renaissance that we know. It is a story about curiosity, beautiful minds and sadly, about how man destroys great discoveries and achievements.”

The album art for Pleiades’ Dust, illustrated by renowned artist Zbigniew M. Bielak (Mayhem, Watain, Ghost, and more) can be found below. 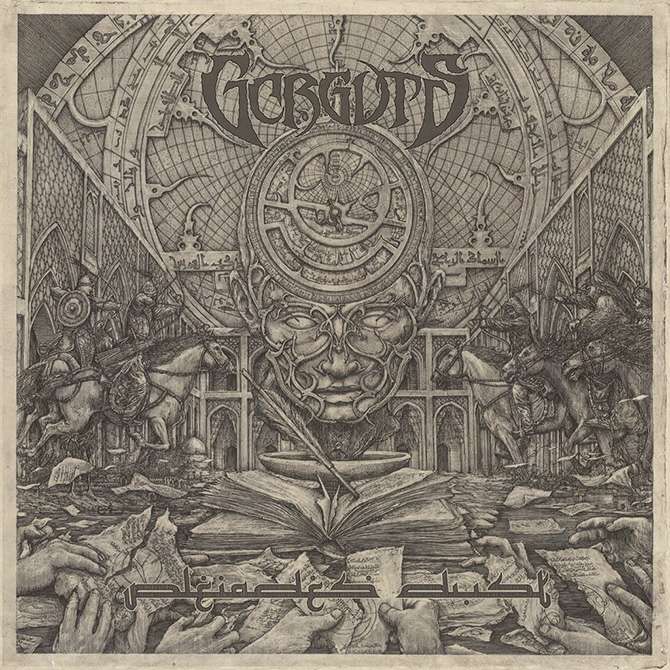 Regarding the cover art, Bielak comments:

“As a child I was fascinated by the Middle East. My uncle used to work on civil engineering contracts in Libya and Iraq, so we kept receiving exotic, mosque-graced postcards throughout the otherwise lackluster eighties behind the Iron Curtain. I have a genuine affection towards the region’s architecture, climate and aesthetics, therefore it was a pleasure to illustrate Luc Lemay’s new concept album, which is a tribute to the scientific heritage of the Islamic Golden Age. Although the pun of the album title was not intended – as much as NASA supercomputer Pleiades today, Baghdad’s Bayt al-Hikma – The House of Wisdom, epitomized the Middle East’s scientific sophistication. Boasting the largest library of the medieval world, this vibrant multicultural research and educational center, drew in learned scholars including those of Jewish, Christian or Buddhist origin to translate, preserve and further develop important works of scholarship from across Europe and the Middle East whilst the Occident regressed into Dark Ages. Spanning from the 8th century of our calendar to its symbolic ending with Genghis Khan’s grandson’s bloody Siege of Baghdad in 1258, resulting in obliteration of the House of Wisdom, The Golden Age of Islam left the world much indebted also to its numerous original contributions in diverse fields. From astronomy and medicine, to humanities and mathematics, Islam’s heritage helped pave the way for the rise of the West to its present prominence. The mind-bending intricacy of  Gorguts’ aural landscapes portrayed in this single, over thirty minutes long piece of almost classically structured music, lends an aptly dramatic narrative to the story of a leading civilization abruptly returned to dust.” 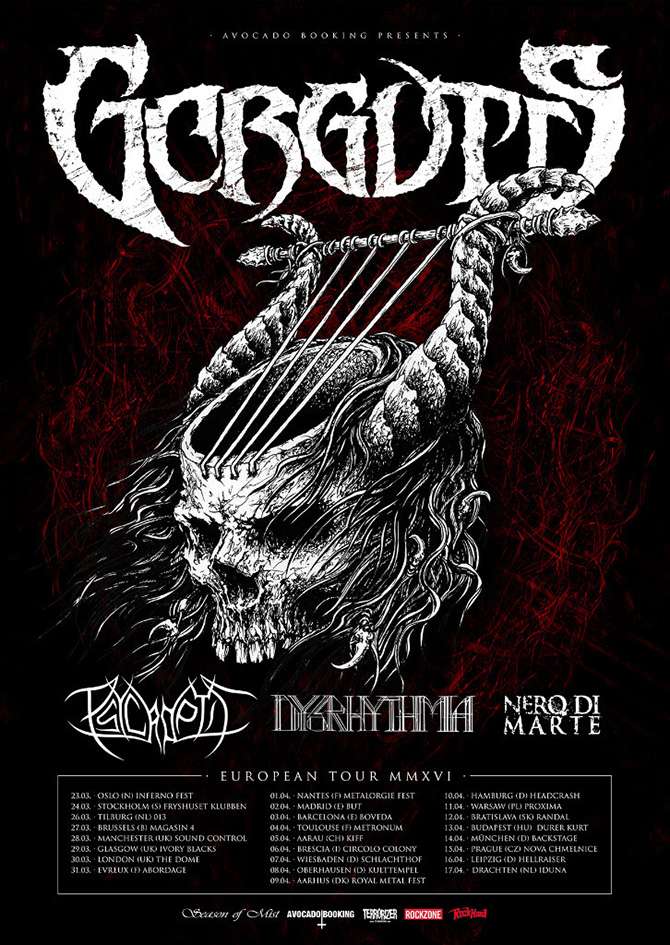