Bird Is The Word: Tweak Bird get poppier and weirder on ‘Any Ol’Way’

Tweak Bird’s wonderfully weird and wired third full-length record, Any Ol’ Way, is set to hit the streets May 22 via Let’s Pretend Record. The duo, biological brothers Ashton and Caleb Bird, deliver their most blissful and ambitious record to date. On Any Ol’ Way, the Bird brothers’ deep understanding that psychedelia-infused rock music can be satisfying, otherworldly, cathartic and fun all at once has never been more apparent.

New Noise recently spoke with Ashton about the forthcoming record, spending youth as an outsider, their Melvins influence, marijuana legalization, and brotherly love. This is what he told us.

You’ve resided in Los Angeles for quite a while, although you’re originally from Illinois. Do you find that you had more creative freedom and opportunities as a result of the move or do you still have an affinity for the Midwest?

Coming from a small, southern Illinois town, we were constantly outcasts for one reason or another. Home schooled children of pot farming hippie parents. After relocating to Los Angeles I realize kids shouldn’t have to grow up around closed-minded people. However, I don’t think I would be writing the music I’m writing if it hadn’t been for that social oppression.

What were the ideas and catalysts that were most prominently inspiring the new record, Any Ol’ Way? Is there a predominant theme or idea that ties the record together? 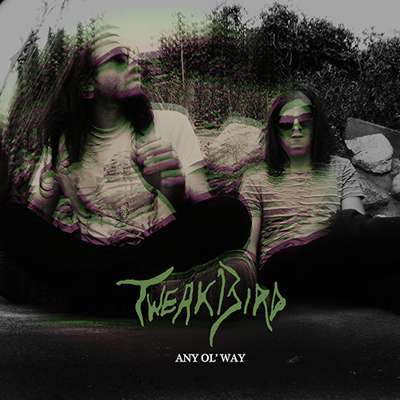 The idea behind this record is…we do whatever we want. And sometimes that even makes us happy. Life is short. Have fun and don’t miss it.

When did you begin writing for the album, and how quickly or slowly did it evolve?

This record we went with a new approach, we wrote half the songs over a six month period leading up to recording and the other half in the studio. We’ve never let our songs develop like that. It was really fun for us.

How much of what you guys do is improvised or unplanned?

Live a huge portion of our set is improvised. We never know what’s going to happen.

Who engineered, mixed, mastered, and or produced Any Ol’ Way? Did they do anything that significantly transformed the record from your original concepts for it?

Our dear friend David Allen engineered the record and produced alongside of us. He was really encouraging us to chill out and have fun, to trust the process. It helped us get weirder and more poppy at the same time.

Speaking of weird and poppy, you guys recently played a show with King Buzzo (Buzz Osbourne) of Melvins. Did you guys actually collaborate on a set for that show?

Not exactly, though we’d love to play with Buzz. We kept the actual music part separate.

You guys certainly aren’t strangers having toured with Melvins in the past. Do you keep in regular contact with those dudes?

Yeah definitely, although it’s tough to align our schedules since they’re tour machines. But, I live near Dale Crover, and see him regularly. Those guys are buds.

How influential have Melvins been on Tweak Bird?

Hugely! And not only musically. Since moving to Los Angeles in 2005 those guys have given us loads of insight on the music business and anything else we’d want to know about.

You guys have been described by one particular press outlet as “stoner heroes”. Are you pumped about the changing laws in Colorado and Washington?

Absolutely stoked about it. I can remember talking about legalizing herb with my dad ten years ago. He said, “We thought we were going to do that too, in the ‘70s, then we grew up.” Well look at us now pops!

Although I’m sure you’re sick of this question, when I read that a band includes a pair of brothers I always wonder if it is one of those Oasis or Black Crowes kind of situations. Do you ever have to kick your brother’s ass during a disagreement over band stuff?

Yes. All the time. We are extremely different people, though somehow I think we may even complement each other’s personalities. When we’re not pissed.

Are you planning a pretty aggressive tour schedule in support of the record?  Any summer festival performances planned?

We’ve got lots of touring planned, though I’m not sure what’s confirmed right now. Watch out toward the end of May. 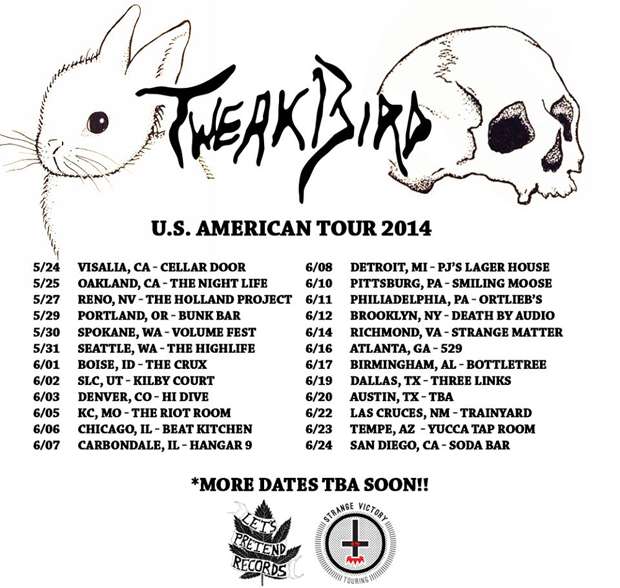