Bridging The Senses Beyond The Night: Half Waif on ‘Lavender’

“I love interacting with the world that marries the senses, that feels lush and full and transcends one sensory experience and can encapsulate more of the senses,” Nandi Rose Plunkett, the exemplary composer for Brooklyn’s Half Waif, comments about the process of creating music. With the band’s newest release, Lavender, Plunkett’s writing formula is more diverse, weaving magnificently dense textures of synth sounds into a blanket that covers the vocalist’s experience as a human being. “I think being a human being is frustrating,” she admits. “It’s a frustrating experience, because there’s only so much that we can communicate with other people without them physically inhabiting our bodies.”

Through Half Waif and all of Plunkett’s artistry, listeners can form a real connection to the representation of her lived reality. The sentiment, beauty, and abstract fear of the unknown are delicately displayed in the body of her songs, forming a visual and sonic landscape that seeks more than just being. “Creating these really textured, more dynamic pieces of music feels like a natural extension of my emotions,” she comments.

Lavender—released via Cascine on April 27—is just that, an eye through which Plunkett can look at not only herself, but the entire world. “I think a lot of it is about wanting to not only face the night, but appropriate it and absorb it and control it,” she explains, “being in control of your own fate and recognizing that there is this darkness in our lives and not letting that be a terror.”

The realization that a lot of the songs on the record deal with the night came after listening back to the demos. It’s one thing to try to understand the night, but the composer even sets out to feed off of it in the track “Lilac House.”

“For me, if we’re talking about the visual, it does evoke a little bratty devil creature dancing around,” Plunkett says. “That song was specifically written in response being a woman in a man’s world and wanting to not be so demure or meek or be a corner-cutter. I don’t want to be perfect or holding myself together.” The song has a frantic, discordant synth line that seeks to disturb as Plunkett spreads forth her resolve and sheds a part of herself to become a free voice in the industry. “I’ve been looking on the bright side for my life / Now I’m looking for trouble,” she sings. It’s a haunting ambiance that drives the song’s outpouring dissonance into a social quake.

While casting a shadow on the music industry with her fantastic pacing of modal shifts and synthesized progressions, Plunkett still finds a way to give her personal fears equally ghastly and high stakes. “Silt” is a radiating, fearful love letter, the soundtrack to an isolated island. The bubbling warmth in the verse flows under doubting lyrics, addressing Plunkett’s natural human element of perplexing emotions. The song’s chorus is a soaring exploration of honesty, of coming to terms with being an anchor for someone while finding a way to be two parts of a whole, and that compressive agency is furthered on “In the Evening.”

“That’s something that I find scary and I think a lot about, how to maintain autonomy while also giving your whole self to a person to live a life together,” the vocalist confides. Even while in a beautiful relationship with her partner of four years, Zach Levine—who also drums for Half Waif—Plunkett imbues a natural humanity into her continuing growth. “I’m realizing now that when I don’t want to be something or I don’t want to feel something, I’ll put it in a song,” she states.

This all comes together on Lavender’s closing track, “Ocean Scope,” a song that plays at first like a dripping faucet: endlessly present, but only if one pays attention. The lyrics detail death and all that comes with it before unraveling into an instrumental break more jagged than the verses bookending the piece. “There’s something cathartic about going through that middle section where it’s wordless and has this primal beat,” Plunkett explains, “[then], ending on the major chord and letting it fade away. Every time I hear it, it feels right.”

Half Waif’s music is more of a journey than a timely spin on a record player. There are aspects that extend beyond music and grip listeners with decorative textures, like the final touch of perfect curtains to complete a bedroom or the flood of memories when diving through one’s nostalgic talismans.

With the band’s extensive touring schedule, the opening track, “Lavender Burning,” is a search party for a sense of calm. The pulsing bass—provided by Adan Carlo—and synths underneath the trembling voice add an extra tenderheartedness to thoughts of an ever-distant home life. “I’m a homebody, and I love my rituals,” Plunkett asserts. Yet, the artist can remember exactly where she was in the world while writing each of the songs that make up her newest open-heart operation.

Lavender’s emotionally-driven, pensive songwriting marries Plunkett’s music to an enriching experience. “On one hand, there are these really different elements and environments that are represented on the album, and the common factor is me!” she summarizes. “I’m myself no matter where I go, and sometimes, I want to get away from me. I’m like this constant vessel in all of these new places. I have to interpret the new surroundings through the lens of myself.” 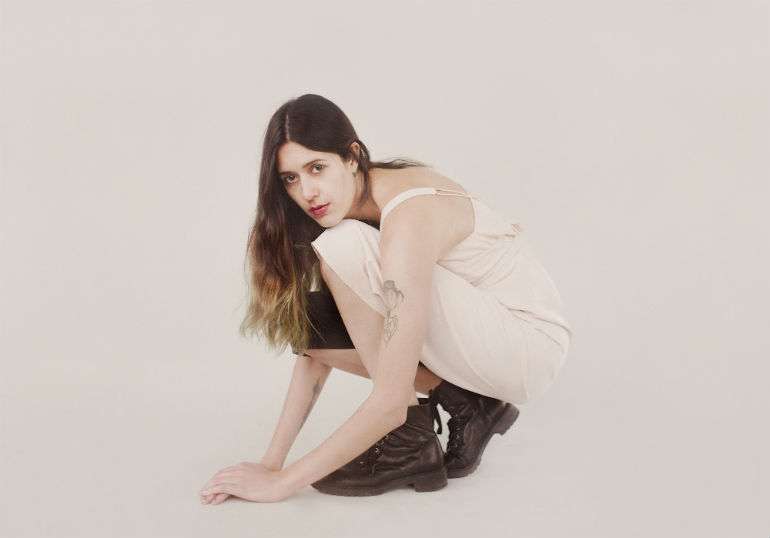