Deadkill boasts some seasoned Seattle hardcore and metal musicians. Saturated in sweat and violent vigor, the energy jumps off the stage. Raucous rock and roll with a punk attitude is the key base here. Their new defiantly titled full-length, No, Never!, is out on Good To Die Records. Deadkill captured attention with their debut last year, harnessing the tight riffs of a rock band with the chaos of punk.

“The main difference [from the first album] is that we got a proper recording,” explains Mike. “The seven inch was a demo. It turned out better than we thought, but essentially, it was just a demo. The producer Matt Bayles is the real difference this time. The production was a big step up. Nothing has changed as far as songwriting. We write a riff and find a hook.” Hooks galore. Ceremony and Fucked Up and OFF! come to mind as peers, but Deadkill also evokes that East Coast flavor of Cloak/Dagger or Deep Sleep.

Mike keeps giving Matt the credit for extracting such an inviting frantic mess. “With Matt, you know you are going to get a master of his craft. He has produced bigger bands (ISIS, Sandrider, Mastodon). We had our songs and he let us do our thing. He demands that you trust him. I really felt that [trust] from his track record. We just worry about executing the songs and he worries about getting the best out of us. We had a discussion about a vague sense of the vibe, but that was essentially it [for pre-planning].”

Matt and Mike have been friends and worked together prior to this release. Mike adds that sharing a practice space with Matt’s band provided enough interaction to know what the record should sound like. Matt would watch their practices and got the spirit of the band with verbal communication.

Mike had a sense of the sound he wanted Matt to extract. “Not too polished, just punk rock. I wanted to sound like we knew what we were doing, but still stay raw. I have spent my time in other bands making crappy demos. We had a lot of time to track. And then we just trusted Matt to get the best out of us. All these guys have been on bigger records, but this is my real first record as a guitar player.”

The end result is an explosive record with the no real template. Dwelling in a no man’s land like Poison Idea’s Feel the Darkness or Blank Blackout Vacant, Deadkill’s stark delivery never shies from embracing the rock stance. Still, some songs just pummel through at a staggering speed with punk rock fury. Breakdowns weave in and out, showing that this band should be primed for the pit. The dedication and camaraderie is evident in the delivery.

“I started this band, I picked the guys. I put the band together. We are all friends,” Mike asserts. “It is not a chore to go to practice. There is no fighting; we don’t bicker. We bring in ideas and have people respect it and help you make it into a song. That reflects what we are as a band. I am proud of that.”

The guys have outside lives, so touring to promote this album will be tough, but getting away to share this music is a priority. They plan to “take care of our region [Seattle] and then down into California. Short little jaunts, two weeks at a time, are realistic while our lives are set up the way they are.”

Speaking of Seattle, is it a blessing or a stigma to hail from the city of rain? With so many bands coming from there, good and bad, do they feel somewhat intimidated? Mike, having grown up there, has nothing but sentimental memories and admiration for the city’s current status. “I like loud guitars and hammering drums. Loud, heavy music has always been there for me. Around this town, the sheer numbers aren’t there like in the ‘90s, but people like Nik from GTD Records has established a strong community.”

Mike says the key factor is independent “record stores to KEXP down to Tacoma. All these places let the bands get down.” Having those resources to nurture bands and provide platforms for new audiences to engage, Deadkill should grow beyond their fertile home quickly.

“There are a lot of places for these bands to play. We play on every type of bill: punk, metal, rock, etc. The cool thing is that all these dudes are super supportive. Seattle is always percolating. I wish hard rock and punk would start dominating but there is always that under current happening. It never went away.”

Not lamenting, but more anxious to have that synergy and frenzied feeling at a show, Mike concedes, “Bands get signed that are good, but they lack volume. I miss seeing tons of sweaty people packed in a room going crazy. Where is that?” 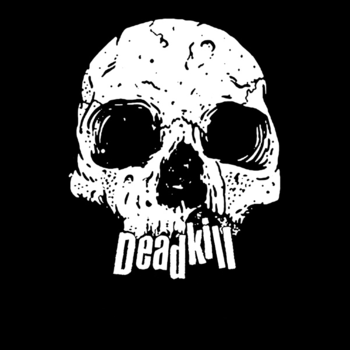 PrevInterview: Truth Corroded Ponder The Decline Of Humanity
Interview: The Wounded Kings Discuss The Meaning Of ‘Consolamentum’ In Their New AlbumNext