Dylan Carlson On ‘Full Upon Her Burning Lips’, The New Album By Legendary Earth

Guitarist and bassist Dylan Carlson and drummer and percussionist Adrienne Davies of Olympia, Washington’s Earth return as a duo on Full Upon Her Burning Lips, out via Sargent House on May 24. “I’ve been really fortunate in playing with some great people who I love,” Carlson says. “I just really wanted this album to be the core, and I felt it was the first album where the drums really get to shine.”

“Live, they’re a big part of the show, but on record, especially when you have a lot of extra instrumentation, the drums are sort of in a background role,” he admits. “With this one, I wanted everything—the guitar, the drums, and the bass—all to be very upfront. Previous records that we’ve done have been quite lush-sounding: a lot of reverb and studio glossiness. I wanted this one to be quite dry and everything upfront and raw.”

“We used a lot of percussion with the drums, so it really became part of the fabric of the song rather than the more traditional timekeeping that they are sort of relegated to,” Carlson says of the process. “I wanted to limit the instrumentation. My guitar has always been the main anchor and structural element, and on this one, I felt I was free and able to focus on a lot of melodic parts. There’s the riffs obviously, which is the structure, but then, I felt on this one that I was able to step out from that a bit and just really focus on melodic passages and adding melodic parts to the album.”

Carlson is the sort of guitarist who is capable of shifting people’s perspective on the instrument. “I feel like the guitar and the melodic part should be like vocal melodies,” he says. “I love the guitar, but there are albums that I feel are made by guitarists for other guitarists, and I don’t do that. I make music for everybody. To me, my favorite players, and the strongest players, are phrasing. It’s like a vocal instrument or a horn in jazz.”

“There’s a lot of guitarists out there who don’t think; they just go, and that, to me, is a weakness,” he clarifies. “It’s the so-called thread, just a constant flurry of notes, and it just sounds unnatural. It’s just like playing as many notes as possible. It’s like turning music into an athletic endeavor. It really drives me crazy.”

“I’ve read interviews with a few guitarists,” Carlson adds, “like Ritchie Blackmore [of Deep Purple and Rainbow], he used to listen to trumpet players to learn to voice or phrase well, and then Hendrix, especially the later stuff like [1970’s] Band of Gypsys, where you can hear him singing guitar parts. That’s, to me, the ultimate goal: the guitar should be your voice. I realized that no matter what I use, it’s going to be me, because it’s not about that stuff. It’s me on guitar, and I’m not going to sound like anyone else.” 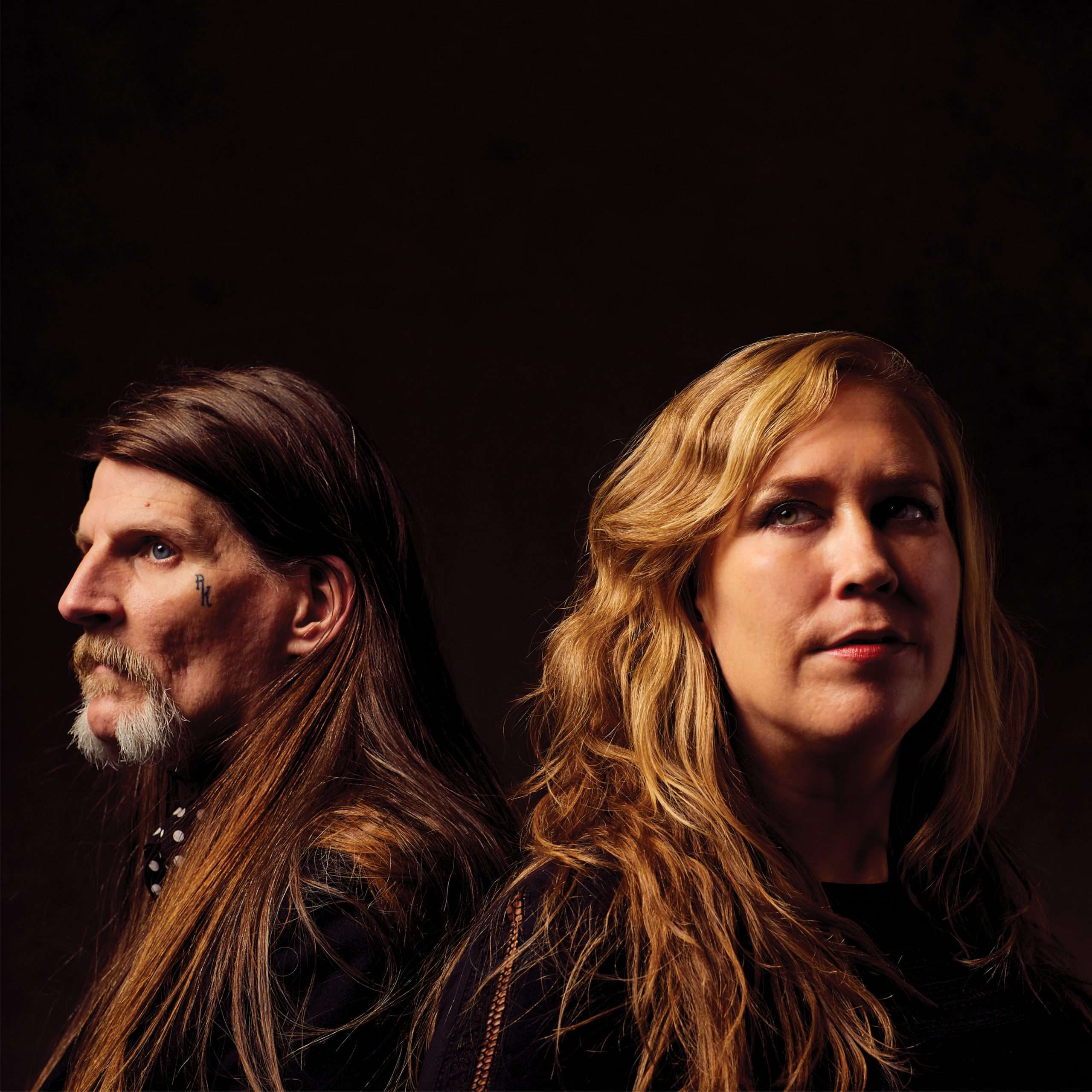 Earth entered Studio Soli in Seattle with this awareness of their identity as musicians. Familiar with the band from previous collaborations, producer Mell Dettmer assisted with the organic process of creating Full Upon Her Burning Lips. “I feel like every record is a snapshot or a time capsule,” Carlson says. “It’s that specific moment, those specific people in that specific environment, and everything influences what comes out at the end. It’s been renamed, but it was the studio where we did [2005’s Hex; Or Printing in the Infernal Method]. So, it was sort of a homecoming or a circle, and, in fact, I can’t remember which song it is, but one of them opens with some wind chimes. Those were the same wind chimes that we had used on Hex…”

“The music came quite quickly,” he continues. “There were a lot of times in the past where I had a super specific concept or conceptual framework for an album, like with Hex… With this one, the music just came so [naturally]. It was more about the music and it just coming out. In the past, I’ve had notebooks full of song titles, and as I write the songs, I go back and pick a title. This album and the songs all came, and I didn’t have titles. The titles were a work in progress, and it came about sort of at the end when we were mixing.”

Even the title, Full Upon Her Burning Lips, has a fluid meaning. “I always try to find something that has a numinous quality and that’s open to interpretation. Obviously, there’s the passionate, sexual nature of a kiss that could be referenced, and the ‘full upon’ reference, to me, is a statement of intent like, ‘This is Earth. This is what we do. No one else does this. No one else can do this,’” Carlson explains. “I really wanted to evoke sort of the feminine mystery and magic that is part of music, and especially a part of the world, that’s been repressed, ignored, mistreated. There’s a lot of stuff in there, to me, from the specifics about the band and our music to the situation of reality, that the feminine needs to be restored to its place of power and majesty. The world, and especially rock ’n’ roll, has been a boys’ club for way too long.”

atarget="_blank"
PrevTaking Hold Of The Mind: An Interview With FACS
Defining The Genre: The Get Up Kids On New Record ‘Problems’Next