Exclusive Interview: Cough and Windhand talk about their split release on Relapse Records 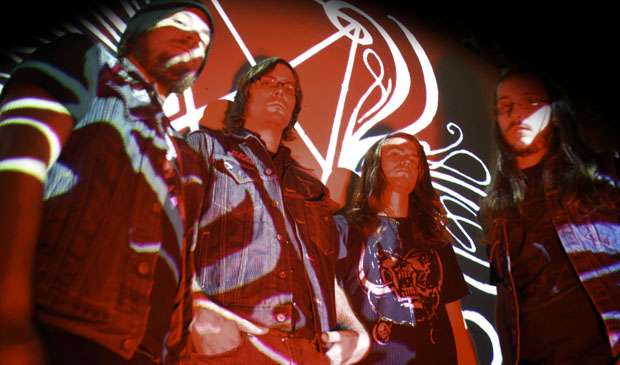 I’m not sure. I think it’s an ‘infamous’ town if you date it back to the Civil War, but it’s really just a good location.

How do you feel in the Relapse family?

We have a good relationship with all those guys.

Obviously you like the label… as you will be doing your third release with them.

Well, we’re contractually obligated but we would most likely work with them again anyway.

Are you worried about today’s kids’ disappearing attention spans hindering them from enjoying your music? C’mon…18:32 minutes is longer than Government Warning’s set.

The ‘kids’ are fucked regardless of what any band does. If you like something you shouldn’t be turned off by the amount of time it takes to experience it. If they don’t like our music, it’s probably because we suck or they’re stupid.

Did you have any kind of pre-conceived story arc or act I, II, III kind of concept; or is this just a jam session?

An athame is a Wiccan ceremonial dagger for cutting rituals. Is there a specific event the song is about?

The song is about killing or sacrificing yourself. Everything else is a non-issue.

We just wrote a song to write a song. The idea of doing a split with our brother/sister band came up and we had this song that, I think, is a bit of a departure from our normal sound. We enjoyed working together. Garrett from Windhand recorded both sides so everybody got to hear everything along the way.

Over the past 4+ years we’ve grown really close. Regardless of how they feel about it, we’re glad to see them getting some recognition.

We leave for Europe in a little bit. Hopefully we can put ‘real life’ on hold long enough to write and record the follow up to Ritual Abuse. That’s all I got so far. 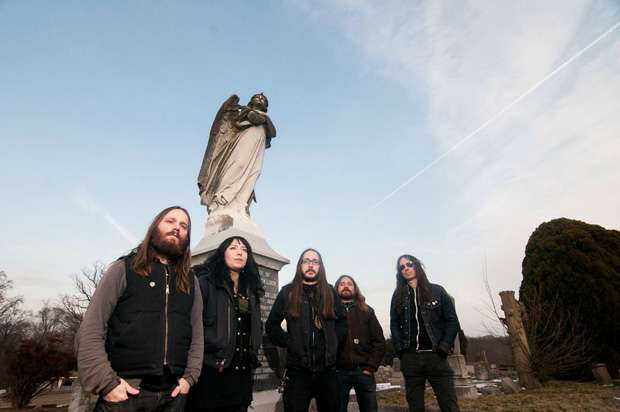 There’s great music in general in Richmond. The history, the university, the close proximity to Washington, D.C., and just being on the I-95 corridor all plays a huge part in the music. You travel west and there are mountains. You travel east and there’s the ocean. There’s a lot to be influenced by. And for the most part, there are just good people making great art for the right reasons with no preconceptions or huge expectations.

How do you feel in the Relapse family? You do not have the stereotypical sound. Obviously you like the label… as you will be doing your third release with them.

In our short tenure they’ve been really supportive. They’re a business, but they’re also music fans. They’ve put out some records that were a huge influence on us as musicians. So it’s really exciting for us to be a part of that as well.

I googled “Windhand Interview” and while I found many reviews and praises; I could not find n interview. Is that intentional? Are you shy dudes?

Yes, it definitely was/is intentional. We made a firm decision to not do interviews. We just like keeping the inner workings of the band private. Honestly, we really don’t like talking about ourselves and we’re genuinely just not shameless self- promoters. We just want to get together and play music, write some songs, and maybe make some recordings. It’s really that simple.

Are you worried about today’s kids’ disappearing attention spans hindering them from enjoying your music?

No not at all. We just write songs that make us happy. If someone else stumbles upon them and likes what we’ve done, that’s really awesome. If not, that’s OK too.

How kind of pre-conceived structure do you have in mind when you approach writing/recording such long songs?

Nothing’s really ever preconceived. Once in a while maybe a riff will lend itself to a feeling or theme, but generally we just have riffs. Maybe someone will have a few that go together and we’ll just work on them until they start to sound like “a song”. But the songs are never intentionally written to be long.

Any theme with the songs, lyrically?

There really isn’t a theme lyrically per se . They definitely reflect on the personal feelings and experiences of the writer. But we’ve always chosen not discuss or print them.

Did you discuss with Cough first?

No not at all. They asked us to do the split and we said yes. They’re our friends and it seemed like it would be a really great thing to do as a whole.

Cough asked us to do the split. We have personal relationships with them outside of playing music and we also currently share a member. So when Relapse OK’d it, it just became an opportunity for us all to get together as friends and make a record. We recorded it ourselves and worked on it as a collective. The songs we chose were a couple that where intended for the LP we’re recording now, but they fit together so perfectly for the split we just went ahead and recorded them.

We’re recording it ourselves again at our practice space. It’ll be a double LP. The songs are definitely a lot more personal this time. Which is way more reflective of who we are as a band now. It’s definitely a progression from the first LP and even the split. We’re all really, really excited about it.

They’re an amazing band, they persevere, and most of all, they’re just great people. They’ve always been really supportive and good friends to us.

The new records will be done in the next few weeks. Then a June tour and a full US tour to support the new LP when it comes out this fall. Possibly Europe in November. 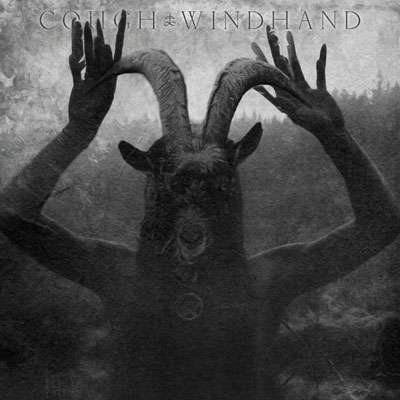