Hardcore Bred In San Pedro: An Interview with Rotting Out

If you come from the part of Southern California known as the South Bay, or are aware of it, then you know that not many good big things come from the stepchild city of the South Bay known as San Pedro. One of the best things to ever come out of San Pedro is a hardcore band called Rotting Out, a Cinderella story to say the least.

“We’re just a bunch of fucking freaks and amateurs. We’re half retarded,” front man Walter Delgado joked. “Every song is in the same key because we don’t know which way to go.”

On a hot SoCal day he and I sat in the tiny garage in San Pedro that they practice in. Delgado was born in Mexico and moved to Long Beach then to San Pedro around the age of 6. Growing up in the projects of San Pedro, like any other projects, is not the luxurious part of Southern California that one thinks of naturally.

Delgado admitted that he never really expected to leave the slummy streets. “Growing up in the projects of San Pedro, you never really think passed the age of 25,” Delgado divulged. “That’s just the mentality of some people down there. I was a welfare kid. My mom was working all the time so I was always roaming the streets on my skateboard trying not to get beat up.”

Meeting one another, the five members of RO decided to start a hardcore band that brought the sound back to the streets. The hardcore heroes of yesterday influenced them to push and make a sound that people could appreciate.

Their first full-length album Street Prowl was an album that put them on the hardcore map.

“We try to keep that West Coast sound, almost like a skate punk sound,” Delgado said. “We try to take all the raw essentials of bands like Black Flag and Suicidal Tendencies and put them into one band that we like.”

Making their presence felt with Street Prowl in May of 2011, it was a raw and dirty album that encompassed everything that RO stood for.

RO released their second full-length album Wrong Way and it should already be on your playlist since the day it dropped, almost two years to the day Street Prowl was released, May of 2013.

“This album is darker and we knew that going into it. Street Prowl was more of a presentation,” Delgado said. “This is a good foundation of what we want our sound to be. I want to say that it’s like a sequel to Street Prowl.”

The riffs are harder and the lyrics are angrier. The record itself starts with a bright sound, hard and fast, and ends very slowly almost as if it’s leaving an open ending to it, if that makes sense.

“The best analogy I can give you is that it’s like a trilogy of movies. There’s always an ending to the second that keeps it open for a third,” Delgado revealed. “The greatest things come in threes.”

Already planning on a series of albums that are sure to bring you back to the Warriors or D.R.I. one could see that there was a great deal of methodical thinking that went into this band, but that is the furthest thing from the truth.

Always in the back of our head we always had a, I don’t want to say ‘plan,’ but kinda like how we wanted things to go,” he said. “I wanted our band to be like a gun. BANG BANG BANG BANG BANG hit ‘em hard and empty the clip.” 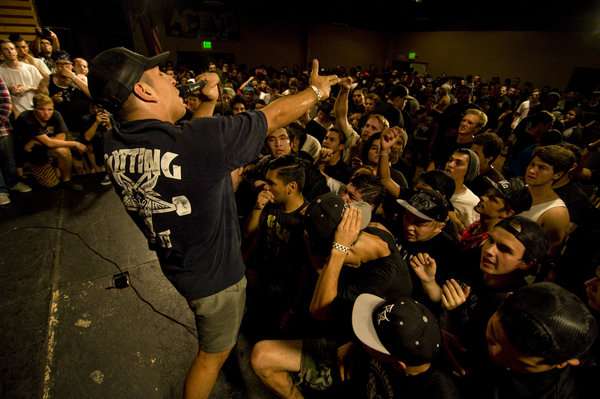 They just got off of a tour with Stick To Your Guns and A Ghost Inside. An interesting lineup for fans but just seen as an opportunity to reach out to different people by RO.

“People were giving us shit for being on tour with bands like A Ghost Inside and STYG and were asking us ‘Why?!?’,” Delgado said. “It’s as simple as this: because we can. Our goal to be on that tour was to show everyone a hardcore band from LA, that’s it. If that means I can bridge the gap from a bunch of kids that like A Ghost Inside and all those bands to listening to bands like Take Offense then fuck yeah!”

A lot of people see RO as being a hardcore band that should only tour with other hardcore sounding bands. Although it’s a misconception of what the term ‘hardcocre’ really means and encompasses. Coming from a long time hardcore fan, I’ll tell you that being hardcore is more than just being in a band with the sound of hardcore and Delgado backs me up.

“Hardcore is as simple as it is. If you want to use the phrase to promote your band or have some edge then you better be at shows supporting touring bands putting your work in and now just using the name to get kids in the room,” he said.

When Delgado isn’t on tour he’s out at shows supporting his friend’s bands or local bands, giving $10 to a band who’s just trying to get to the next town because that’s what the hardcore community is about.

Delgado tells me that STYG is a great example of this. He always sees the lead singer of STYG, Jesse Barnett, at hardcore shows supporting the local up and comers. Just because they got stuck into the genre of metal-core doesn’t mean that they’re not hardcore kids playing hardcore music.

“Read the lyrics, listen to the sound. It sounds like fucking Hatebreed. They have some beat ass riffs, straight up ass beaters,” he said. “The older you get the more you realize that nothings black and white. STYG is smart, they decided, ‘Fuck what everyone thinks were gonna do whatever we want!’ and that’s how it should be.” Delgado feels that opinions are just opinions and that you should just shake that shit off and do what you want.

This type of mentality is what RO is built on and is what they attribute their success to. They started playing backyard shows just like many punk bands. They have put the work in and paid their dues, now they tour with bands that they looked up to growing up in places some of them never thought they’d go.

“It blows my mind. We didn’t see any of this coming nor did we expect any of it,” he admits. “If you expect to be a big band, it leaves a bitter taste especially if things don’t go the way it was planned.”

Growing from backyard kegger band to a headlining touring band has become a cliché, dream come true. Even as they began to grow they never had real expectations. Delgado did admit that even though there were no expectations, there is a bucket list. The bucket list consists of bands they wanted to play with and places they wanted to go. I’m told that all that’s left on the list, as far as bands go, are Pennywise and Suicidal Tendencies. He reminisced and told me of when they got to cross off bands like Rancid, Bane Terror, The Cro Mags and Sick of it All.

The first of August RO hits the road with Take Offense, Minus and more in the ‘There Goes The Neighborhood Tour.’

“We want this tour to be all about smaller shows, smaller places, narrow spots, crazier shows,” he chuckled. “It’s the capacity is 50? Let’s get 120 kids in there! That’s what we were always about.”

Looking at the hardcore scene, there are a lot of bands but not many that make it big like RO has. A lot of bands make it big, change their tune and continue playing shows when the passion has obviously diminished and has been burnt. Delgado assures us all that RO will never be that way.

“We’re gonna see how far we can take this. At the same time we’re not gonna drain this until we get stale,” Delgado said. “This band will end when it needs to end.”

Until then they continue to tour and play shows that spread their in-your-face-hardcore sound. Delgado did tell me that they have a six- week US Tour coming up in the fall with Stick to Your Guns. The interesting part is that neither one of them are headlining, but he did say that it’s going to be a nice surprise when it’s revealed. 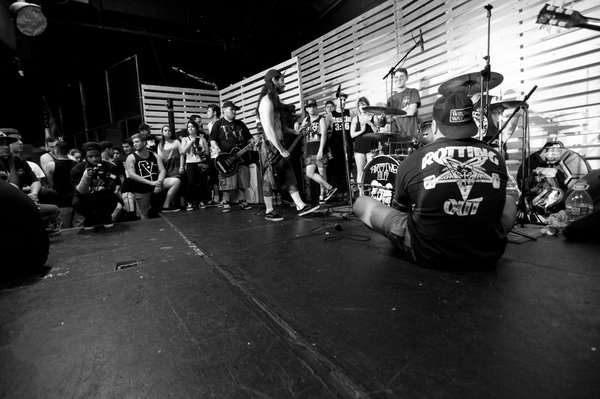