Plagues of Babylon, the latest from metal titans Iced Earth, is simply incredible. Hats off to the kings.

I say Iced Earth is Powerslave Metal, because they have Setians and pyramids, horror, and great melodic vocals, as well as heavier riffs from the thrash school. But first and foremost it is just plain great heavy metal. I love various eras of Iced Earth and debate them regularly with my cohort Drewdas Priest, so I was shocked when Drew (and actually Stu’s live performance on the recent Live in Ancient Kourian) really sold me that THIS current Iced Earth is the best line-up ever. I am a huge Barlow and Ripper fan, but new vocalist Stu Block kind of does both better than themselves lately, and without losing his own identity in the process.

Iced Earth’s catalogue is now in synergy like never before on stage. I would love to be front row with this line up and see them perform everything from “Dracula” to “When Stars Collide (Born Is He).” The new lineup kicks ass and all bands should bow before them.

“I don’t smoke cigarettes or drink a lot of booze and stay up until seven in the morning on what we call “a school night.” Party hard when it’s time to party hard,” Stu says. “I love this band and want to do this with respect. That said…we recently went out with Volbeat. They are really close friends of ours,” says Stu, remembering the road. “It was a really fun time. At the end of tour when people do the tour pranks we decided to dress up basically like dirty pirate hookers. We all got the most horrible whore outfits we could. I wore a very short skirt. Jon (Schaffer) had this amazing outfit. It was insane.”

Not all recent times have been purely play, as Iced Earth 2014 means business more than ever. On the heels of Dystopia and the new live DVD, Plagues Of Babylon establishes this line-up as kingshit of zombie fuck-Snake Mountain. Humans and Setians rejoice. I even asked Stu if fans could get more points if they interbreed with Setian lizard women and he said to “bring lots of moisturizer” and encouraged us to find them in a small town bar nearby.

When pressed for influences to his soaring vocal style that still packs wallop, Stu cited everyone from Barney and Napalm Death to the mighty Bruce Dickinson and even Cam Pipes from 3 Inches of Blood, who Stu used to watch perform at old school shows in their mutual Canadian/Hoth stronghold/metal scene.

“I don’t categorize us as anything else but heavy fucking metal,” Block insists, using a term that encompasses all the varied and vital hues the band has incorporated into their style over the years. He also told us it was -45 where he was and so not to whine about our measly Upstate, NY cold front. This dude eats Polar Vortexes and spits them out as high- pitched wails. 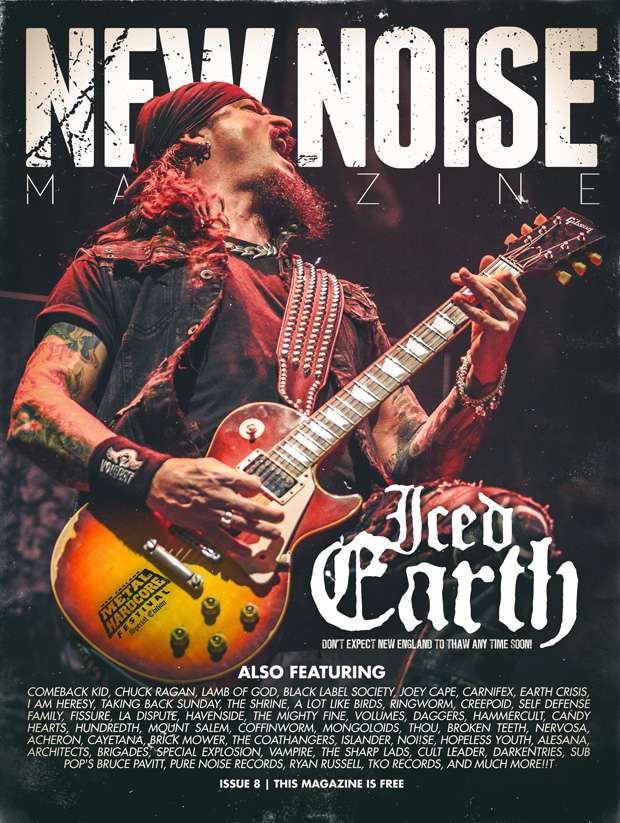 PrevAll That Remains Talks About What They Love About NEMHF
Interview: Sam Black Church Playing Third Show In 14 Years At NEMHFNext