Your band’s name is Averse Concept, which means “a concept of opposition.” What is it that you guys are opposed to?

I suppose the name comes from deep rooted feelings always looming above you. The music for me is my escape to try and present a message, or expression that could not be otherwise. Averse Concept to me simply means exploring the darker sides of your mind in hopes to release them. The topics range from sorrow, anger, to failure. Things that aren’t exactly fun and most people obviously dislike. But that’s the idea is to dive deeper into them.

I really like the fact that you guys broke out of the box on this one and attempted many different styles. How did all this come together and how do you feel about the finished product?

Thank you. I suppose from listening to bands that inspired me by going their own way. The music represented on the release was simply a mixture of everything I was listening to at the time. All while keeping in mind I wanted a backdrop that was roughly black metal. I really enjoy the finished product and hope that others do as well. 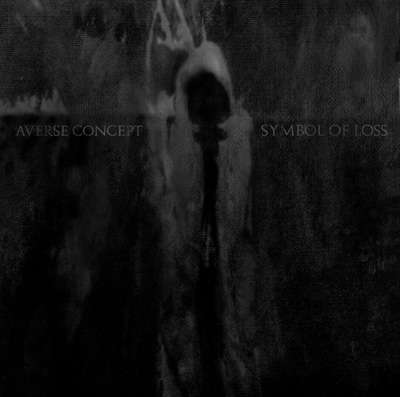 Everything was really smooth. We had everything rehearsed beforehand and knocked it all out in two or three days. I really enjoyed laying down the vocals. It was my first time recording any kind of vocals. I really poured my heart out as much as I could for the performance and gave it my all.

Read our review of Symbol Of Loss here.

What is the symbol of loss that you are referring to on the album title? Would you consider the album itself to be a symbol of a possible mourning for mankind?

I like to leave it open for the listener to plug in their ideas into it. Although I have a set thing in my head, I tried not to go into too much detail. I think that the most interesting part about art is interpretation.

Without going into too much detail, what are some of the concepts that you have dealt with on the album? What are you trying to address on this record? Are any of these topics personal?

The album is exploring the stages of loss (of any kind). If you listen to it from front to back you’ll notice how all the songs interweave. They are all truly on the same topic going in a linear fashion. From “Grey Skies” being a premonition of things to come to “Welcome To The Trance” truly opening the album; all the way to “Clouded Recovery” closing the album with the same intro as “Grey Skies” but with a distorted guitar now. Yes it was a very personal record with every song having a meaning to me. I was simply addressing the way I felt about things that have occurred in my life.

What could you cite as inspiration for the band’s sound? I’m hearing a lot of Sculptured, myself. Since they’ve always been one of my favorite bands, I clung immediately to your sound. You’re definitely taking cues from the best.

I’ve actually never listened to Sculptured, so I’ll have to check it out. Although I couldn’t pinpoint one band for the music side of the band I could defiantly cite bands like Nachtmystium, Altar of Plagues, Woe, Agalloch etc. Although all bands listed are way more “black metal” then we are, I truly loved how they all took their own spin on extreme music and took me for an emotional and immersive listen.

What do you feel about human society? Are most of us just drones that work a boring shift for some huge corporation every day and then go to bed to have it continue again the next day? Are we indentured servants?

I think some of us are. If you really want to, you can find your way around it. But to be honest I don’t really pay attention to anyone or almost anything except the things I or loved ones do.

What do you feel about the concept of religion and spirituality? Do you believe in anything at all, or are we doomed to an endless grave?

Whatever works for people is cool with me. As for my opinion, it’s an endless grave.

What kinds of guitars, bass and drums did you guys use on this record. How do you record your vocals?

I know I used an Ibanez RG1527 for a guitar plugged into a peavey 6505. For drums I actually have no clue what Patrick used. For bass I just borrowed a friend’s and totally played it like a guitar player (laughs.) Vocals I recorded as immersed as I could within my lyrics and just put my all into it. That for sure was my favorite part about the recording process.

What do you think will happen to us in the next ten or twenty years? Is mankind in for a rough future or is there even some semblance of a chance that we’ll save ourselves from the disaster we’ve caused? If there is a way to save ourselves, what would it be?

Not to sound weird or in a manner of blowing off this question, but to be completely honest; I don’t know and I don’t care. I’ll do what I’ll do. Make some music and live life I suppose. I don’t pay much attention to what’s going on in the world. The world has been a disaster since mankind has existed; it’s just what this planet is.

What do you guys do when you’re not playing music?

Nothing interesting. Life live, work and try our best to enjoy ourselves. Like anyone else I’m sure.

Where can we see you live, if there are going to be any shows for this album?

As of now, nowhere. I live in the Philadelphia area and Patrick lives in the Los Angeles area. I’d love to promote the album more with shows but as of now nothing is really going on. I’m fine with that really though. With the internet nowadays people can still find out about the band.

You can stream the whole album on our Bandcamp page: http://averseconcept.bandcamp.com.

PrevInterview with The Joy of Painting: A Non-Punk Rock Band on a Punk Rock Label
Joey Cape and Old Man Markley Interview Each OtherNext