Beartooth hasn’t been around long, but they sure have made an impression. With the release of their EP Sick late last year, the group received well deserved spotlight and praise and with the release of their record Disgusting the band has once again taken a run at the crown for their genre but originally, there was only supposed to be one record titled Sick and Disgusting. 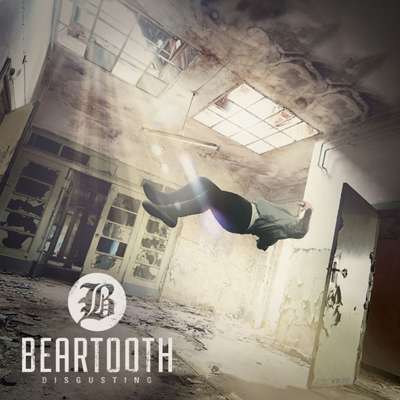 “It was easier,” admits guitarist Taylor Lumley. “We wanted to get a release out for fans as soon as possible, but the full- length was nowhere near finished so we decided to put four songs on an EP and release that while we started on the full- length. Only one of the songs carries over, but they all share a lot of the same themes.”

A record isn’t just a collection of songs that have no emotional meaning. They are forever tied with the artists that create them.

“It’s a continuation of where Sick left off,” says Lumley. “A lot of personal feelings that were dealt with along with growing from those experiences and how that shaped our view of the world around us.There’s songs on there that touch on a lot of subjects, both inward and outward.”

Music is an art form, an expression of emotions that you pour out into your work but sometimes. Artists have to walk a fine line between staying true to who you are and still pleasing your fans.

“I think first and foremost the art form and expression is the most important,” says Lumley. “If you’re writing music to please other people, then you’re not really expressing yourself. But, for all of the people that have loved and supported your honesty and your artwork, I think you owe them an immeasurable debt of gratitude.”

The band recently went on an overseas tour and Taylor couldn’t be any happier with its result.

“It was unreal, honestly. The fact that there were people on the other side of the world singing our songs back to us was an incredibly humbling experience.”

While touring can make a band, it could also cause destruction and potentially destroy the band but this isn’t a problem for the veterans of Beartooth.

“Everybody has their own thing,” says Lumley. “I think all of us have been touring for long enough, that we just understand that things get hectic sometimes and to never get upset about it. We’re all pretty easy going and relaxed, so it’s simple for us.”

As for the band’s sound, Taylor has only one way to describe it: “it’s loud.”

PrevInterview with Bölzer vocalist and guitarist KzR
Interview: Crowbar’s Kirk Windstein talks about the new album, love for his family and relationship with DownNext