Interview: Betrayal on the most comfortable sleeping position imaginable and the appropriate time to play their music

Ok, let’s be honest for a second. What’s going on in this photo? Is he pissing?

[Laughs] That’s Andrew, our bass player. He’s not peeing. Just modeling his body for the sake of metal and hardcore music.

We all have equally bad or nasty traits in the van. I could really go into depth but I’d like people to want to continue reading this interview. [Laughs]

I guess you’ll have a lot of time to deal with tour van shinanigans as you’ll be on the road for a very long time. You have the current “Beaches, Babes, and Breakdowns” tour with King Conquer, Aegaeon, Seeker and To Each His Own, followed by the “Home Is Where I Roam” tour with Vanna. Do you guys plan on sleeping comfortably at any point the rest of this year?

We really just don’t know. Van sleep is the worst sleep, we all know that. If we find a house to sleep at, we never know if it will be 5 feet of wood floor that we all have to share, or an abundance of temperpedic mattresses. We might get lucky here and there but we’ll always make the best of it.

Were you able to sleep in the most comfortable situation imaginable, how would that be, who (or what) would be there, etc.? Describe the scenario.

Four Seasons resort, king mattress, too many pillows, white sheets, night stand with a fresh Thai Tea Boba waiting for me, Julianne Hough to the right of me, 47 inch flat screen playing Nacho Libre on mute with Kesha’s latest album Warrior playing lightly in the background.

Your new EP is coming out soon. What’s the word on that? Is there a title, a release date, people gonna be able to pick it up at upcoming shows?

No title, no release date. Still in the works. Really putting everything we have into this thing. Expect to be able to pick it up early 2014.

Cool, so check this out – I’m at home, chillin’. I just brought over a lady friend and I’m tryna get her to fall head over heels for me, so I’m looking to set the mood. Do I throw on your new EP?

If you’re looking for a romantic situation, throw some Boyz II Men on. If you’re trying to cruise down the highway with your chick and sing along to some good, anthem-y hardcore/punk rock, throw the EP on.

On the subject of relationships, and on a more serious note, your single “Pieces of Home” touches on changes in relationships. Did this stem from being on the road a lot or was this a combination of different paths you’ve taken in life?

That song is solely based around changes from being on the road. But it can be interpreted in any way the listener can relate to. 99% of the time that we come home from tour, things change, people become enemies, arguments happen, family life changes. It’s hard to cope with. I’m sure most touring bands can agree.

What impact do you think the upcoming tour will have on relationships when you finally return home?

Hopefully positive ones. But we’ll have to just find out when we get back. 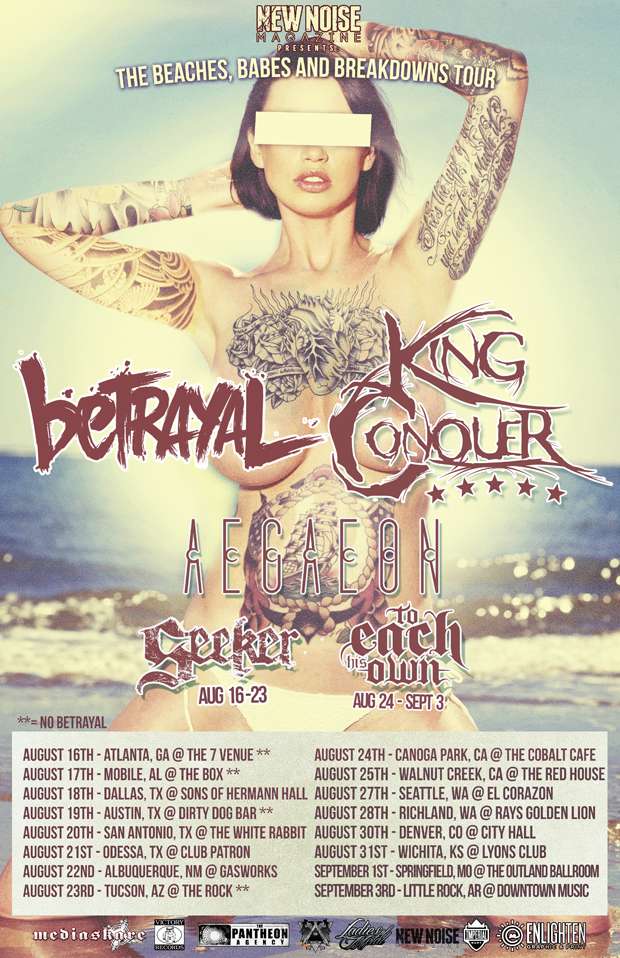