Interview: Cheetah Chrome Talks About His Role At Plowboy Records And Their 2014 SXSW Showcase

Photo by Anna O’Connor | By John B. Moore

Cheetah Chrome is one of the godfathers of U.S. punk music. He’s co-founder of The Dead Boys and Rocket From The Tombs. Hell, he’s so iconic Ron Weasley from the Harry Potter flicks played him in a movie about CBGB’s. So why not add label exec to the already impressive resume?

Based in Nashville for the past few years, Chrome, alongside two others, founded Plowboy Records in the Music City just two years ago. As the label starts to expand its roster and preps for a new showcase at SXSW, Chrome was cool enough to answer a few questions about his new gig.

“The song ‘East Side Story’ has got a lot to do with my getting clean
and getting away from my old life.”

I know you’ve been living in Nashville for years. How did you first connect with the folks at Plowboy Records?

I met Shannon Pollard at a kid’s birthday party (laughs). My son goes to school with his two daughters. We hit it off well, being the only two similar characters at that school (other than Jack White, who is never seen), and when he heard I was cutting back on touring so much, he asked if I would be interested in helping him to start the label.


Can you talk a little about your role as Creative Director and A&R Director?

You left out “Director of Special Projects!” [Laughs] We tried to make it as vague and sweeping as possible, because with only three of us running things we all wear a lot of hats, and “All Around Guy” doesn’t look as good on a business card. Basically, we all do a bit of the same thing, but I sort of keep things headed in the right direction, [and] keep things from getting out of control as far as what sort of acts we work with. Being in Nashville it’s easy to get stuck in the Americana /Country rut, and that’s something we agreed we wanted to avoid from the beginning. We want balance, and I can provide that, being equally disdainful of all trends and hype in the current music world. I’m the house curmudgeon! I also work with artists on their contracts and then their recordings, sometimes in the role of producer, sometimes just an extra set of ears. And then I put together things like our SXSW showcases and Music City Roots, all of the logistics that go along with that.

What do you look for in bands you are thinking about signing?

We just really have to like the music. That is the main thing. Of course there are other factors, but that is 80% of it.

You have had some bad experiences in your own past with labels screwing you over. Does that make you more sympathetic to the artists that you are looking to work with?

Oh yeah, it has a LOT of impact on how I deal with artists. We like being artist friendly, and avoiding all of the crap that labels used to make bands go through. We give our attorneys high blood pressure.

Your latest solo record is comprised of some older material. Have you been writing more recently?

When I have time I play guitar; try to write. I make demos at home. There are a few things on deck you should be hearing soon!

Any plans for some more music from you soon?

Well, no studio time is booked, but I’d say by next year there should be something. I may very well experiment with some digital singles, seems like that might be fun.

You are about to tour behind the new solo EP. How has touring changed since your time in the Dead Boys and Rocket From the Tombs?

Yeah, we have Plowboy SXSW Showcase at Saxon Pub on March 15th, and the gigs with the Streetwalking Cheetahs in April. Also, I will be doing two shows in Toronto during Canadian Music Week, backed by my good friends the Screwed. In terms of change, I guess the amps have gotten smaller, you can get a good sound out of a small amp now… and it’s a lot more merch oriented than before.

Do you listen to any current punk rock bands?

Not really, I don’t have a whole lot of time to listen to music I’m not working on myself, or that one of our bands is. When I do have time, I usually listen to the same music I’ve listened to my whole life, my old friends. I do periodically listen to the radio, see what’s around; there’s some nice things, but I have no clue who they are!

A Dead Boy’s Tale was one of my favorite rock biographies. Have you considered writing another book, taking off from where that one ended?

Yeah, it gets tossed around a bit, that idea. I did have to skim over a few years due to space in the autobiography, didn’t have enough pages to get it all in – and they gave me an extra 50! I probably will get around to it at some point, but there just isn’t time right now. Writing a book is an incredibly time consuming task. When my son is older and doesn’t want to hang around with me anymore, maybe. I don’t want to miss the time with him right now.

Solo is out now on Plowboy Records. You can get a copy here: iTunes | Physical 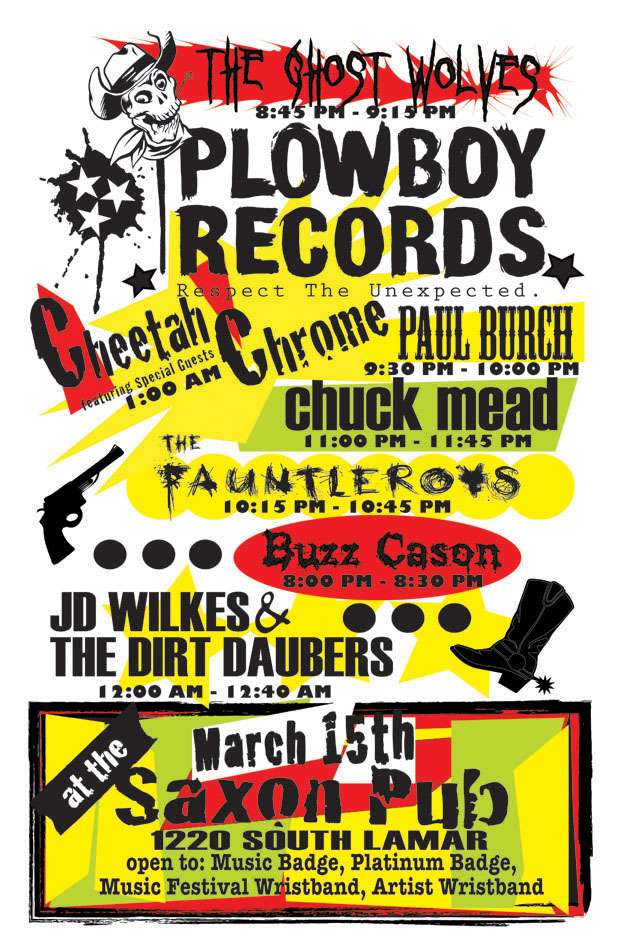