Not many bands can capture the sorrow and youthful angst of growing up like the members of Citizen. Their lyrical content and 90s grunge mixed with emo and melodic hardcore sound has struck a cord with audiences who show a profound connection to the music that they make, stagediving and screaming along with every word.

Formed in 2009 during their high school years in Michigan, by early 2012 they had signed to Run For Cover Records and released their EP Young States, as well as a split with label- mates, Turnover. In February of 2013, Citizen entered Studio 4 with producer Will Yip (Title Fight, Circa Survive, Daylight) to record Youth, which delicately combined genres into a beautifully crafted album.

Since Youth’s much lauded release, Citizen has quickly risen to become one of the most well-known bands in the alternative music scene. This past summer, they completed a full run on the Vans Warped Tour, and this March they will be heading out on tour again with The Wonder Years for their North American tour with Defeater, Real Friends, and Modern Baseball. I had the chance to talk to guitarist Nick Hamm about where the band gets inspiration from, their writing style, and some memorable moments as a band.

Your band combines elements of emo, grunge, and punk, but where specifically do you draw inspiration from for your music?

The cool thing is that we all listen to very different music. Over the past few years, I have been really influenced by bands like Sonic Youth and Hum, whereas Mat gets inspiration from music that’s more pop- centric for his music and melodies.

You recently released the music video for your song “How Does It Feel?,” which is the slowest and most tender track on the album. It was filmed in your backyard, which gives a bit more intimacy to the overall feel, and was shot by Rob Soucy, who’s also done videos for Man Overboard and Alkaline Trio. It’s a lush, yet simple treatment of the song and works so well. What was the inspiration for the smoky theme of the video?

We originally planned to do a concept video, but after talking with Rob we decided to scrap it and focus more on what looked good aesthetically.

What song on Youth has the most personal meaning for you, and why?

I think “The Summer” just because it is the perfect mix between Mat’s writing style and mine. I think it represents us very well as a band, and it really captures the vibe we were going for on the record.

How would you describe the difference between your writing style and Mat’s?

Mine is a bit more aggressive and rock influenced, and Mat is great at writing really melodic, sad songs. I think that if you listen to the record closely, it’s pretty easy to tell which songs each of us wrote (laughs). 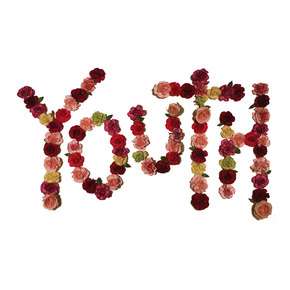 Why did you choose to name the record Youth?

There’s not really a good story behind it, but as we were writing the record, it popped into my head. It was originally just a working title, but it really popped out at me, and from there it gave me the idea for the album art. We were unsure of using it at first, but it stuck.

Have you guys been working on any new songs for your next record?

We have been trying to here and there. We aren’t touring until March, so we’re gonna use the down time to chill with friends and family and hopefully work on some new stuff. We will probably have a new record out by 2015. I hope we record next year, but currently, there are no plans set in stone yet.

What do you enjoy most about playing in Citizen?

I would probably say playing shows. I have never really noticed it until this year when we started playing our new songs. We played the same set for years so it was really refreshing to play a new set (laughs). Plus, I really love that we get to travel.

Where is your favorite place to play?

We haven’t been too far. We have never traveled outside the country, but my favorite city by far is Philly. Whenever we play there, the shows are always crazy. Also, Boston is one of the coolest cities in the U.S.

What are some bands you enjoy listening to while on tour?

I have been listening to Kanye’s new record nonstop lately. Also, Wild Nothing just put out a new record, and that’s super good. Mat is usually the DJ of the van, and he only listens to the same four bands, so whenever he is driving, I usually just put my headphones on and listen to Kanye.

Where would you like to tour that you haven’t had the chance to yet?

We would like to just get overseas in general, but I think it would be really cool to hit Germany. My brother [Eric]- who also plays bass in the band- and I took German in high school, and we remember a tiny bit. I think that would be an awesome experience.

While you guys are on tour, what is your favorite food to eat?

Lately, we have been eating a lot of Thai food. The best place to get Thai is at Chiangmai in Conshohocken, PA near Studio 4. Nowhere will beat it.