In 2010, when Indiana’s Coffinworm released the monstrous When All Became None, the internet hype machine exploded. They were quite frequently hailed as one of the next big things in extreme metal – and for good reason. Now four years later, they have once again unleashed an album that will be looked at as a major game-changer in the form of IV.I.VIII. I recently got the opportunity to discuss the new album with guitarist Carl Byers and find out more about how the album came together, its overall sound and the “no holds barred” attitude of producer Sanford Parker.

It’s been about four years since you guys released When All Became None, which seems like an eternity nowadays. What have you guys been up to since the release of that album, and at what point did you begin the writing process for IV.I.VIII?

Writing for IV.I.VIII began in the summer of 2010. We never rush the songwriting process, so the timeline for when the next record would be completed wasn’t a priority. Our only goal was to write the best record we could at the time. There were quite a few songs that we finished and then scrapped completely, as they didn’t have the intended power or personal connection to us once done. I think it was worth the time and wait, though. This is the best record I’ve ever been a part of writing and recording, and I think the rest of the guys would say the same.

When you first started working on new material and preparing to go in the studio, what was the band’s mindset like and was there anything in particular you learned after writing the first album that you were able to apply this time around?

Well, that was a period of years and a lot happened that shaped how we play together, how we write music, etc. Specifically, when Tony left and I moved from drums to guitar. Having Josh come into the band to fill the drum spot was a huge leap forward, although it took some time for all of us to lock in together as the new lineup. That was good, though, because I think it changed how we wrote as a band compared to the first album’s material.

As far as what we learned after the first album that we were able to apply this time, we worried less about the end result of how the songs would sound. Writing wasn’t from a perspective of being “in-the-pocket” for a specific style of music — just whether or not it gave us a certain feeling. When we entered the studio, we already had six solid, full songs, but the mindset was that they would be the foundations. The real glue for the material was overdubbing the layers of additional instrumentation and noise, and there are a ton of layers on the new record. Juxtaposed with the writing/recording sessions for ‘When All Became None’, the process for ‘IV.I.VIII’ was slow and at times frustrating until we hit the studio, but we went in confident and ready to try anything this time around. Hence, the huge differences in production and, in my opinion, a much better record that doesn’t sound like anyone else.

With all the praise you received for When All Became None and the high anticipation from fans for a new record, did you feel any pressure to go more extreme or try to outdo that record when writing IV.I.VIII? 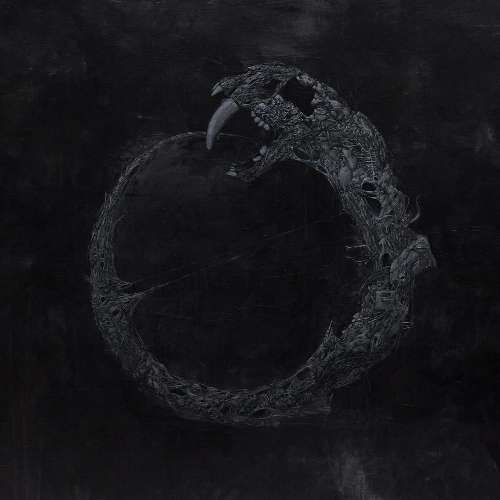 That’s usually the goal for any subsequent record you make as a musician, so to outdo the first record? Sure, but not to please anyone else other than ourselves. It’s an incredible thing when others connect with what you do, and for that we are grateful, but the fan perspective doesn’t really enter the writing process (at least for me). My only goal is to write something that, both as a musician and a fan of music in general, I find interesting and hope that it does the same for anyone interested enough to give us a listen. Bottom line: No one wanted to put out a shitty record and we weren’t about to half-ass the second album.

One cool thing about your music is that it’s hard to fit under one particular genre due to elements of black metal, doom, death metal and more crammed in. What is it about your writing process that allows you to utilize sounds and styles from a lot of different genres but still maintain your own unique sound?

That’s always been our intention from the beginning of the band, to not limit the sound to just one niche. Pure breed bands are great, obviously, but it’s not always all that interesting as a listener. For us, writing isn’t a formula or guided by a set of parameters to stay within. If someone has a riff or a structure that gets the group approval at practice, we work on it and let it evolve until it feels finished. I think that last part is what maintains our sound, even if there are several elements woven together within one song from different genres. It’s like how great guitar players always sound like themselves, no matter what guitar or amp they may use — it’s in their fingers. Same concept, but in this case it’s the individuals that form the whole of our sound. We have a few stylistic things that are a ‘staple’, but there’s not really a template for a Coffinworm song.

How did you guys decide on using the title IV.I.VIII for the record and what is its significance?

It’s a numerological reference of great significance to us as a band that encompassed the events of the last few years, and especially the time leading up to recording the album. It’s personal to us, so I’m not going to give a detailed explanation, but I will say that for those curious about the meaning the knowledge is there if you seek it.

Is there a particular lyrical theme or the concept for the record and if so, does the album title and artwork tie into that at all?

To quote Dave regarding the lyrical theme: “The first was a lyrical narrative of someone coming unraveled at the seams, and basically saying, ‘I fully embrace death. Not only am I not afraid of it, but it can’t get here fucking fast enough.’ The second record is more a cognitive dissociation of realizing I am not that person. I wasn’t that person when I wrote those lyrics, but I kind of became that person from writing those lyrics, so this was kind of saying, ‘Hey, you’ve broken the circle, you’ve broken the bonds, you’ve broken curse.’ Terrible things have happened to good people, and fantastic things have happened to total pieces of shit. Sometimes you just have to sort the pieces out and do the best you can.”

The cover art that Scott Shellhamer created was an extension of the lyrical theme as well as the title’s personal significance.

Where do you get a lot of your ideas from as far as lyrics go and how much of your lyrics would you say are inspired by books and movies and art versus current events and things you observe in every day life?

I wouldn’t be able to speak for Dave on that with any authority, but I can comment that the lyrics are usually introspective rather than being based on books, movies, etc. Outside influences obviously shape all of us in the band and what we create on a subconscious level, but for the most part the music and the lyrics are rarely a ‘tribute’.

As far as the production of the record goes, what led to your decision to go back to Sanford Parker to do the album and what is it you like most about working with him?

Sanford is amazing at what he does and besides being a great engineer/producer, he’s also a friend. He gets us, both as people and as a band, and jumps in to get his hands dirty in the studio. I’d sent him pre-production demos of the songs, so he already had some ideas when we showed up, but the main goal was to go “full-retard” on this record, and I think we achieved that collectively. Throwing synth tracks on a few songs? Rhodes through an octave fuzz pedal into a bass stack? Piano? Banging on a rusty piece of furnace? No idea was shot down. By the time we came back for the overdubs session it was insane how many layers of nasty guitars and supplemental sounds we’d amassed. Major kudos to Sanford for encouraging the chaos and being able to make all that shit fit in the final mix. Also, he brought the recording studio, Earth Analog, to our attention and I can’t say enough good things about it. I don’t want to make another record anywhere else.

After working with a guy like Sanford who has done amazing records for bands like Indian, Rwake and Voivod and countless others, how does it feel reading him say that the recording process for IV.I.VIII was “one of the most insane and craziest albums” he’s ever been a part of?

That blew our minds and to me is the ultimate compliment. I couldn’t care less if anyone else said they liked the record or not after that. Ha!

I’ve noticed that you guys don’t do a ton of touring usually. Is that something you’ll be doing more of in 2014 or are there certain things that still make that difficult to achieve for you guys?

We’ve done some short jaunts out to New York City and played SXSW in 2010 right before the first album was released. Touring has never been a priority for a variety of reasons, but if an offer came up and we were able to do certain dates we’d make it happen.

PrevInterview: Jess Williamson Talks About Finding Her Roots And Learning To Be Alone
The Reverend Horton Heat Revs Up Rockabilly RootsNext